Ennio Morricone, The Loveable One on The Hateful Eight 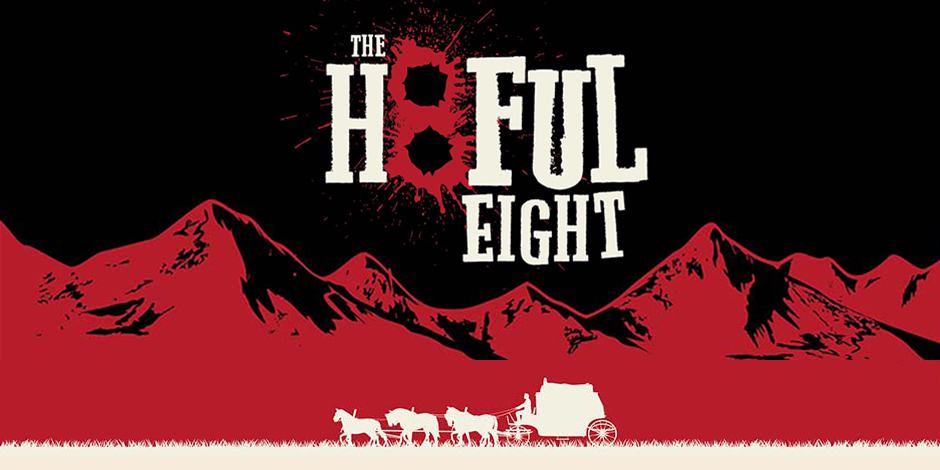 This was bound to happen, amirite? Not talking about the fact that Yeezus named his son Saint or that you have already dropped your new year’s gym resolutions, I am talking about the collaboration between Quentin Tarantino and Ennio Morricone on The Hateful Eight. The director has already used several of Morricone’s arrangements in the past (in Kill Bill, Inglorious Basterds and Django Unchained) and has ranked him number one on his all-time favourite composers list, above Bach and Beethoven. Jaysis, isn’t that what love looks like?

But things haven’t been that simple. QT had to work for it. After a first missed opportunity to work together on Inglorious Basterds —due to a lack of time on Morricone’s part— QT made a faux pas in the eyes of the composer who allegedly complained about the use of his music in Django Unchained. Even if this is true, Morricone apparently quickly got over it and succumbed to QT’s incredible script (that the director got translated into Italian and delivered to Morricone) and charm (QT flew himself to Rome to woo the composer): “The script was absolutely interesting. But I was also encouraged implicitly by the fact that he used a lot of my music in his other movies.”

Boom. Done deal. This collaboration was kind of a first time for them both. Tarantino said in the past that he “didn’t ever want to trust a composer with the soul of [his] movie” and The Hateful Eight is Morricone’s first Western in a few decades. So last summer, in Rome, QT told the Italian composer that he’d only have one month to create the score: “He thought I hadn’t started shooting yet, so he was talking to me and I was like: ‘No I’m done shooting and I need the score in a month.’” Because he thought he wouldn’t have enough time, the maestro agreed to write a theme instead of a whole score, and knowing how big an influence John Carpenter’s The Thing had been on The Hateful Eight, he used some music he had written for the Arctic thriller that was not included in the final cut.

Eventually, Morricone found himself so inspired by the script that he wrote a whole bunch of new original music. QT stayed out of it and did not give him any direction. The composer’s two main goals were then to surprise QT and not to repeat himself. The maestro says it would have been absurd to give Tarantino a Sergio Leone score and this would have damaged the film instead. The opinion of the two men diverges when it comes to labelling the music. For the director, it’s more a horror film score whereas the composer envisions it as an adventure movie score. Nevertheless, they agree that it is not a Western score. 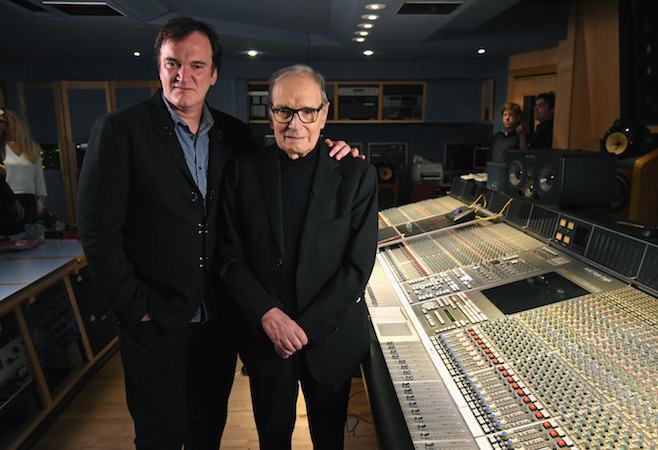 So no cracking whips, no guitar twang, no whistle in the Hateful Eight soundtrack, but it is still very identifiable, very Morriconesque. Written and orchestrated in two weeks and recorded in one with the Czech National Symphony Orchestra in Prague, the score, with its piercing strings and troubling woodwinds, perfectly matches QT’s images, from the white desert of the first half of the film to the closed-door second part. True to his reputation of creating the best mix and match soundtracks, the director cannot help but adding his personal touch to the soundtrack with “Apple Blossom” from the second White Stripes album, David Hess’ “Now You’re All Alone” from The Last House on the Left soundtrack and the 1960s track by Roy Orbison, “There Won’t Be Many Coming Home.”

In spite of the few alleged skirmishes, the Italian maestro says he is ready for more shenanigans with QT in the future. Yes please, can we have some more of that?

Inside Carter Burwell’s Cabinet of Wonders

Ryuichi Sakamoto’s score for The Revenant 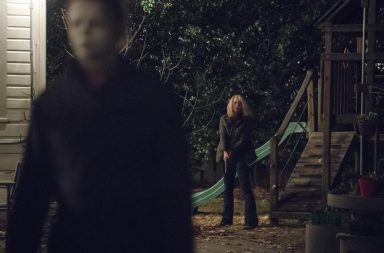