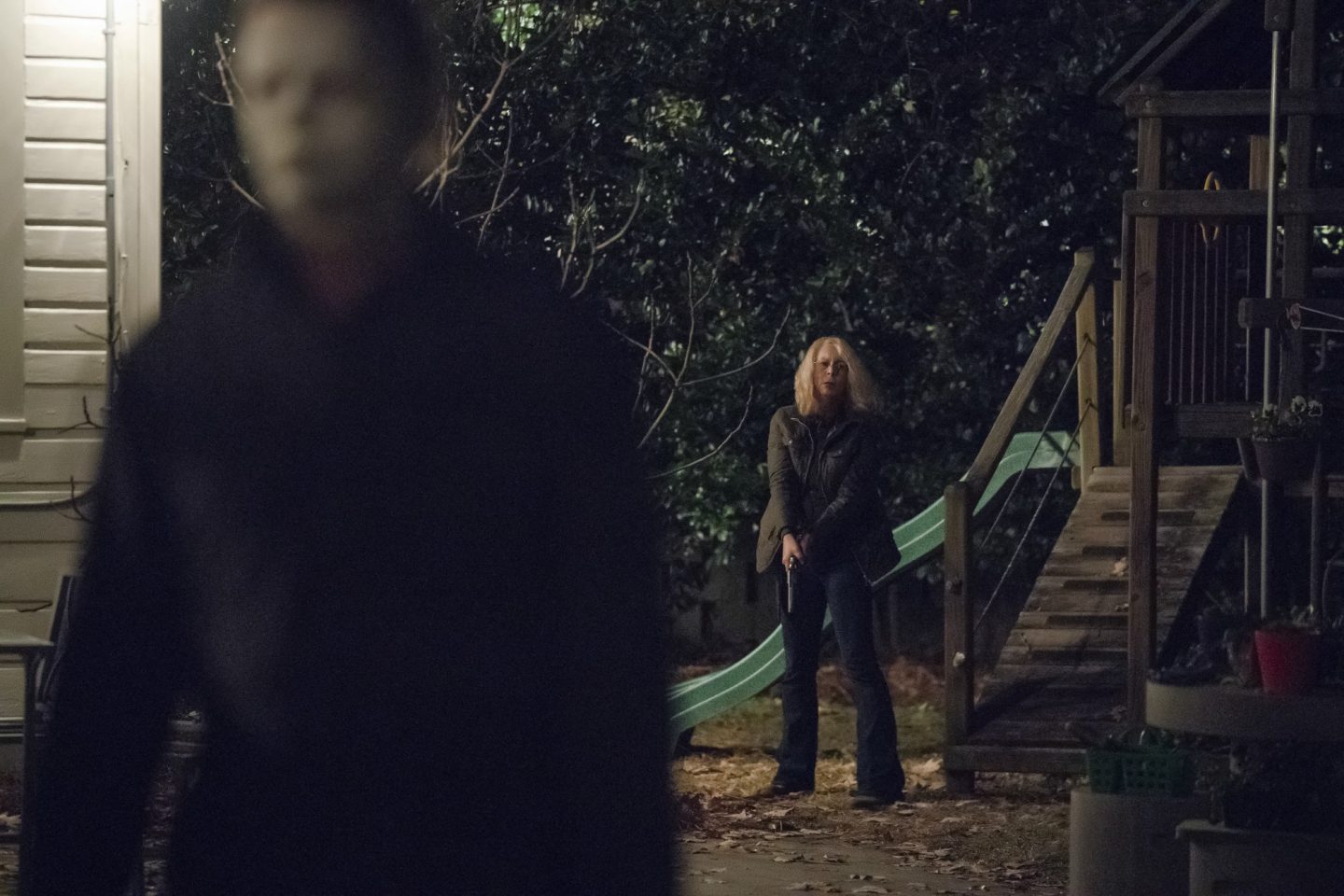 Although this year has already met quite a few long-awaited film score expectations, there is little doubt that there will be no bigger event than John Carpenter’s comeback as a composer for the latest installment of the iconic horror saga he created 40 years ago. Among all the legendary titles in his filmography, Halloween (1978) sure is a landmark film. Though he was only 29 when he finished the masterpiece, the film established him as a director and a composer, and defined both his cinematic and musical visions and styles.

Forty years later, after releasing his first three studio albums (Lost Themes, 2015; Lost Themes II, 2016; Anthology: Movie Themes 1974-1998, 2017) and going – for the first time ever – on tour, the Master of Horror is kind of making every fan’s dreams come true by scoring David Gordon Green’s Halloween, the Blumhouse-produced sequel to Carpenter’s original masterpiece. And this is quite logical if you think about it, since Carpenter scored Halloween II (1981) and Halloween III: Season of the Witch (1982) – although the latter is not related to any other installment of the saga – and since David Gordon Green’s film ignores all the other sequels (including the plot twist from Halloween II revealing that Michael Myers and Laurie Strode are in fact brother and sister). 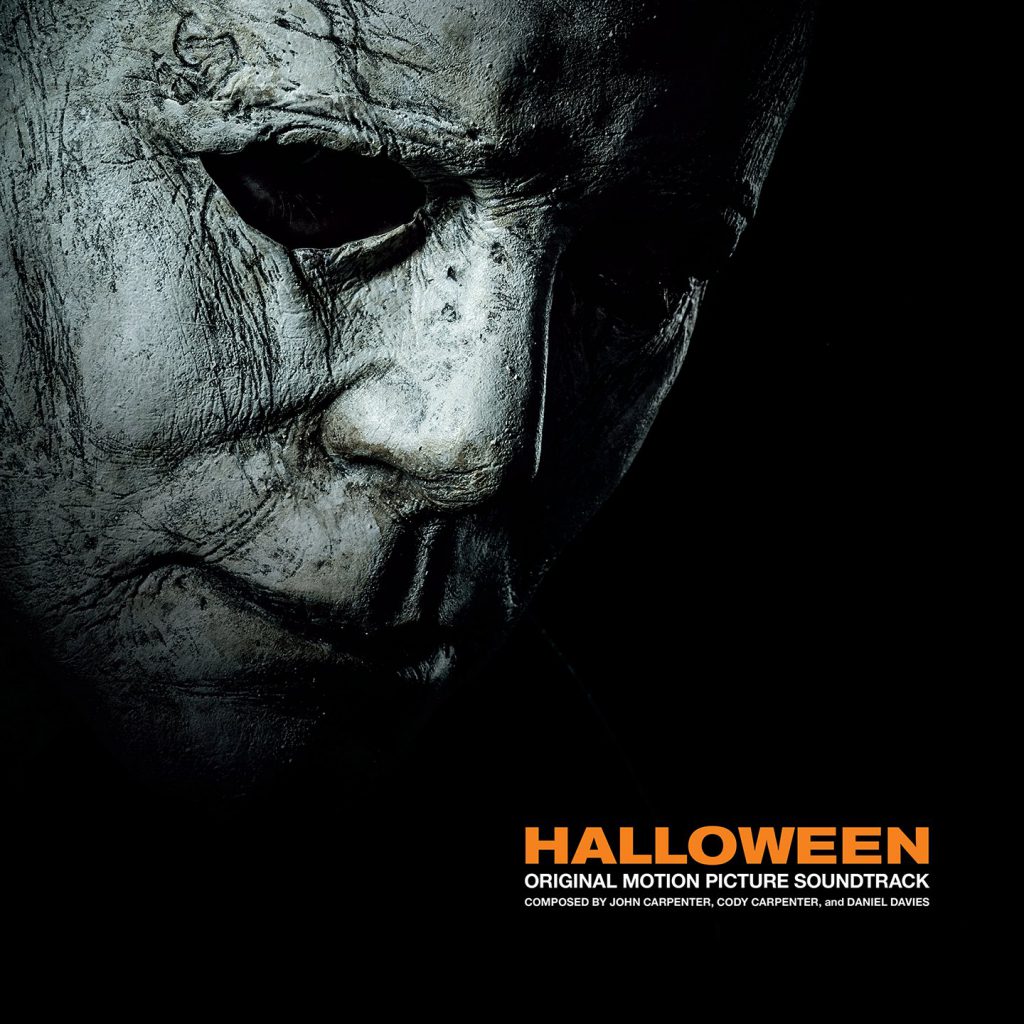 In the 21st century, we can only compare the importance of John Carpenter’s aura to that of Stan Lee to comic book fans or that of Donald Trump to rednecks: he is a true living God they can believe in. It is fun to know that Carpenter is this 70-year-old guy who likes to play video games and who plays his music live for the first time in his career, but to be honest, everything he did from The Ward up to now terribly lacks inspiration. In that sense, Halloween not only was the project we were all waiting for him to shine again, but also and more importantly, it was the ultimate opportunity to hear what the iconic score composer is still capable of.

After a short, beautiful atmospheric intro, the main theme comes in. There is of course some emotion and a lot of thrills when the symbolic cue plays, almost unchanged. Just angrier. A lot angrier. The layers of synths adding up to the 5/4 piano motif which gave the uneasy, scary ambient to the original theme – which had the greatest effect when it was played against Carpenter’s dark, mysterious shots – are now noisy and slightly distorted, trading the fearful feeling of the 1978 version for a brilliant modern reworking that feels broken on the inside. This idea is also heavily reinforced by the amazing bass drum which sounds like the techno beat every raver would bang his head on. You would agree that the main theme of any horror flick, more than in any other genre, is the film’s core element but few compositions reached a level of excellence so that the very first notes make them recognisable. Bernard Herrmann, for one, did. Mike Oldfield for sure. And, you know, John Carpenter. So, here’s a theme we have heard countless times in a new version, dreadful enough to make you feel confident for the other nineteen tracks.

‘Laurie’s Theme’ is another surprising reprise. For the main character of the franchise, played by Jamie Lee Curtis, John Carpenter invented a spine-chilling synth theme driven by the simplicity of the dissonant piano cue played ostinato – similar to the main theme. In the 2018 version, the theme for Laurie is present but in a completely different way, emphasizing on the moody piano without forgetting the unease of the synth, lurking discreetly in the background. Forty years after the Haddonfield murders, Laurie Strode is not the victim she used to be, which of course makes the film even more timely, and her theme is not one for the dismay but is rather used in a contemplative and melancholic manner. 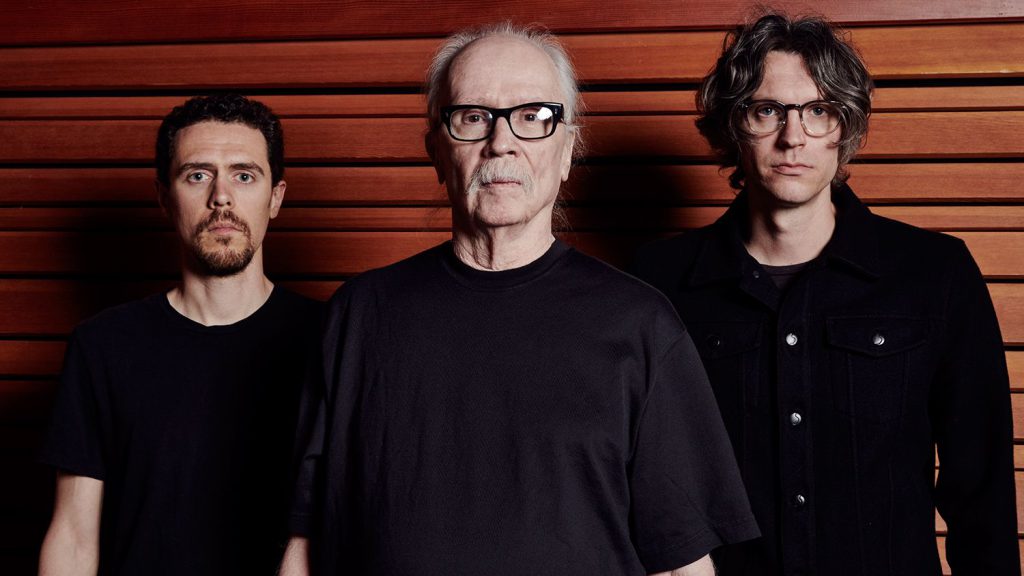 To some extent, one could consider Carpenter’s latest compositions as more complete than the 1978 score, which is easy to believe since he was given everything he needed four decades ago – time and money. It is now famously known that he composed the soundtrack to the first film alone and in three days after a disastrous screening of the film without any music, upon the producer’s request. But even though Carpenter gained in time, money, fame and new collaborators, he seems to be sadly lacking inspiration – just like his last three albums, truth be told. No matter how effective Halloween may be – and boy, is it scary – Carpenter, along with his co-composers, his son Cody and his godson Daniel Davies, includes in the final mix several misplaced or irrelevant ideas, like the (too) many stabbing interjections, the only purpose of which is to scare the living daylights out of you. Unfortunately, they hardly fit the ambient sounds created for the score and bring back the good old expectations v. reality issue. Halloween reaches such excellence when the composers dive into the abyss of ambient sounds that most of the other things they try to experiment ineluctably fall apart, losing all personality. Tracks such as ‘Michael Kills Again,’ ‘Prison Montage’ or ‘The Shape and Laurie Fight’ seem like that they are looking a little too much for inspiration on the side of Trent Reznor and Atticus Ross’s compositions for film*. Don’t get me wrong, this is alright, but it makes the album irregular enough to disappoint, all the more so the score contains some real horror gems in it. In less than one minute, ‘The Shape Hunts Alysson’ offers all the elements a Carpenterian horror cue needs: a spectral, high-pitched chromatic melody on 80s synthesizers, a soft electronic drum and blaring tones punctually used for the hair-raising routine. Same goes for ‘The Shape Burns,’ ‘Say Something’ or ‘The Shape Returns,’ an epic modern variation on the main theme which is the real highlight of the album, along with the powerful, dazzling, pulsing, layered and heavy metal-fueled 7-minute closing track, ‘Halloween Triumphant’.

It is obvious how much fun the composers had, reworking classic themes and composing new tracks using both new technologies and the same analog synths that helped create the sound of the original Halloween by one-man-band Carpenter in 1978. And despite pushing a little too hard on the orchestration — too rich at times — and on the scary effects – which hardly work once you have understood the mechanics – what is enthralling with Halloween is how it modernises and reinvents the sound of one of the most celebrated horror sagas in the history of film.

* In a recent interview, the Nine Inch Nails frontman talked about the importance of Carpenter’s films and music, especially Halloween, which had a huge impact on his life. Last year, a few days before Halloween, Reznor and Ross released their own 8-minute long version of the famous theme. It’s noisy, creepy and danceable, the perfect tune for your Halloween dance party.