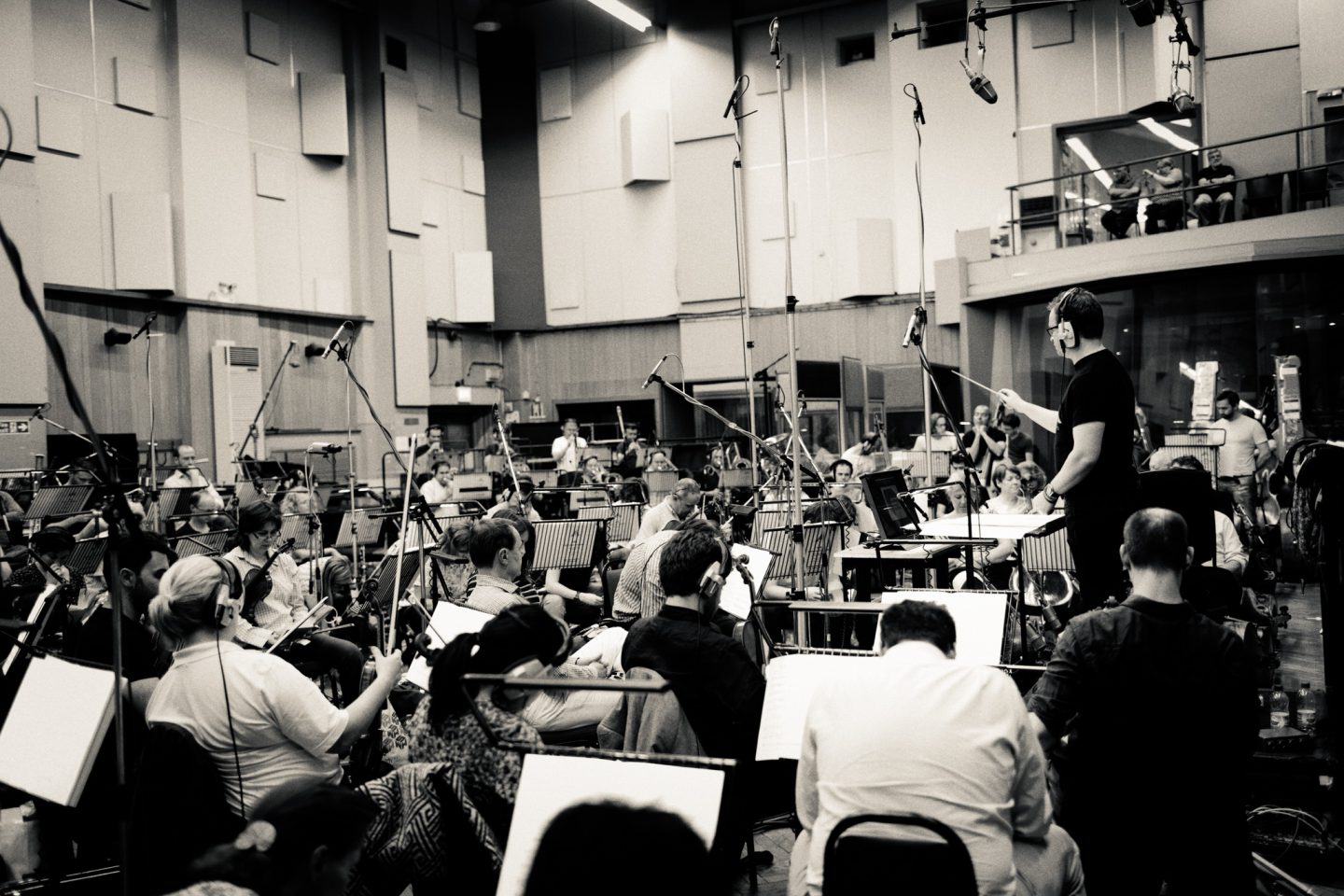 Last month, Gareth Coker gave us an interesting insight at his career and talked about the process of composing music for the successful survival video game ARK: Survival Evolved. Young, talented and enclined to experimentation, Gareth Coker has chosen for us five great tracks from his favourite scores which reflect the versatility of his music; those range from timeless, widely renowned orchestral pieces to much more experimental and modern tracks.

It’s the track that started it all for me, though I don’t think I knew it at the time, aged 9. This was the first piece of sheet music I remember asking my parents to buy for me. I was too young at the time to understand most of the themes in Forrest Gump, but somehow the film made an impact on me and still does. The cue itself is an example of music being able to say a lot without having to do much at all and is a great example of melody writing. A theme that uses contour, shape, repetition, rounded off with beautiful orchestration makes it instantly recognizable to anyone that hears it. Years later I realize now that the melodically-driven scores of the late ‘80s and ‘90s – which weren’t always the most subtle – have influenced me greatly. I like when the music guides you to the place that you need to go emotionally. The moment in E.T. when the bike rides into the air, the audience is ready to ‘feel’ at that point, and the music takes you across the finish line. This piece, even though it’s the opening title and not a ‘finish line’, it immediately takes you to the emotional core of where you need to be for the rest of the film. When I like a track, there’s a tendency to over-listen and get tired of hearing it, the main theme for Forrest Gump is not one of those. It’s timeless.

Inception blew my mind at the cinema, and this music track blew my mind when I heard it. I rarely do this, but I’d heard rumblings amongst the music community that Inception was going to be a groundbreaking score, so I listened to the soundtrack before seeing the movie.  While my Forrest Gump choice was all about melody, this is all about aesthetic. I’d simply not heard anything like this before, and the film was also like nothing I’d seen before. A decade prior we’d had The Matrix, and I think Inception is a landmark film for action. I’ve always loved ‘big sound’ and this track is one of the prime examples of that. The score is also a landmark. We know this, because it has been imitated so many times, but never equaled, and it may never be.

Bioshock is one of my favorite game series ever, and this is where it starts. The opening sequence is so well developed and with the music, you really feel like you are entering another world. Garry Schyman and Irrational Games created a soundtrack that sounds like absolutely nothing else out there, and this remains right to the end of the third game, Bioshock Infinite.

This film was simply made for someone with Tom Holkenborg’s unique skillset to score. One of the best compliments I can give a film or a game is if I can’t imagine any other music in its place. A lot of people might dismiss Mad Max’s score as a percussion-heavy score with some synth bass, and while in parts that might be true, it’s the attitude and performance of the music that makes it stand out and feel unique. The strings are ‘just’ playing a descending chromatic line that is used as a motif throughout the film, but it’s simply the way they are played, it’s totally wild, just like the film, wild and exhilarating from start to finish, with flourishes of emotion that take you by surprise. It’s a crime that this score was not even nominated for an Oscar.

This sort of ties in with my first choice, strong melody and emotion and ‘setting the scene’, but the big difference here is the orchestration, which is clearly inspired by Ravel and other composers from the late Romantic and Impressionist era in music. The harmony is also extremely rich, making extensive use of seventh and ninth chords. I’ve noticed this is a trend in both Japanese film and game music, and combined with the lush orchestration, there is such a richness and depth of sound to the Ghbili scores, but tinged with that simplicity and accessibility of the tunes they hold within. I was quite a latecomer to most of the Japanese animations, but they obviously were impossible to avoid while I was living in Japan. Like the music of Hollywood from the ‘80s and ‘90s, they are not always the most subtle, but you don’t need subtlety when the music itself just feels so right!