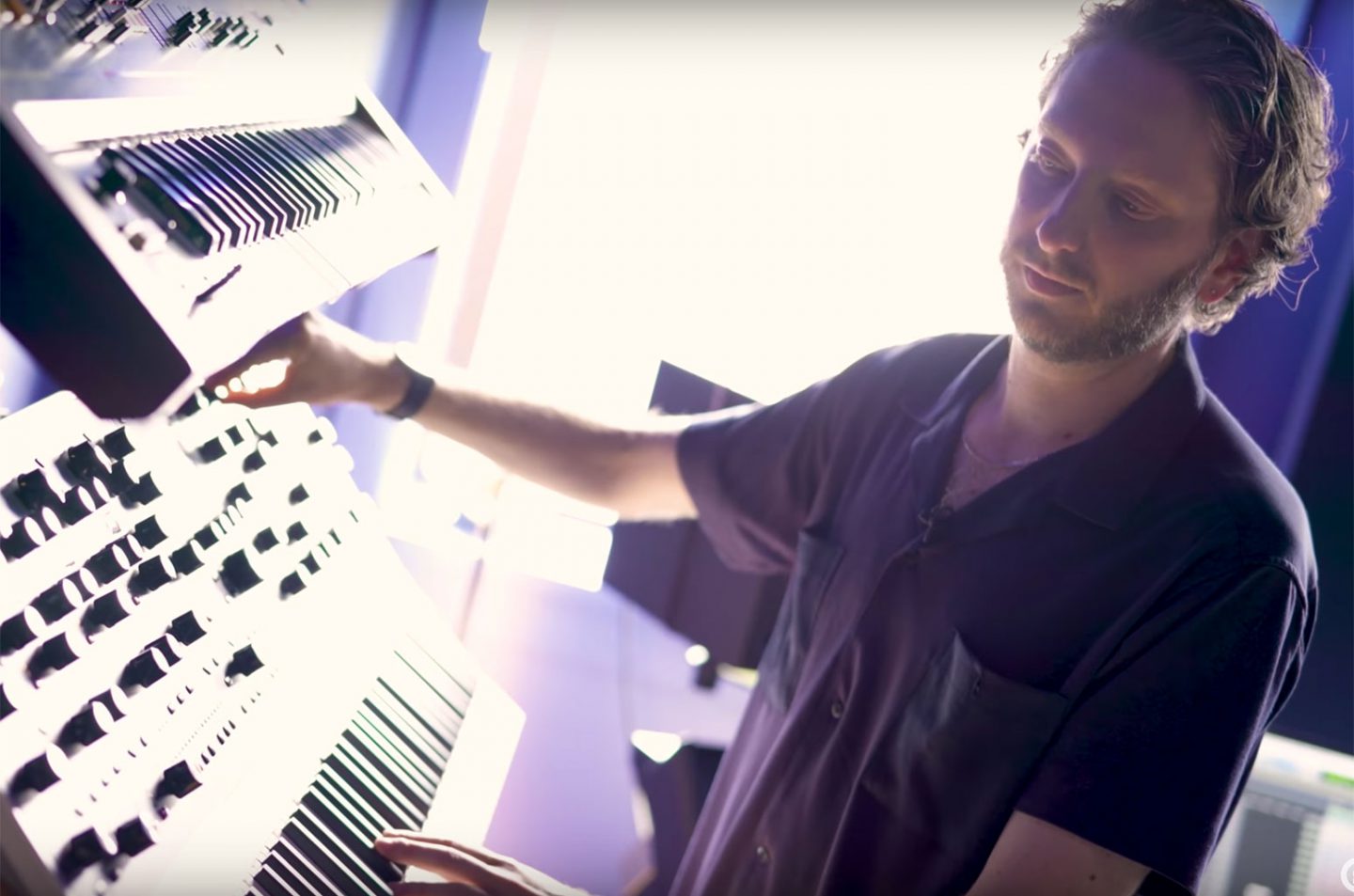 It’s the beginning of the week and we’re barely recovering from our watching of the Safdie Bros’ latest diamond in the rough, Uncut Gems, which was released on Netflix on January 31. And boy are we still shooketh by the experience. It was an immersive, stress-inducing, anxiety-triggering, frantic, relentless, chew-you-up-and-spit-you-out experience. But totally worth it, would recommend and do it again.

This is what you get when you mix the brotherly duo with their favourite composer, Daniel Lopatin, aka Oneohtrix Point Never. Before they worked together on their first collaboration, Good Time (2017), Josh and Benny Safdie had a strong interest in Oneohtrix Point Never’s work, Josh describing his albums as “very conceptual”, and saying that the musician “was making basically scores for movies that didn’t exist“. Daniel Lopatin had heard about the directors wanting to work with someone who was ready to create a tailor-made score. And boom, it was a match:

“I feel like the Safdie brothers are similar to me personality-wise, so that when we worked, it didn’t feel like there was an enormous amount of effort to try to come to a consensus of understanding about how this is gonna go. There weren’t cue sheets, there was nothing. There was like hanging out, geeking out about stuff that we were excited about … partying, becoming friends, and making the film as punchy and as insane as we wanted it to be. It was fun.” (Rolling Stone)

The three men joined forces on Good Time, and the rest is history: the siblings and Lopatin bonded over their love for Isao Tomita (whose music was used for the Safdies’ 2014 drama Heaven Knows What) and their shared opinions on electronic music and film music, Good Time was selected to compete for the Palme d’Or in 2017, OPN won a Cannes Soundtrack Award for his music and the film accumulated dithyrambic reviews just like Adam Sandler’s Howard Ratner accumulates disastrous situations.

Moving on to a second collaboration felt pretty natural, so Lopatin followed from the beginning the different stages of development of Uncut Gems. The Scorsese-infused thriller-drama set in NYC’s Diamond District follows poorly-organised, neurotic, ill-fated bamboozler Howard Ratner, a Jewish jeweler with a gambling addiction. For more than two hours, you watch Howie performing a high-wire act, trying to keep his balance between his store, his family, his girlfriend, his creditors and his next bet. To create the mesmerizing electronic score made of arpeggiated synths on loops with touches of New Age vibes that acts like Howie’s id, the composer worked closely with Josh Safdie. They first started to go through the different sounds of Dan’s Moog synthesizers’ libraries to create a palette of sounds, and from this preliminary work, Lopatin toyed around in order to find the sound that would trigger something in Safdie. The director told Billboard: “I did look for specific, almost earthy melancholic sounds that had a cosmic twist. There was an inherent sadness in a lot of the sounds that I was attracted to, but there was also this beautiful optimism in the other sounds that I was attracted to—because that is Howard in a nutshell. He’s somebody who’s so beautifully optimistic, but you know there’s a melancholy attached to it, because it’s the optimism of a gambler. You know that the chances of that optimism panning out are usually slim-to-none.”

Improvisation was key, with Josh trying things on synths and Lopatin emphasising the importance of “playfulness” and “studio tomfoolery” in order to create the right soundscape.

To find the right tone for the score, they also did what they called “these kind of Bizarro Frankenstein scores using existing music” so, in other words, using pre-existing music as the bone structure around which to build their own piece, with their own Tomita-inspired arrangements. They used cornerstones of film scoring such as Vangelis, Haydn or Moroder. Turning towards those figures and the past to look for inspiration is primordial for Lopatin as the Safdies and himself bonded over their shared love for “70s Krautrock and prog-y synths records”. Hommage seems to be indissociable from the experience of scoring for the directors.

In May 2019, they realised they were behind schedule and their situation in the studio ended up reflecting the jeweler’s race against the clock: “[For Howard Ratner,] there’s not a lot of time to figure out a whole lot of problems, and that essentially was mirrored in the studio. That kind of thing, it’s weird, but it does make its way into the music,” Lopatin explained in the documentary for Moog Music Inc.

Before his collaborations with Josh and Benny Safdie, Daniel Lopatin had his first foray into film music in 2013 when he teamed up with Brian Reitzell to score Sofia Coppola’s 2013 The Bling Ring. Musically active since the mid-2000s, the musician not yet known as Oneohtrix Point Never (a pun on Boston FM radio station Magic 106.7) has released music under various labels and monikers, and as part of different acts. He was involved with the Brooklyn noise music scene, he was part of the underground hypnagogic pop wave and the vaporwave genre.

OPN’s versatility is reflected through the diversity of his projects—from commissions by art institutions to collaborations with visual artists—and partnerships—Anohni, David Byrne, FKA Twigs or James Blake. His latest album, Age Of (2018), contains ‘Toys 2,’ a track he jokingly presents as his cover letter to land a scoring gig at Pixar: “One of the songs on the album is called ‘Toys 2.”… What it is is my proof of concept for how I would score a Pixar film.”