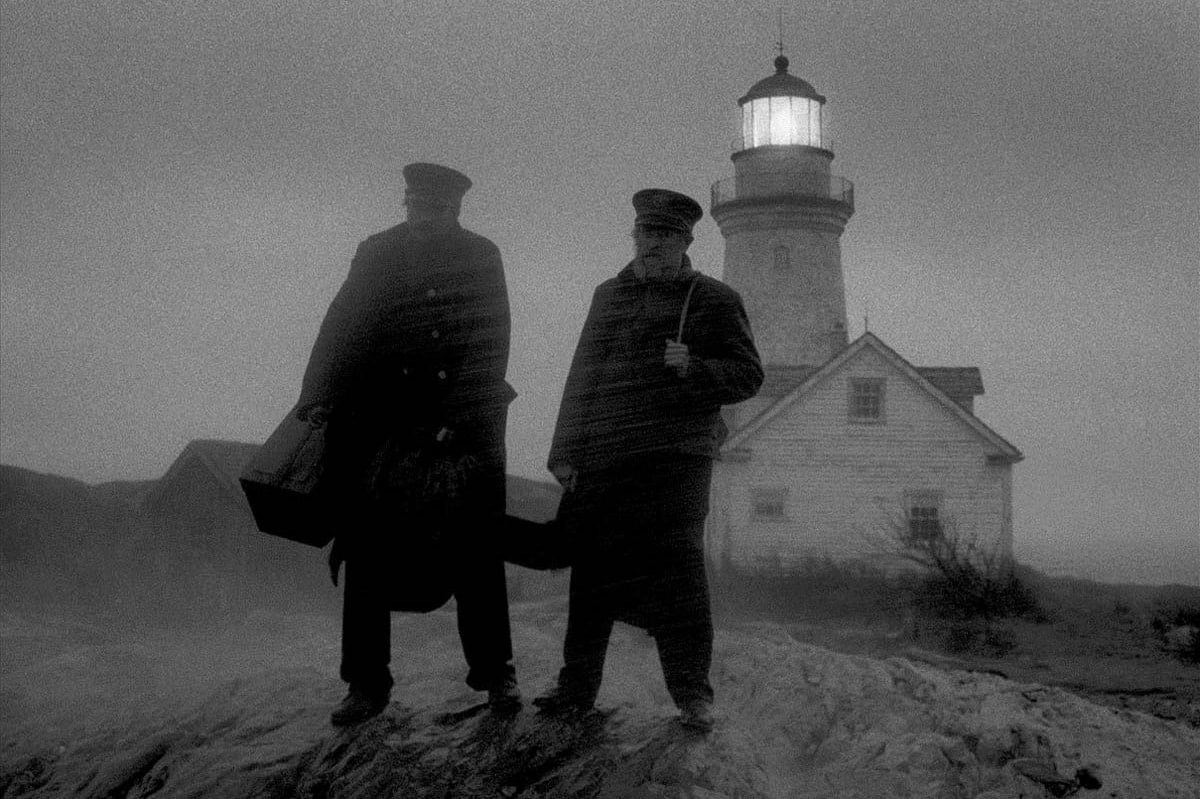 About scoring horror films, one would say that all the paths have been beaten, paved and walked across thousands of times. High-pitched violins sharp like a murderer’s knife, stabbing your eardrums each time sudden terror occurs on-screen; kids chanting innocent nursery rhymes to chill your bones… These are all over-used clichés that music, in the horror genre, carries like a burden, and yet, they have fully become part of these films’ language. It would of course be dishonest not to recognise the talent of some composers who have successfully tried to undermine these commonplaces or put forward something completely different from what was expected. In recent years, notably, acts like Broadcast (Berberian Sound Studio), Joseph Bishara (Insidious, The Conjuring) or Michael Abels (Get Out, Us) pushed forward, always with an avant-garde approach, the ground set by their elders, among which Marco Beltrami and Shirley Walker, in terms of subverting the stereotypes in horror film scores.

But when The Witch came out in 2015, we all felt like we had never experienced something like that. Robert Eggers’ instant classic tale of witchcraft and evil goats featured a profoundly unsettling score by Mark Korven, who had scored, some fifteen years earlier, another independent horror oddity, Cube. The Witch is on the opposite end from the unique, confined universe of Vincenzo Natali’s sci-fi/horror flick: set in seventeenth-century New England, the film the result of a long, meticulous research work from Eggers, notably with all the dialogue written and delivered in Jacobean English. For its score, inspired by the film’s fundamental concepts of nature and hell, Korven used a cello, a choir, a nyckelharpa and his very own baby, the Apprehension Engine, a bizarre noisemaker which Brian Eno even called ‘the most terrifying instrument of all time—and it is, both in its sound and in its aspect.

Robert Eggers came back last year and premiered The Lighthouse, his follow-up to his first horror masterpiece, at the Cannes Film Festival 2019. Set in the late nineteenth century, the film stars Robert Pattinson and Willem Dafoe as two lightkeepers taking leave of their senses after they find themselves trapped on an isolated island off the New England coast. It once again demonstrates the amazing talent of Eggers when it comes to create something that is both completely new and extremely well documented, historically. And although it is easy to point out the few similarities between The Witch and The Lighthouse, Mark Korven’s new compositions have nothing in common with the ones he did for his previous collaboration with Eggers. From the dissonant chamber music in The Witch, Korven went on to deliver a very mineral score that blends into sound design, and delves progressively into madness, along with the characters. The composer, who also scored season 2 of AMC’s anthology series The Terror: Infamy, unveils the mystery around his score for The Lighthouse below. The following interview has been edited for clarity.

The Lighthouse (Robert Eggers) — A24. All rights reserved.

Score It Magazine: There are a lot of glassy sounds and a heavy use of brass in the score, as opposed to the usual presence of strings in horror film scores. It feels like the music itself has been infected by the mesmerizing presence of the light and the sea. Can we consider this as the main gateway to this very complex score?

Mark Korven: I think that’s a good way of putting it. Robert Eggers and I were thinking of the score very much in terms of elemental, earthly elements such as the wind, the crashing waves, seagulls, etc. Then there was the rich mythology of the sea: sailors, lighthouses, mermaids… Of course, we were playing on the darkest interpretations of all of these. Glass seemed to work for the light of the lighthouse, and brass, being a wind instrument, suited the wind.

The score is like a third character that delves along with the characters into madness. I don’t recall any film that used this process with the music except maybe Naked Lunch, in which Howard Shore and Ornette Coleman’s free-jazz score follows the main character into his own minds’s dead-end maze. But aesthetically, The Lighthouse is closer to German expressionist films than Cronenberg’s film adaptation of Burroughs. When it comes to references, Robert Eggers and the editor, Louise Ford, worked with temp music, but other than that, did you have any particular films or film scores in mind?

Oh, absolutely, it was a journey into madness. Both Robert and I have an affinity for unusual sounds, the extreme emotions you can get through dissonance. Admittedly, I was influenced by the temp score, as any composer would be. There was some [Giacinto] Scelsi, Hildur Guðnadóttir, Giya Kancheli, Pauline Oliveros, Stuart Dempster. I think there was some [Krzysztof] Penderecki and [György] Ligeti in there as well. It was all great temp music and very inspirational. But within that, I tried as hard as I could to keep the score its own thing. So there was really no particular films or film scores that we used as references, because the temp score was from so many different sources.

There’s a lot of interpolation between music and sound design. Even in the score alone, a fundamental sound is that of the boat horn. Was it hard not to get in the way of the sound designers?

Well, not really, because I never really heard the final sounds design until the mix was done. So I never really had a chance to react and score around the sound design, which would have been ideal.

The Lighthouse has very different needs, musically speaking, than The Witch, but both are period films based on a lot of research from Robert Eggers. How much room for elasticity did you find in the composing process respect to the story’s time period in both films?

The only guide really was that the music should evoke the place and time of the story without in anyway referencing period music. For The Witch, we used a lot of Swedish nyckelharpa, which is a medieval keyed viola-type instrument that you would not have seen in 1630s’ New England, but there was something about it that evoked the feeling of being there in that predicament, most specifically evoking the character of the witch herself. It just had a sort of witchy vibe to it. Very tight, high strung, creaky, archaic. For both The Witch and The Lighthouse, we deliberately stayed away from traditional harmony or melody. So it really was wide open composing wise in a lot of ways.

You can tell from every scene, every frame and the actors’ performances that The Lighthouse was really hard to make. From a composer’s point of view, what was the most challenging part in the creation of the score, and more specifically, with which scene did you struggle the most in finding the right tone?

The most challenging scene was the ending. There were so many layers of textures involved that finding exactly the right tone took a very long time. It was really an exercise in subtle blending of about twenty different moods, so that it sounded as one whole.

The allegorical dimension of The Lighthouse is one of the narrative’s key points and that is when the score becomes chaotic. Was this intended as an organised chaos or were you allowed to freely experiment and improvise as you saw fit?

No, there wasn’t a lot of organization involved. It was very instinctive, very much ‘put-your-hands-on-the-keyboards-and-see-what-comes-out.’ So although much of the score kept the temp score in mind, within that, there was a great deal of experimentation and improvisation. 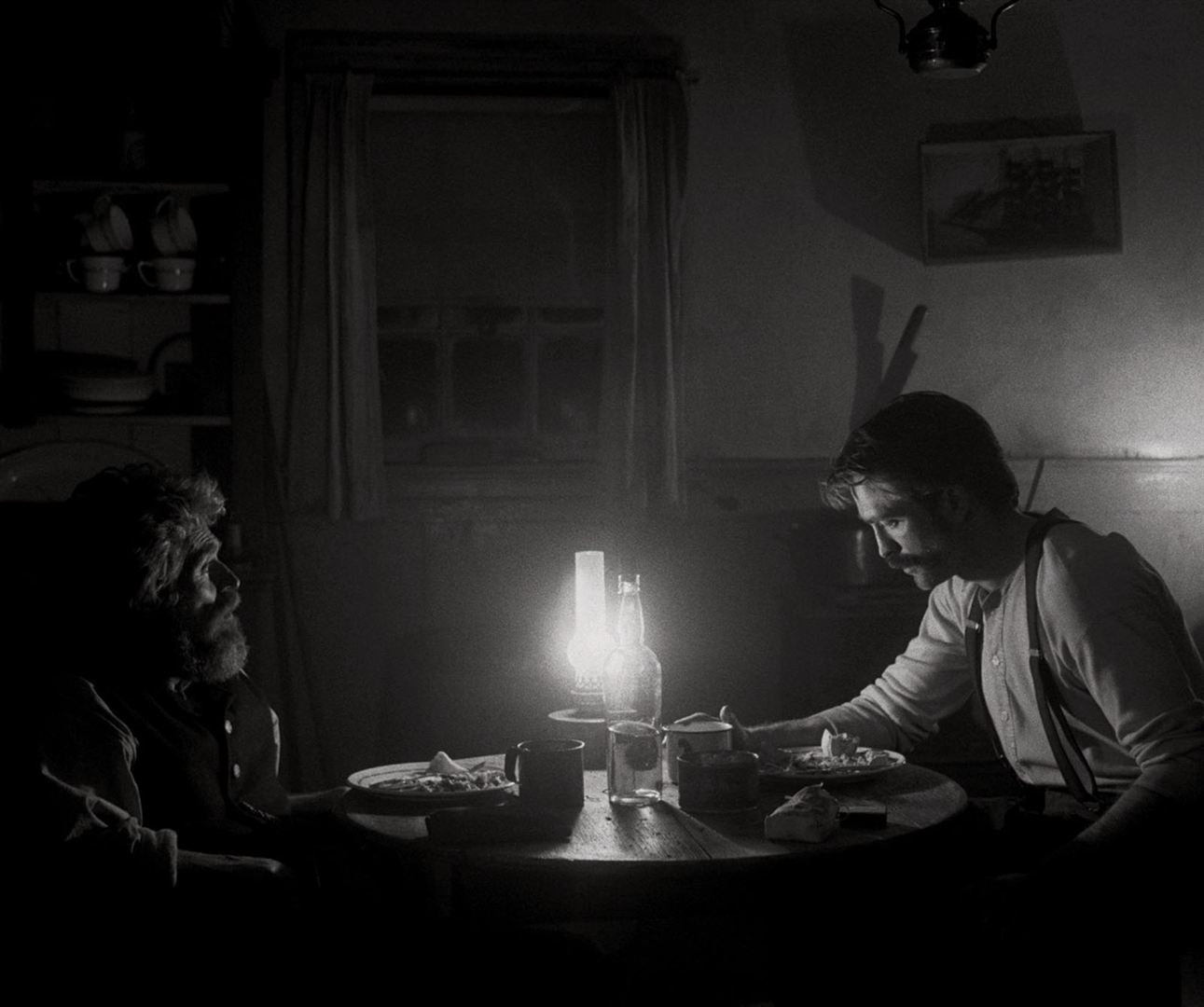 The Lighthouse (Robert Eggers) — A24. All rights reserved.

I’d like to now talk about your score for The Terror: Infamy. It seems that your music has the same function as in The Lighthouse, which is to accompany the characters as they sink into horror, madness and paranoia. It’s also very subjective, as we can see in the opening sequence of this second season’s first episode: Masayo Furuya commits suicide by piercing her eardrum with her hair pin and the music stops abruptly. How much of this subjective musical storytelling was discussed with creators Alexander Woo and Max Borenstein?

It was all discussed in great detail, especially with the first couple of episodes, because that’s when everyone is looking at your music through a microscope. It’s important that you get those first two episodes exactly right. After that I could loosen up a little bit and be a little bit more free in how the music was realized. By nature, since I come from a jazz background, I like to improvise. I am most at home when I have a lot of creative freedom.

Your compositions demonstrate a particular attraction for traditional foreign instruments, and The Terror: Infamy deals with Japanese folklore creatures. Did you use a lot of Japanese instruments?

I sampled absolutely every Japanese instrument that I could find. But in the end we pulled that back a lot, because we didn’t want it to sound too on the nose. We didn’t want a travelogue. But there’s a subtle nod to Japanese musical culture on occasion.

The score isn’t really melodic and seems to blend into the soundscape. Did you work closely with the sound design department?

There wasn’t a lot of work with the sound department simply because there wasn’t time. But a lot of the sound design was there in my working copy of the film, unlike in The Lighthouse. So it was relatively easy to work around, and hopefully complement where appropriate.

As a composer, musician but also as a listener, what are the film scores that you love and that inspire you?

So many scores, so little time… But here’s a few. As with most composers I was such a huge fan of Thomas Newman’s The Shawshank Redemption. But my first inspiration was a Thomas Newman score from a little-known film called Men Don’t Leave. I first heard that and it was like, “Wow, that is the sound I’ve been looking for!” It was like messing around with guitar feedback, then hearing Hendrix for the first time.

By the way, it’s criminal that Newman has never won an Academy Award. He’s probably the most nominated artist working in film these days. If I ever win an Academy Award, I’m going to scratch my name off and mail it to him.

Also, I loved an old score from the 50s called The Fortune Cookie by André Previn [Editor’s note: Billy Wilder’s film is actually from 1966]. And I love the score for To Kill a Mockingbird by Elmer Bernstein, and Jerry Goldsmith’s score for A Patch of Blue. It sounds kind of weird coming from someone like me but I’m a bit of a softie for beautiful melodic stuff.