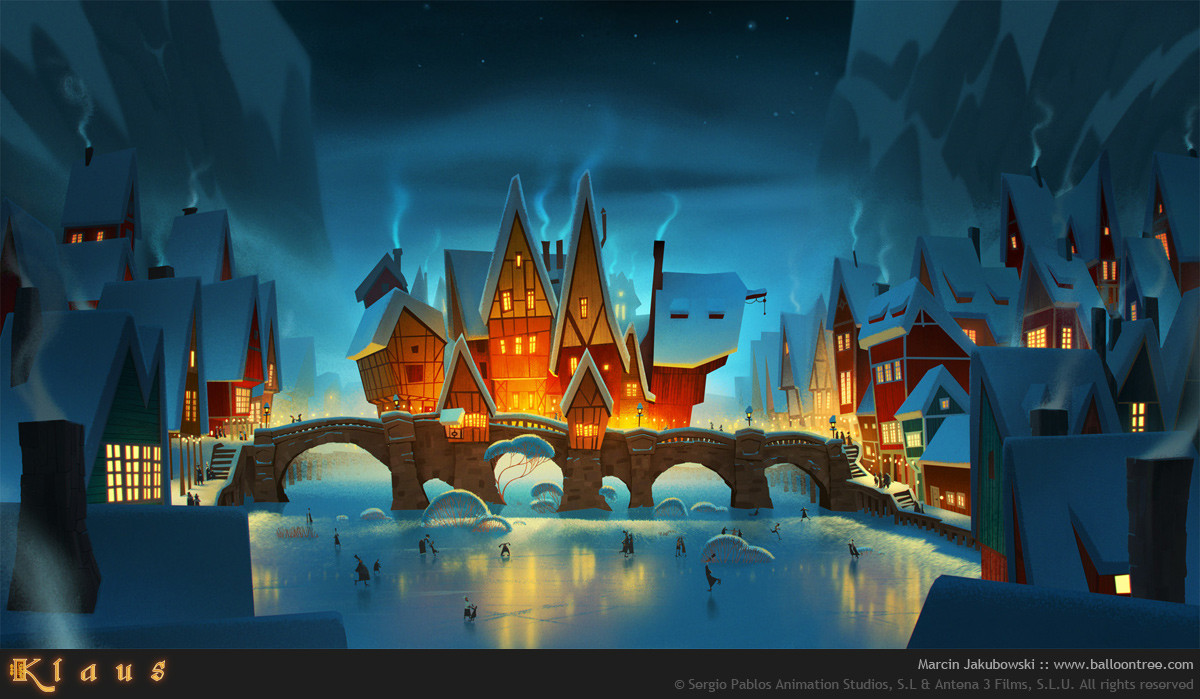 A few years ago, Sergio Pablos noticed that there were many films recounting the beginnings of many iconic characters from pop culture. He tried to think about one character who didn’t have his origin story, and Santa Claus popped up in his mind. It took time for this idea to turn into the Netflix winter hit of 2019, but it was worth the wait. For Klaus, Pablos brings 2D back and directs an absolutely brilliant and and visually gorgeous film that will warm your cold little heart. To write the music to his film, he turned to his friend, Madrid-born composer Alfonso G. Aguilar, to whom he had pitched his story when it was still an idea.

Aguilar was born a musician. At 2, he was already studying music, at 5, he started the piano and at 15, he decided he would write his own music so that he could play it just like he wanted to. After studying in Berklee College of Music, he got into film scoring (with films such as Vulnerables, Money or All Roads Lead to Rome) and set up his own screen music company DOKO Media Factory: “It’s a way of giving back all the help that I had throughout my career. I can help new talents who are interested in working with us.”

Alfonso Aguilar creates a lush, textured, eclectic score which skillfully avoids the pitfalls of Christmas-themed movies. Both organic and orchestral, the music is the heart of the film. The Spanish composer tells Score It Magazine the “origin story” of his score, details his collaboration with the sound department and explains how he ended up writing almost 8 hours of music for a 96-minute film.

Score It Magazine: It’s your first time in animation, how did you join the production of Klaus?

Alfonso G. Aguilar: I met Sergio 6 years ago through a mutual friend. He told me he had an idea—not a movie yet—and he started talking about this story about Klaus and when we finished talking I told him I wanted to do this movie. He told me: “Just remember this is not a movie yet, it’s only an idea, we don’t have the money or the script, but if we fo the movie, you’ll be my composer.” I wrote the main theme just after this conversation.

You kept it under your hat all this time!

When did you start working again on the music for the film?

More or less one year ago. I started writing the music for the scene when Jesper gets into Klaus’s house for the first time and sees all the toys.

What inspired you when you wrote the theme 6 years ago? There was no preparatory artwork, nothing.

It actually just came. I was driving back home and thinking about melodies. I knew it was going to be a story about letters. And that’s how the film starts, it’s not about Christmas or Klaus, it’s about letters and friendship. We have something small which starts growing and growing, and becomes a big thing.

Yes, even if Klaus is marketed as a Christmas movie, and even if we do hear Christmassy music with all the codes that scream Christmas, like the bells, it’s so much more than that and this is reflected in the music. Your score includes a large variety of types of music : military music, haunted manor music with the use of harpsichords etc.

It was so much fun. As you were saying, it was funny because they told me: “We don’t want to do a Christmas movie so we don’t want Christmas music.” So we started working on the score and then they said: “You know, when you’re writing for Netflix, you need to set up the big picture, we need to know what you’re going to watch in the first minutes.” So I had to give some Christmas colours at the beginning of the movie, that’s why the first thing that you listen to is these bells and you start evolving, and we go into the military music at the Post Office Academy. That’s why it was so much fun. I was not used to writing for platforms such as Netflix. You have to be very fast in telling the audience what they’re going to watch. If not, they can switch to another film or series. It was also very interesting in the scenes in which Klaus is introduced because we didn’t know if Netflix was going to approve our portrait of him. He’s very dark, but we didn’t want the kids to be scared. Sergio was inspired by Christopher Nolan’s Batman, so we wanted a dark Klaus at the beginning, a bit scary. 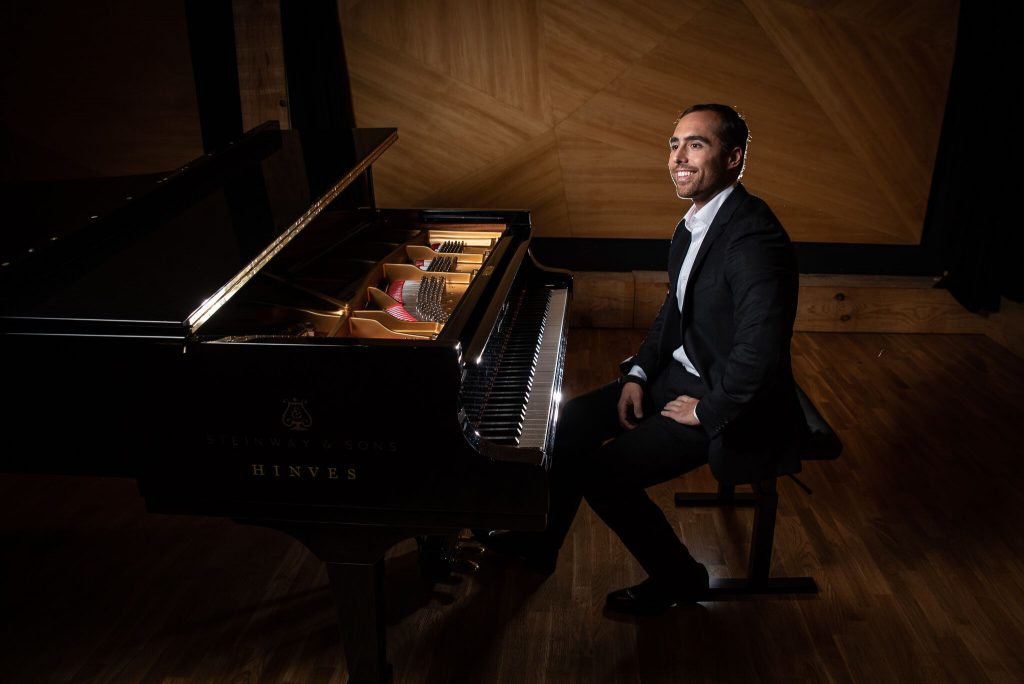 Tell us about the orchestra you worked with.

We recorded with the Synchron Stage Orchestra in Vienna. We had musicians and a choir so a total of 166 people!

Did you work closely with the sound design department?

They are our neighbors here at the studio. I was working with Gabriel Gutiérrez who is the sound designer. We were telling each other what we were going to do so that we wouldn’t end up with a final mix and us asking to raise the music here, the sound there. It was very important as well to decide who was going to set the emotion: the sound or the music. You have to share. It makes no sense that the sound designers are recording, for instance, sounds of steps for one week, and then you have to take them out, all this to end up in a fight in the end… It’s not worth it. We’re a whole with the sound department, it makes sense to work with them.

I read that you wrote close to 7 hours of music. How come?

Actually I was writing some of the cues, and when we got the updates of the images, from the animatic to the animation for instance, we felt that we had to adjust and change some stuff. I wrote the cues again, made different versions of some pieces. When I finished the music, I told my team “I want to calculate how much music we’ve done”  and it was closer to 8 hours!

How did you collaborate with Sergio on the film?

First it was just talking. Then we had some spotting sessions with the sound design department—we were in it together from the beginning. And then when I showed my proposals, we were meeting 2 days a week, Mondays and Fridays, to review all the music we had done that week. We were very close, for me he’s the best director I’ve ever worked with, and one of the best in the world. He has the ability, the gift to put himself in the viewer’s shoes. Sometimes he would say “I know nothing about music” but then, you showed him something and he would be like “I think this is a cello, if we changed this, we could highlight this kind of emotion.” His suggestions made the whole thing work better. It was hard in terms of recomposing or rewriting things but it was so much fun. Every time I was showing him something new, it was working much better. So I have no regrets about writing these 7 hours of music! Sergio was feeling bad because he was changing so many things but it was fun because we were getting better music every time.

The creative process was very dynamic, the music was thriving on the images and vice versa.

Yes! There is this sequence, “Changes,” where the town and its citizens are starting to change, they go from bad to better, I had 43 different versions. It was frustrating as I was feeling we were not finding the point of the music. But it’s the core of the movie, it’s THE moment, so we had to make it perfect otherwise it wouldn’t have worked. So I rewrote the 9-minute suite I had for this scene.

What about the song “Invisible”?

I’m not the composer (editor’s note: it is co-written by Justin Tranter, Jussi Ilmari Karvinen aka “Jussifer” and Caroline Pennell), but I reworked it so it could be put into the film: I rearranged the song so it could fit into the film, I re-recorded Zara Larsson’s voice and rewrote it for the orchestra. 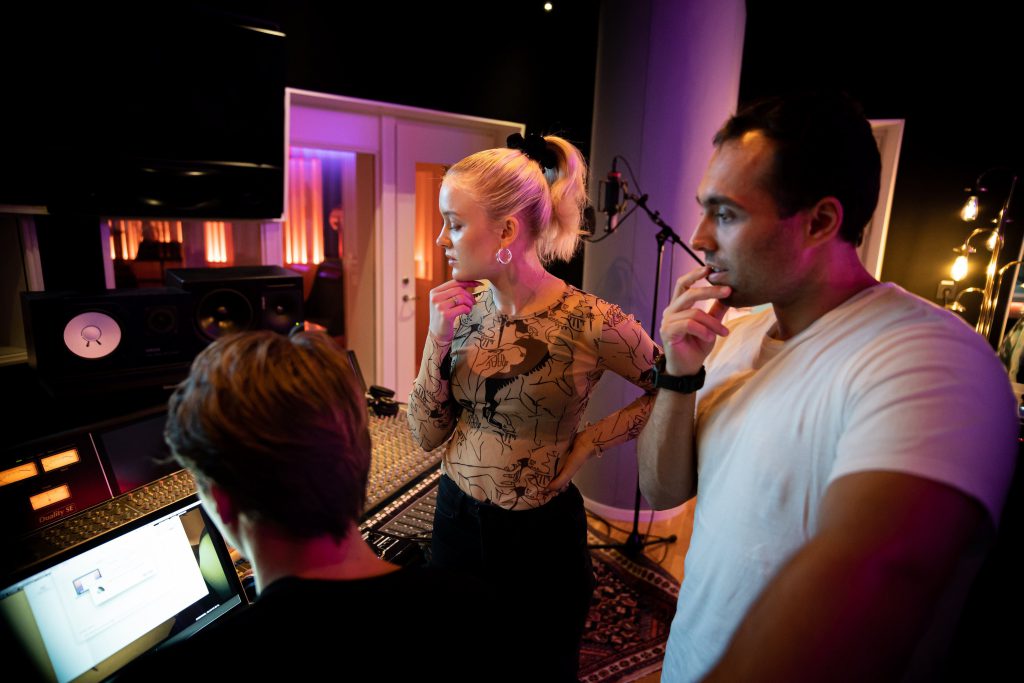 What’s coming up for you?

I’m working on an Amazon TV series and I’m co-composing. I’m also co-composing with Carlos Rivera Guerra for Carlos Saura’s latest film, El Rey de todo el mundo. I’m Carlos’s producer and he’s the number one Mexican artist at the moment. So when I got this project, it’s a film with 25 songs, I called him and said we should do it together. He also sang “Recuérdame” from Coco, the Spanish version.