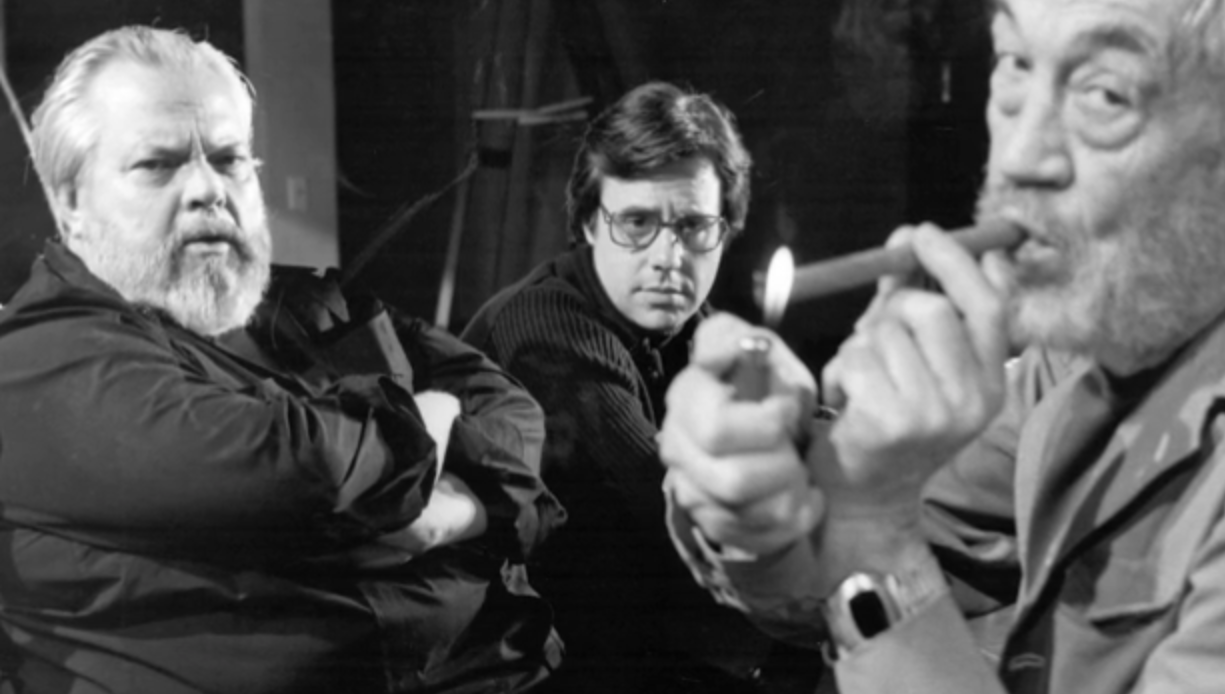 Happy new year to all our readers! Now that our New Year’s Eve hangover is gone at last, ‘we are back and ready to do it all over again’ (you should laugh now, I will not be able to make this joke again after March 29th). But before that, we have an entire year to discover new films, new scores and new composers, and we are looking forward to share them with you. To start off the year on a bright note, here are the five final scores which complete the list of all the thrilling soundtracks we liked the most in 2018. Please enjoy! 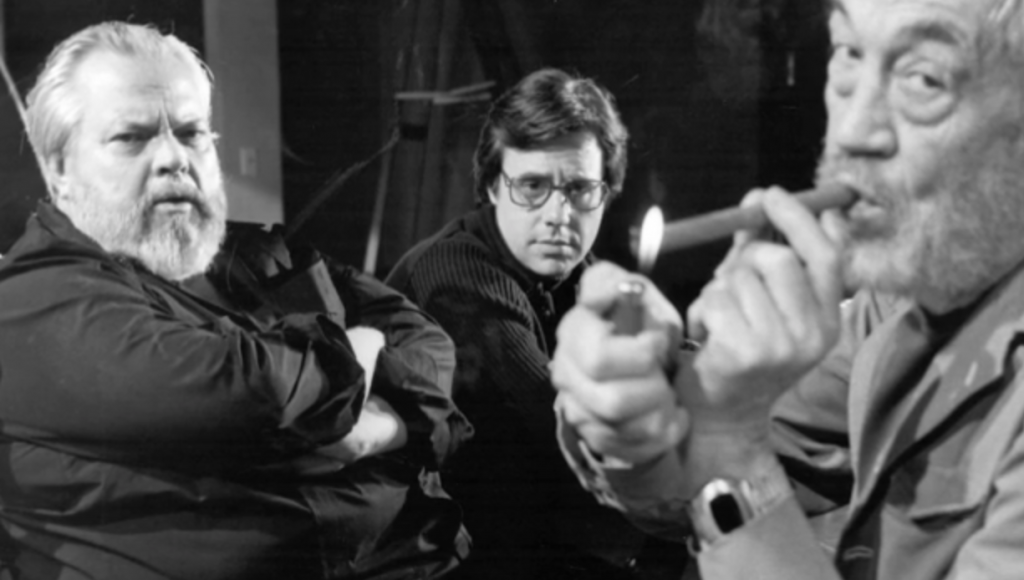 The Other Side of the Wind. From left to right: Orson Welles, Peter Bogdanovich, John Huston. All rights reserved.

The Other Side of the Wind (Michel Legrand)

Welles’s reconstructed effort is an ironic tale about the coexistence between modernity and old-fashionness which defies all logics of temporality and space. In 2018, the only thing that I found as much exciting as the release of the famously unfinished Orson Welles film was the brand new score that Michel Legrand wrote for it. The composer’s eternal freshness is nurtured by the creative extravagance of his jazz and, at 86, he still has not lost it. He, who was the director’s first choice to write music for The Other Side of the Wind when Welles began working on it – and, in the meantime, scored F for Fake – made a complex yet exhilarating, intense score which encapsulates both the sensitivity of the story and the film’s avant-garde visuals. Sometimes a swinging free-jazz bacchanal, sometimes ironically pushing the open doors of film scoring with more classical pieces, sometimes masterfully binding together classical and jazz like the untouchable master (John Huston) and his young, rebel disciple (Peter Bogdanovich) are bound together in the story, Legrand’s latest compositional achievement is one of his most ambitious to date. It stays true to the film and yet, gives enough room for the composer to experience his own sense of liberty – or is it craziness? – and proves that even with such a rich, massive piece of art carried by the biggest name in the history of film, you don’t have to be epic to be grand.

The passing of Jóhann Jóhannsson has been the biggest loss of the previous year, but his legacy is a precious thing that we need to keep alive, especially after this final, posthumous 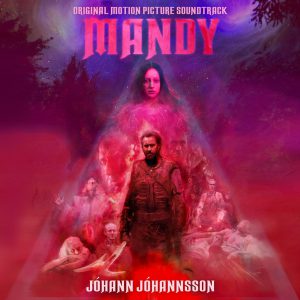 release which witnesses the Icelandic composer’s unpredictability. Far from the minimalism which characterises his work, Mandy demonstrates the beginning of a directional change in his career – one which, sadly, will never get to know a deeper exploration. Bringing the perfect counterpoint to this extroverted horror gem in which Nic Cage gives his most memorable performance since he became an uncontrollable meme – and the Internet knows how exuberant he can be – Jóhannsson’s score is just as excessive as the film’s craziness. Predominantly metal-oriented, the score for Mandy combines evil, distorted electric guitars along with all the usual suspects in Jóhannsson’s music lab. The result is a hellish ride through the final symphony made of dark-ambient incantations that came out of the unfathomable mind of one of the most breathtaking film composers of our time.

Read our review of Mandy here. 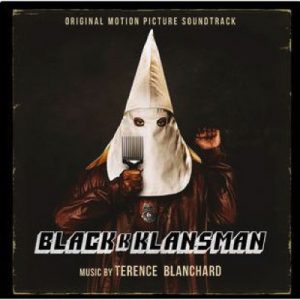 With BlacKkKlansman, Terence Blanchard wrote a score that can be described as soul music. Not as in the soul music, but as in music for the soul – and for the brain. Unrolling like a musical retelling of the story, the BlacKkKlansman score breaks with the previous Blanchard/Lee scores in genre and style and yet it sounds so familiar. The composer and jazz trumpeter is surrounded by his own electric band, the E-Collective, with whom he delivers a 70s-influenced score. Revolving around Blanchard’s own interpretation of the film – as it is often the case with his compositions for Spike Lee – and the themes discussed in it, his BlacKkKlansman score is almost an artistic duty of memory, with tributes to guys who made history like Stokely Carmichael or Jimi Hendrix and, of course, Ron Stallworth, the real-life hero whose crazy story is the subject of the film, but always lets the emotion prevail.

The biggest musical curiosity of the past year came from France. Or South America. Or both. Anyway, the encounter between Argentinian director Juan Antín and French composer Pierre Hamon was quite unlikely, but they met after Antín’s daughter began talking violin lessons 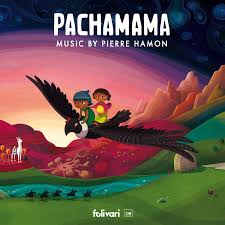 with Hamon’s wife. The director, who at the time had written an eco tale set in the pre-Columbian era about two kids who go on a journey to find the totem pole of their village which was stolen by the Incas, met the composer, who is, coincidentally, a collector of pre-Columbian instruments, including flutes, pipes, whistling vessels and other ceramic instruments. The score for Pachamama is an invitation to escape and to dream, the sound of actual two-thousand-year-old instruments bringing a unique, poetic and magical dimension to this almost-shamanic film experience.

Intrada Records remains the best publisher of film score reissues, there is no doubt about that. Their 2018 catalogue has some little gems in it – the extended version of Michael Kamen’s Robin Hood: Prince of Thieves or the release of one of my own all-time favourites, 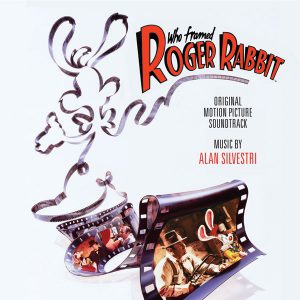 Piero Piccioni’s The 10th Victim in its original version – but nothing compares to the colossal importance of the complete collection from the Roger Rabbit film and the subsequent three cartoons. The three-CD release features the complete Alan Silvestri score for a length of 100 minutes – the film is 105 minutes long – with many alternate takes and previously unreleased cues which were cut from the film. It will probably never get the same recognition as Back to the Future, but Who Framed Roger Rabbit is so creative that it will probably make anybody who listens to it to reconsider their judgment. Like a crazy toon transformation, Silvestri’s classic orchestral writing morphs successively into a jazz-band delirium, a lively fanfare, a swirling comedy cartoon orchestra… In the end of the day, Roger Rabbit is an unmissable signature score from the composer, presented in its ultimate version. The release also features the original soundtrack album as well as the suites written for the three Roger Rabbit cartoons, rare compositions by Bruce Broughton and James Horner.