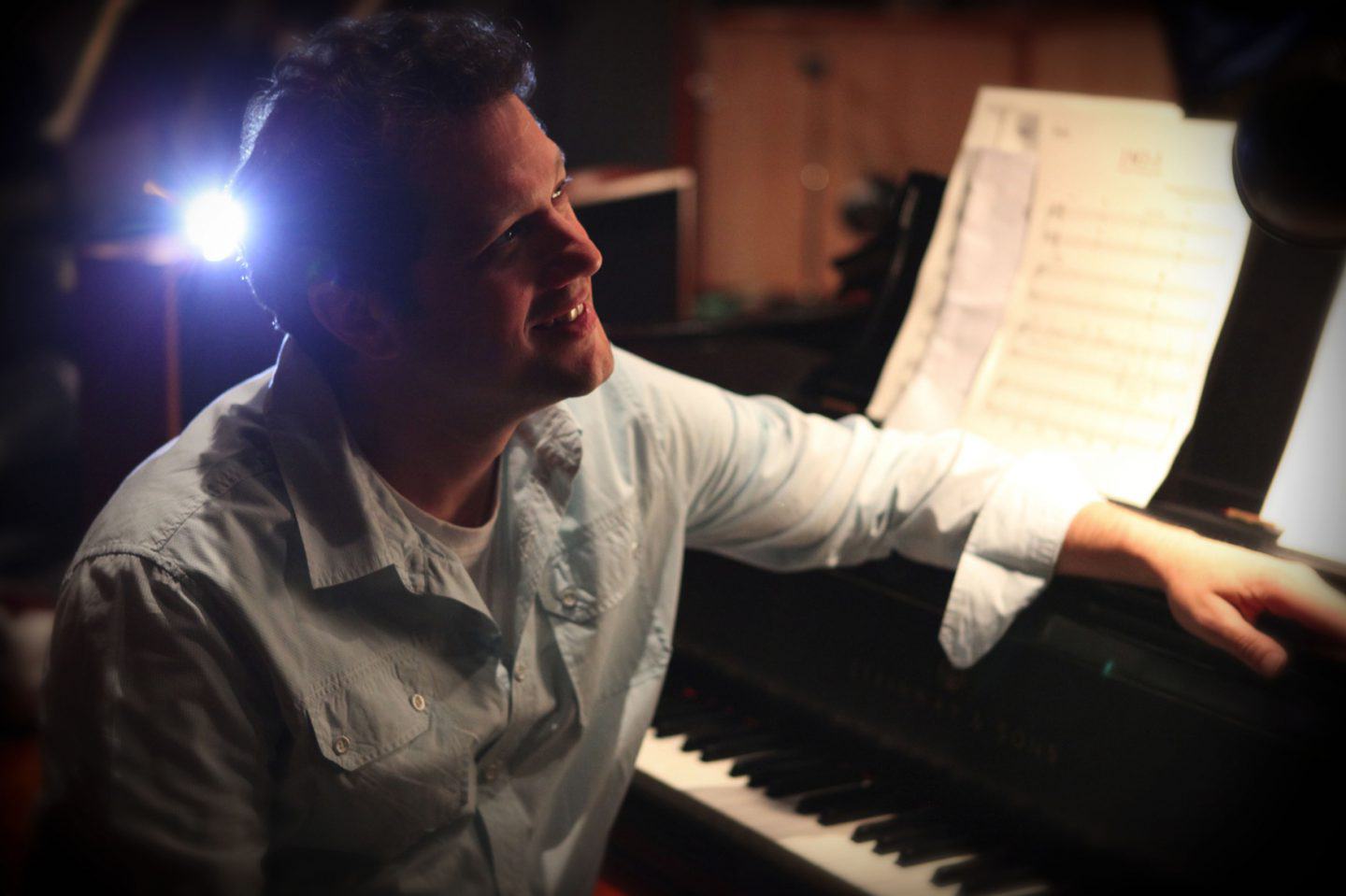 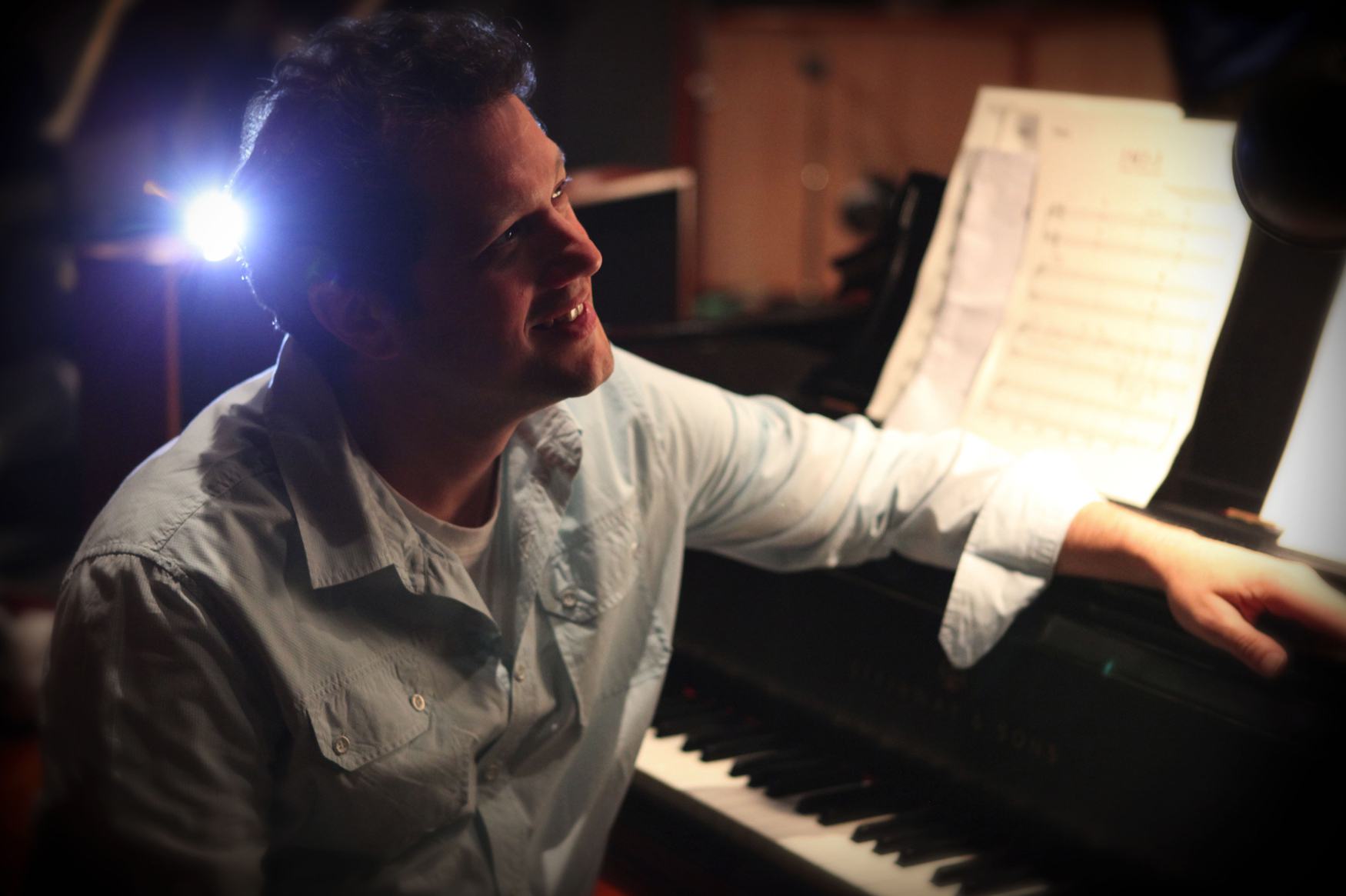 Every morning I think of Michael Giacchino because I wake up to the sound of “Married Life” from the wonderful soundtrack of Up. I’ve had a Frozen phase, but I reckon there’s only so many times a grown-up can listen to “Let It Go” first thing in the morning. Although he could not make it to Paris two weeks ago when he was honoured at the ‘Festival des musiques à l’image’, Michael Giacchino is the kind of guy who seems to transpire kindness and humility out of every single pore. There’s something about him and his impressive body of work that you cannot not love. His scores are the stuff that dreams are made of. They have texture and flesh, they are warm and homey, humane and spectacular.

Before becoming the accomplished composer we know and J.J. Abrams’ loyal collaborator, Giacchino started with the idea of telling stories and becoming a director thus studying film making in college. It’s only after that he enrolled at Julliard School where took music classes, and at UCLA where he studied instrumentation and orchestration. 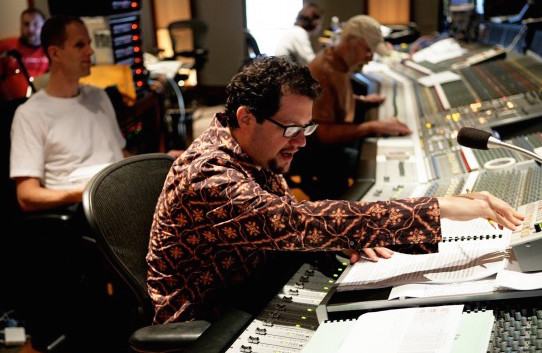 But Giacchino did not start as a composer right away. He loved cinema so much, he was ready to start anywhere in the industry. So he got a job as a video game producer, first at Disney then at DreamWorks, and started to make himself noticed for writing music. One day, he was asked to write a piece for the video game adaptation of The Lost World: Jurassic Park. The big boss was paying a visit and they wanted to show him a level that had just been finished and which was lacking some music. A few days later, he got a phone call and was told that “Steven” wanted to meet him downstairs. Giacchino agreed to see this person but was quite confused as to which Steven he was going to meet. “Steven Spielberg” was the answer of his interlocutor. “That’s no biggie,” he probably thought, “I’m just going to meet one of my favorite directors.”

And down the escalator was Steven waiting for Michael. The composer then faced the biggest dilemma he’d ever faced in his life: was he to wave at the director and stand still on the escalator or was he to climb down the escalator? He went for the former option, and Spielberg asked him to score the whole video game with a symphonic orchestra. Then he scored Medal of Honor and J.J. Abrams got in touch with Giacchino after listening to its soundtrack and asked him to work on the new show he was developing for ABC, Alias. And they’ve been working together ever since: Lost, Super 8, the Star Trek franchise just to mention a few. 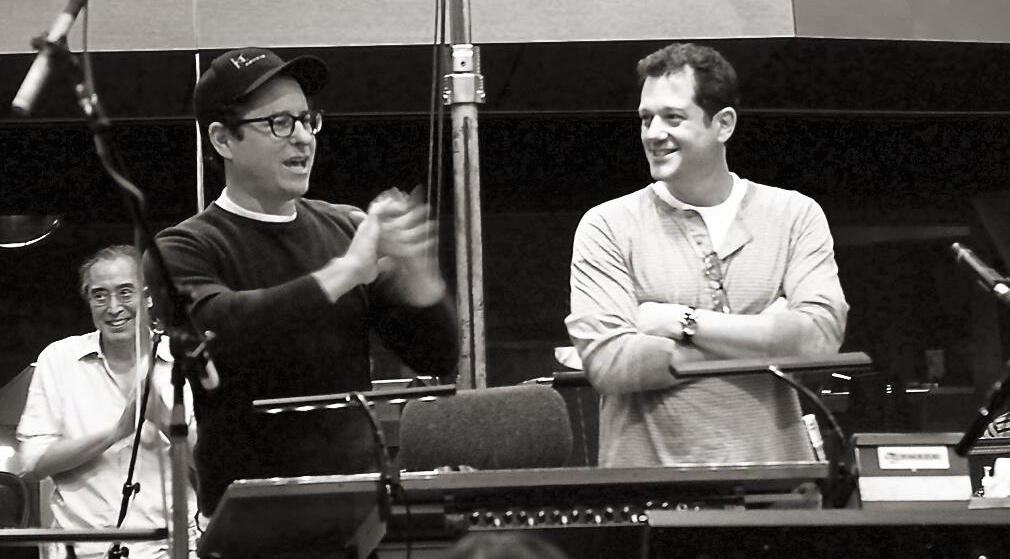 Giacchino does feel he has stayed true to the kid he was, who loved telling stories and  directing stop-motion films that he probably showed to his sister Maria, now his publicist. For him a composer is a storyteller and he can never stress enough the importance of storytelling when he talks about what scoring is. For him, giving a strong musical identity to a film or series is of the utmost importance, and music should help defining a character. He explains that when he was a kid, his parents would send him to bed but he could still hear the TV from his bedroom and tried to identify the shows according to the music he heard. And the best shows had the most distinguishable themes.

You just have to listen to the Lost soundtrack —a series that he described as an opera— which has themes for almost all the characters, or to Up’s soundtrack which is character-theme-based. But he says that music also has to stay subtle enough and not too revealing. The image comes first and music should know when to step aside.

The following video is a bit random, but it will just show you what a likeable bloke Michael Giacchino is.

At the 2010 Golden Globes where he was awarded for scoring Up, he seems to be happier thanks to the little word of encouragement given by Paul McCartney than by the prize itself (and not offended at all by the fact that Cher butchered his name). The video actually reflects how he feels about being a composer: it’s “a boyish love of creating stuff.”

Doesn’t that make you wish that one day, he’ll be the one waiting for you at the bottom of an escalator?

If you’re interested in Michael Giacchino’s work on Lost, you can read ‘The Spooky Fill’, the brilliant article written by Alex Ross for The New Yorker here. 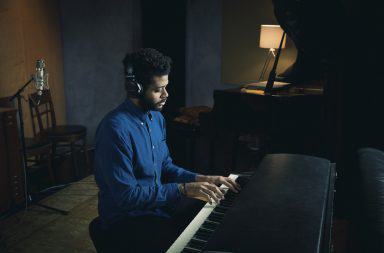 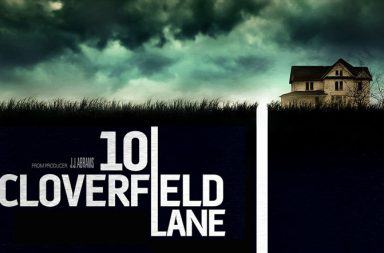