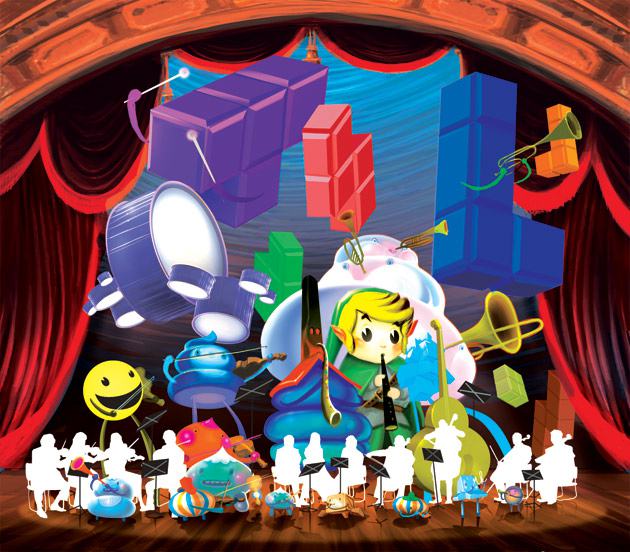 There’s a gap between this :

From the (repetitive) Russian folk song used in Tetris to Jack Wall’s BAFTA-nominated Mass Effect 2 soundtrack, music and sound in video games went through quite an evolution, am I right ? We could think that this is the result of the ever-growing complex and dark nature of video games’ scenarios but this has actually more to do with the evolution of technology. Indeed, from the start, video games music has been shaped by the hardware storage capacity.

In the 1970s, during the golden age of arcade video games, only a few electronic sounds could be incorporated. This did not bode well for any artistic exploitation. For instance, Pong only has three onomatopoeic sounds. Music, if there was any, was usually looped into a repetitive tune, intended to accompany the player for a short game (and maybe drive her/him crazy). In the 1980s, with the development of home and handheld consoles and the expansion of their storage capacity, something that sounded more like music started to emerge out of video games. Then came the 1990s, personal computers and the CD-ROM, ushering a different approach to video games.

A favorite of mine, Matt Kemp and Nathan McCree’s Eidos Tomb Raider II’s theme from 1997

In the past, one mainly needed to have a good eye-hand coordination and a lot of dexterity to avoid obstacles and enemies, which is not my case and which is why I suck at Pac Man. With the development of storage capacities and technology, video games became more realistic and the scenarios more convoluted… just like films. So it’s no wonder that the music also became more cinema-like, not just because it was possible to store more data. 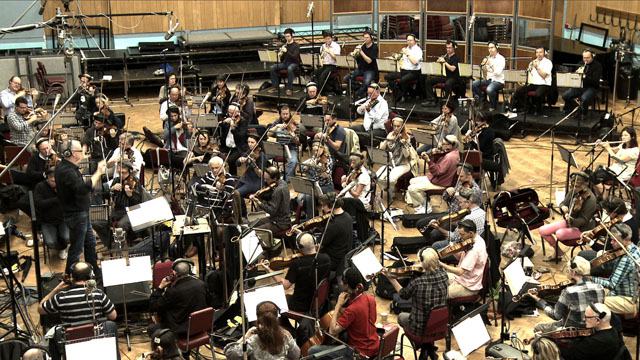 Composer Jack Wall recording the soundtrack of Call Of Duty: Black Ops II with an orchestra at Abbey Road Studios.

With video games, composers seem to have found a new way to score and new grounds to explore. They don’t follow a director’s narrative pattern. They have to take into account a player’s unpredictability and randomness. When scoring for a film sequence, the composer has a determined period of time to fill in with music. It’s a different story with video games and this involves creating a body of work big enough to accompany the player with dozens of hours without boring them. The worst thing that could happen is the player muting the music.

Although it still seems to be good form to do some gamer-bashing these days, video games and their music are — at last­— no longer disregarded as a low art form.

To go further, check these out :

Koji Kondo’s interview on his work with Nintendo

Michael Giacchino on Medal of Honnor