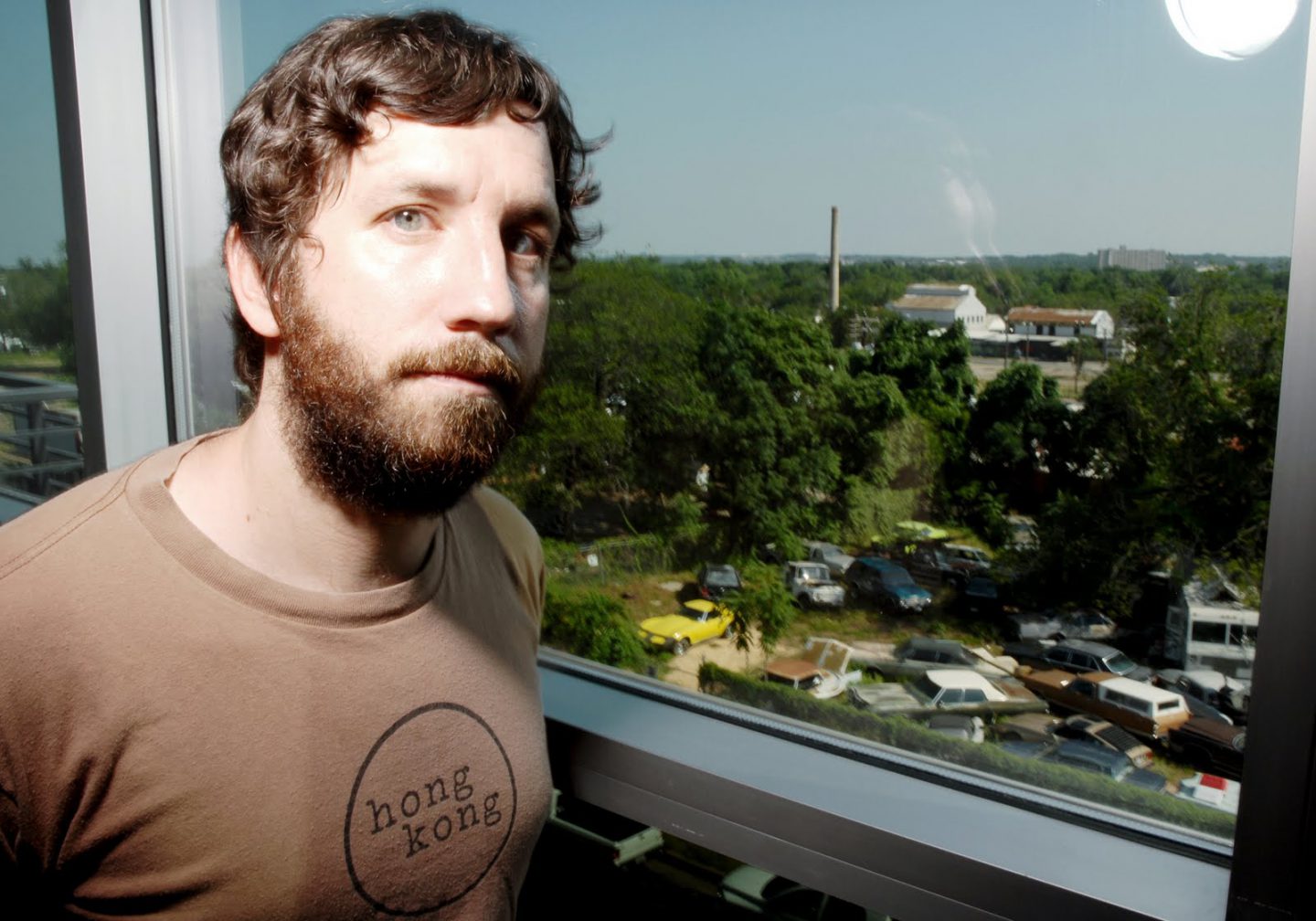 HBO dark tragicomedy Barry is a gem of deadpan humor that is crafted by a team of Emmy-nominated and Emmy-winning geniuses. Not later than Monday, actor Bill Hader left the Emmy ceremony with a prize in his pocket for Outstanding Lead Actor in a Comedy Series. The weekend before, it was composer David Wingo who was nominated for his stellar minimalist score for the second season of the show at the Creative Arts Emmy Awards. Barry is David’s first foray into scoring for TV (he now also works on Michel Gondry’s Kidding, starring Jim Carrey) but he’s been composing music for film for almost two decades now. His work in film includes the Oscar-nominated Loving, breakout indie hit Mud, and Midnight Special, all three from writer/director Jeff Nichols, a long time collaborator, as well as films by his childhood best friend David Gordon Green. With Barry, David could utilize his honed skills in indie film scoring, giving the series’ distinct “rough around the edges quality,” as the composer describes it.

Score It Magazine: How did you arrive on Barry? How did Alec Berg reach out to you?

David Wingo: A good two thirds of the films I’ve scored were made by directors David Gordon Green and Jeff Nichols. They both went to North Carolina School of the Arts and I feel that every job I had somehow leads back to North Carolina School of the Arts. One of the co-producers on Barry is Kris Baucom, he went there too and worked on several of David Gordon Green’s movies. When they were coming up with composer ideas, he threw my name in, and Bill [Hader] was like, “Oh, I am a big fan of George Washington and All the Real Girls [David Gordon Green’s first movies] and these were the two first movies I have worked on, almost 20 years ago. Bill is a big cinephile… and that’s how I got thrown into the mix.

Barry is a melancholic character, looking for himself, he’s into a lot of introspection, and this aspect is reflected in your score. How did you create the tone for the show’s music?

The first part of the process was about figuring out what role the music was going to serve on that show, see how the music could help the show find this tone between darkness, melancholy and comedy. Bill and Alec were always pretty certain that the music didn’t need to help the comedy: it’s the kind of show where any kind of comedic music was not going to fit the tone of the show, the comedy being more deadpan here. But we could not go full-on darkness, we couldn’t drag the rhythm of the show. So it was about finding the emotional core of Barry, which is a very sad, dark thing, and it just gets sadder and darker. For the second season we picked a toy accordion, a concertina and a melodica: those really helped, they bring a certain lightness

The music is used sparely throughout the show…

There’s not a lot of it, it’s a pretty minimal performance, but we tried to be effective. From the start, we decided to have no big orchestration. We knew it was going to be very synth-y, with a lot of analog synths. Before they brought on a composer in, the editors used temp music and Bill took a liking to something more minimal.

Are you working with other musicians on Barry, or do you play all the instruments yourself, given that the music is minimalistic?

The score is all me. The piano parts were fairly easy, I’m not the best pianist! When it stays minimal like this, I usually do everything on my own. There’s some guitar, and I’m a guitarist. In the first episode, Hank (Anthony Carrigan) is writing a letter back home and there’s this sort of like Chechen drinking song, so I brought in some of the singers from the L.A. Philharmonic to do some Chechen-sounding chants.

You also work on Michel Gondry’s Kidding. How is it to work with him?

It’s amazing! It’s a composer’s dream. It went really fast: I got a call, two days later and 10 minutes into the meeting, he and Dave [Holstein, the showrunner] said I got the job. I have loved every second of it. Michel is a visionary artist. There’s a scene where Jim Carey is on this children’s show and there are these daisies behind him, turning counter-clockwise; Michel’s notes were, “Daisies are moving at a waltz.” He tried to explain why the way the daisies were turning was a waltz time. Music and visuals are so truly integrated with him. He’s, I think, the greatest music video director of all time, that’s how his brain works.

Would you say Michel Gondry is more hands-on than Bill and Alec?

A little bit, but he also lets me stretch out. He’s always open. He has a more exacting vision of what he wants while Bill and Alec know the tone they want, but it’s harder to describe: it’s more a “I’ll know it when I hear it” kind of thing. It’s the same thing as working with Jeff Nichols. Jeff’s movies are all very different: sci-fi film or period/court drama, you still can tell they’re from the same guy. The tone, the way people act, the editing: it feels like Jeff. I feel that the more I work with Jeff, the more I understand this language. Coming back to Barry, it’s been a bit like that for the second season: it was like, “Oh, we already have the score in place so you can use a lot of the same themes.” But besides that, I think the second season is a slight improvement over the first season because everyone—the actors, the crew, Bill and Alec, the writers—understood this tone that the show was establishing more and a little better. The longer we go, the more I understand.

What did you change for Barry‘s second season’s score?

It was more about taking the existing melodies and themes and kind of expanding upon them. There was accordion and melodica in the first season, Bill just thought it was not working for the second one. We took that out and added more piano. The season ended up leaning more towards the darkness. I did not write new themes but what we did new in this second season was a more ugly, repulsive, anxiety-inducing sound kind of thing.

You are David Gordon Green and Jeff Nichols’ loyal collaborator. What are the perks and disadvantages of working with the same directors?

The perks are that I’m just in there from the beginning. We talk about the script before they start shooting so I can come up with very general ideas. When they shoot I can come up with demos and they can listen to them on set. I wrote Midnight Special‘s main theme while they were still shooting and they were able to play it on set.

They are very different: David is restless, doing something different all the time. He wants to do things he’s never done before, so that’s exciting. Jeff, as I was saying, goes from one genre to another with films like Midnight Special or Loving: what matters is the tone, it’s Jeff Nichols’ voice.

David and I have been best friends since we were 8 years old, so if I were to choose a drawback, I’d say that there’s no filter (laughs)! It’s like talking to your brother, basically! We never fight or anything but I am not gonna be as careful as I would be with anyone else. And he will not be hesitant to ask me to do a 30th tape. No issue pushing me as hard as he wants!

How did you meet Jeff?

Through David! He was 3 years below David at North Carolina School of the Arts. I did not meet him back then but we ended up having the same social group and working with the same people.

What is your favorite soundtrack/one that struck you recently?

I think my favourite score of all time is Cliff Martinez‘s score for Steven Soderbergh’s Solaris. Between Drive and Spring Breakers, he really established himself.

Now, recent scores, let me think… I’d go with Thom Yorke’s Suspiria score and If Beale Street Could Talk, Barry Jenkins‘s latest movie, score by Nicholas Britell. That score is really something, it’s gorgeous, he’s really amazing. The way he thinks about music to pictures is beyond his years.

More Kidding, season 2! David Gordon Green has a thing coming up too, I haven’t worked with him in a while because he did Stronger and Halloween, so we should work again together after he’s done with the films. Jeff is still trying to get his big sci-fi thing going, so we’ll see. I’ve had a band for years, our last record was in 2013 and since that time I’ve stayed a lot more busier scoring, which has been great, but I feel the urge to work on my own stuff again, so I am hopping I’ll be able to squeeze that in and scratch that itch that’s starting to become very itchy!