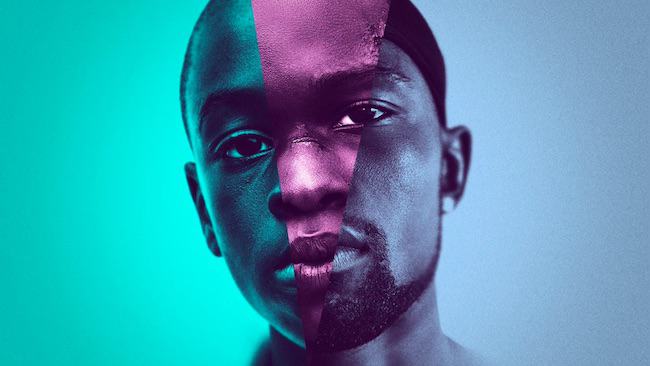 Moonlight is the most powerful and radically honest portrait of reality to grace the big screen in far far too long. This introspective coming-of-age meditation on love and identity challenges the stereotypical image of the black powerful body, criticising toxic masculinity and defying societal expectation by presenting a vulnerable counter image. As the first film about a black gay man to achieve mainstream success and possibly the first LGBTQ film to win an Academy Award, Moonlight’s deafening critical acclaim heralds the long awaited inception of a more diverse and inclusive cinematic universe. A film so profound and compelling necessitated an equally poignant musical accompaniment so director Barry Jenkins called upon the innovation and minimalist touch of The Big Short and Free State of Jones composer Nicholas Britell.

By fusing analog performance with digital-de-construction, orchestral with hiphop and poetry with music, Britell created an unusual, multidimensional musical experience. Moonlight’s tender sonic landscape is interspersed with orchestral interludes, ominous rumbles and melancholy melodies that echo the unspoken yearnings of the voiceless protagonist. What an absolute pleasure it was to talk with Nicholas about the intricate poetic nuances and layers of compositional depth that Moonlight’s score has to offer!

Score It: Firstly, congratulations on the Oscar nomination! Moonlight has been titled as the best film of the year, it’s the first movie about a Black gay man to achieve mainstream success and could possibly be the first LGBTQ film to win an Academy Award. How does it feel to be a part of such a pivotal film?

Nicholas Britell: It’s been really surreal, we believed so profoundly in the film when we were making it but never dreamed that something like this would happen. For all of us it’s been incredible, not only the opportunity for people to really see the film and the reception that audiences have had but also the fact that it’s been able to get some of these nominations and awards!

What was Moonlight’s initial impression on you and what cues did you get from it about what it needed musically?

NB: I was scoring The Big Short (dir. Adam McKay) in 2015 and when I was having dinner with one of the producers. He got very emotional about this screenplay called Moonlight that he’d read and asked if I’d like to read it too. I was blown away by it. The first thing that really struck me was this feeling of poetry. When I saw the early cuts of the film, I saw that Barry had brought that same feeling of poetry right into it. It had this feeling of sensitivity, intimacy, beauty and tenderness. I was asking myself how to translate this feeling of poetry into music. What is the musical analogue of poetry? What music feels tender and sensitive in that way? One of the first pieces I sent to Barry was called ‘Piano’ and ‘Violin Poem.’ I was really channelling this idea of poetry and Barry loved it, so it became ‘Little’s Theme’. 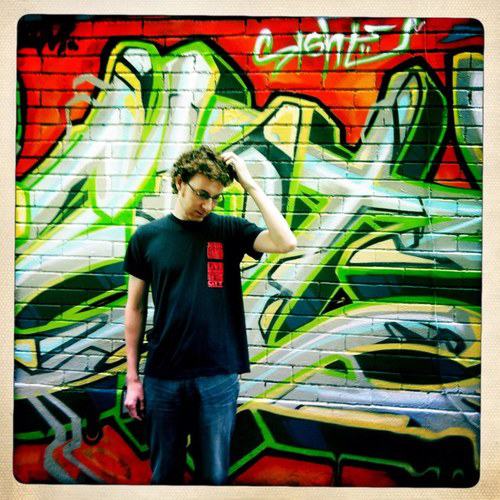 You created the fabric of Moonlight’s unique soundscape by using chopped and screwed, the 90s hip-hop technique. How did this idea come about and what was is it about this technique that for you, felt like the perfect fit?

NB: Barry told me in our early conversations of his love of chopped and screwed music, which is a style of southern hip-hop where you take tracks and slow the audio down so that the pitch goes down. You get really deepened and enriched music. We had a conversation where we thought to ourselves, “what if we chopped and screwed the score?” What if I wrote instrumental classical orchestral music, fully recorded it out and then chopped and screwed it and experimented with bending the audio? So that’s what we did. One of the really amazing things about film music is that until you put something up against the picture, you don’t really know if it works. The picture is the real determiner of whether to music feels like it’s part of the film or not. When we started experimenting with this it just felt so woven into the fabric of Moonlight.

What made you tilt towards an orchestral score with classical interludes for a setting and a culture so synonymous with hip-hop?

NB: An orchestral score was something that Barry had always imagined for the film. In parallel to him I was interested in following the emotional feeling and using that as a guide. Barry and I had the chance to work so closely together and we both saw the range of musical possibilities. We were very interested in having an intimate score played with real instruments, where you could even hear the players themselves, the sound of the bow on the violin strings. What was really exciting for us was utilising a technique from the world of hip-hop and applying it as a compositional procedure in the orchestral music, it was an interesting connection that we felt.

I’d like to talk a little bit about the themes. How did you evolve and transform ‘Little’s Theme’ to deal with Chiron’s character progression from childhood to adolescence and adulthood?

NB: We really focused on the question of “how do we connect the chapters?” Moonlight is in three chapters so we wanted to allow for musical cohesion while also allowing for a transformation to occur. One of the way we did this was by having a thematic idea for ‘Little’ in Chapter 1 which we then maintained but evolved it in each chapter. In Chapter 1 you have ‘Little’s Theme’ and in Chapter 2 ‘Chiron’s Theme’ which is a lower, deeper, very subtly chopped and screwed version of ‘Little’s Theme’. It’s the violin audio from Chapter 1 but bent lower. Then in Chapter 3,  ‘Black’s Theme’ is orchestrated from an ensemble of cellos so it’s a very rich string arrangement. I took that recording and pitched it down so you’re hearing it in another key which creates some interesting audio textures because the instruments themselves have a different texture. This process really fascinated us both, throughout the film there are these extra low end base frequencies where you hear music in a range where orchestral instruments can’t reach.

The score has an unusual sonic palette. I’ve read that you used interesting sounds and instrumentation to explore the theme of memory?

NB: We did this in a few places! We did a lot of integrating sound into music in the sequence where Chiron goes back into school to fight. Right at beginning, you see him looking in a mirror over a sink and there’s a sound which, in my ears, sounds like rushing air. That is the sound of Little pouring water into the bath tup in Chapter 1. So I took that production sound, brought into Chapter 2, bent and stretched it out and it created this interesting link. I was imagining that in that moment, Chiron’s world is turned upside down and memory isn’t always visual but oral! I was imagining this auditorium of memories in his mind’s ear. Sounds of traveling back to a moment of peace in his childhood when he was alone in the house. When he’s in the bathtub, there is what sounds like a the very insistent rhythm of a drum high-hat, but it’s not. It’s the sound of Kevin and Chiron high fiving for the last time before everything happened. There’s this memory of friendship that’s rattling around in his mind. A lot of the sounds in that sequence are drawn from the film and turned into music, creating a musical tapestry with instruments and actual sounds from the movie. 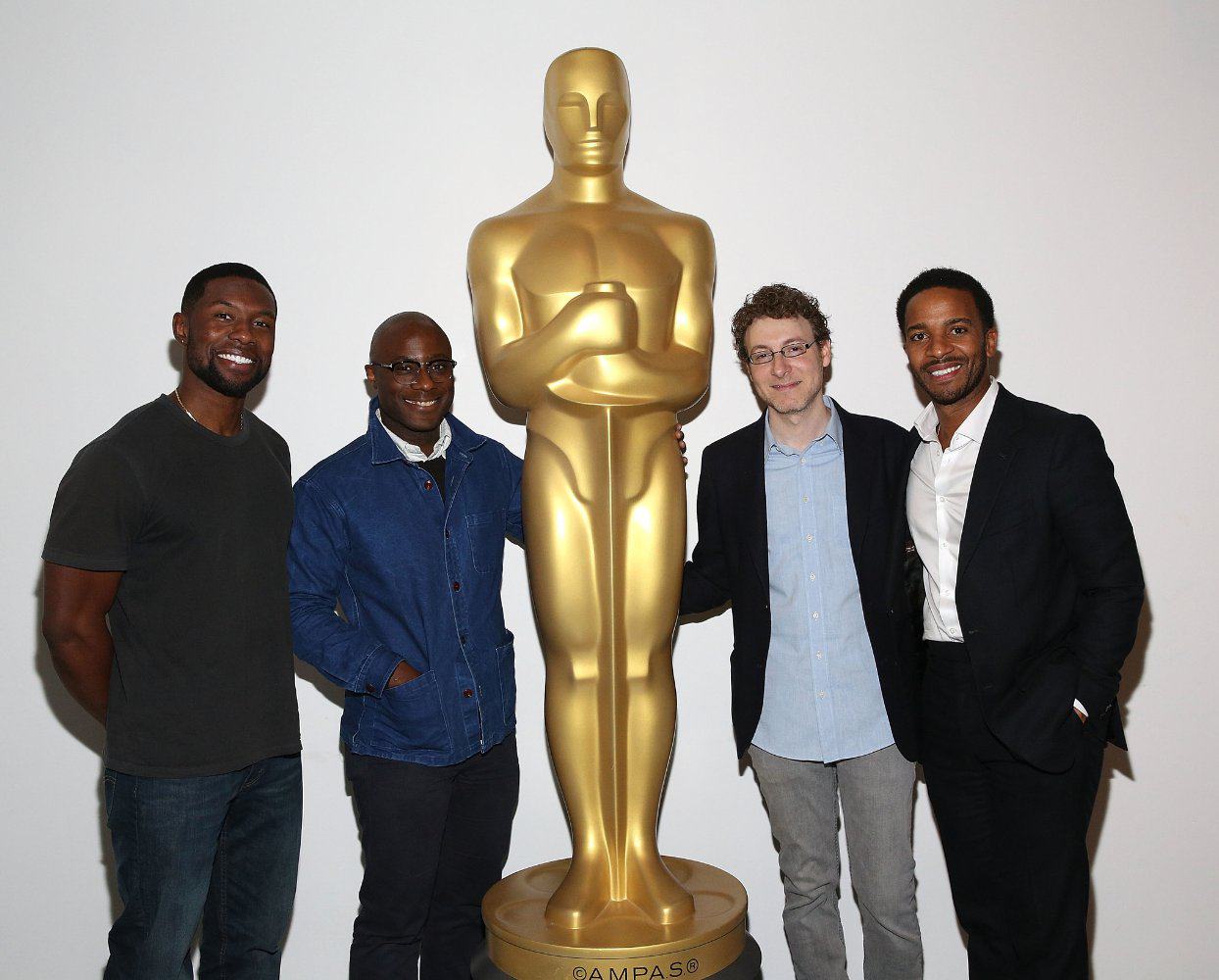 Barry Jenkins has talked about the importance of water in Moonlight, what did the landscape and water mean for you and how did you try to translate this musically?

NB: We thought about water a lot in Moonlight. When I saw the early cut of the film, it ended with Little looking out at the ocean to the sound of the sea. I said to Barry, “what if we put the sound of the ocean right at the very beginning of the movie?” So the first thing the audience would hear in the darkened theatre would be the sound of water and then the opening song, creating a surreal feeling where you wondered why you were listening to the ocean! We tried it out and it felt beautiful. I created an ocean sample sound and performed it so that it had an arch, an evolvement. There are musical cues that appear in relation to water such as in the early sequence of Chapter 1 when Juan is teaching Little how to swim. The piece is like a violin concerto with very virtuosic violin passages by the incredible Tim Fain. In the beginning the tremolo strings fade in right before they go into the water. That sound returns in Chapter 2 in “Metrorail Closing” when he’s heading back towards the beach to reencounter Kevin. There’s the same tremolo sound from Chapter 1 woven into “Metrorail Closing” during the love sequence. The last thing you hear before he gets back to the beach is the same musical idea that you heard when he was at  the beach in Chapter 1. We created subtle links to make a correspondence between water and music in the film.

Also finally could you just touch on your relationship with Barry, how did you guys work together?

First of all Barry loves music and has incredible musical instincts but it was also really fantastic how excited he was to meet up to work so closely with me on this. I feel like the key to really finding the right sound for a film is to work really close with the director, Barry was so open to this wide range of musical possibilities, exploring things and trying things out for me it was definitely an unforgettable artistic experience to work with him.