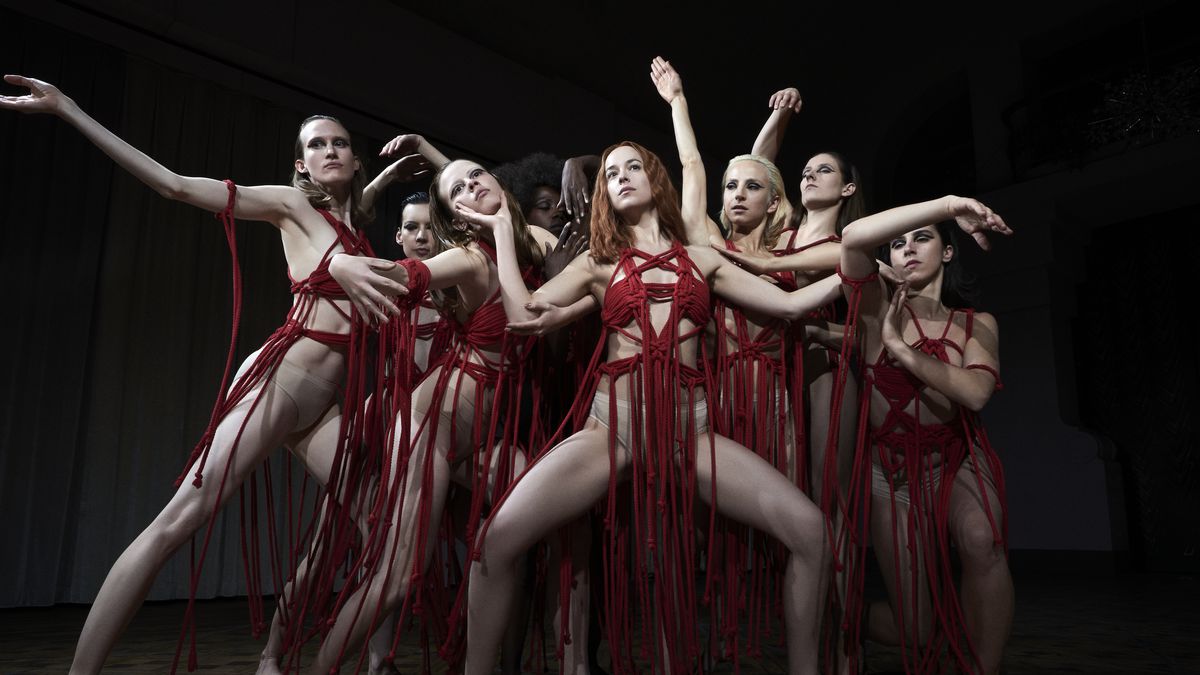 Dario Argento’s Suspiria has been one of the finest experimentations in horror film, not only by being radically modern even forty years after its release but also by vindicating the right for a scorned genre to be recognised for its aesthetic value. The film’s visual excesses give Suspiria a deep, dark definition of horror, evoked through a twisted gallery of plastic-art-influenced representations of beauty. And undoubtedly, so does the score. Even though Luca Guadagnino’s challenge of remaking that film may well be useless — regarding the timeless status of Argento’s tour de force — it might well be artistically relevant. 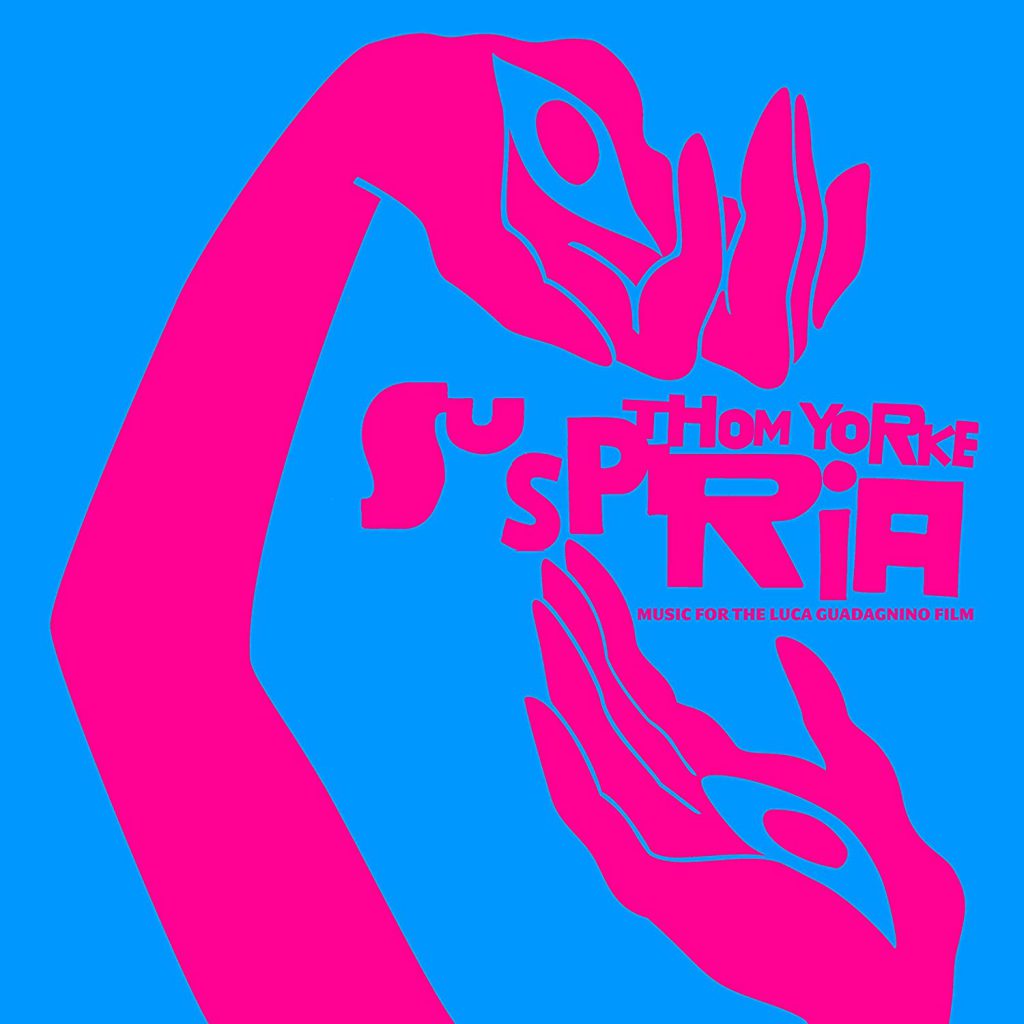 Now, if the Call Me By Your Name director – who, to no-one’s surprise, has always been a fan of the original film – did his best effort in order to make the audience forget about the crazy, haunting visuals that came out of Argento’s delirious mind, someone had to present an equally new interpretation of the film’s musical aspect. That someone is none other than the Radiohead frontman Thom Yorke, who is delivering with Suspiria an album that must be seriously considered as one of his finest works to date.

First and foremost, this is Yorke’s debut as a film composer, and somehow it is unsurprising, given his bandmate Jonny Greenwood’s rare yet influential presence in the realm of film music, thanks to his collaborations with Paul Thomas Anderson and Lynne Ramsay. It’s also because – let’s be honest – he being the composer for Guadagnino’s Suspiria is something we all took for granted from the moment we learnt about it. Yet from the very beginning, Yorke shows us that this is too good an opportunity to think out of the box and fully conceive Suspiria as the new Thom Yorke solo album. The composer tries to find and measure the musical boundaries of underlying terror, as opposed to the flamboyant, baroque compositions of Italian prog-rock band Goblin, Argento’s regulars. And he does so in multiple ways : Yorke’s Suspiria is an 80-minute long minimalist symphony of fright, in which the heterogeneous 25 tracks run together without interruption, linked by the continuous unsettling atmosphere and recurring sound effects such as footsteps or disturbed breathing.

The score features instrumental pieces, interludes, songs and the most unsettling gallery of sounds and noises you will ever hear. Although Yorke did not try to reference or borrow anything from the iconic Goblin soundtrack at all, he was obviously inspired by late-70s experimental music, particularly from Germany, which hardly seems to be a coincidence, since the film is set in 1977 West Berlin, a time and place that will be forever linked to the groundbreaking Bowie/Eno electronic experimentations. The original Suspiria, which was released in 1977, was set in Freiburg. He approaches the experimentations of prog-rock with the electronic bacchanal ‘Volk’, a complex 6-minute piece that opens the second part of the album. Yorke handles the richness of its discordant instrumentation with so much ease that you would want him to make a whole album using analog synths and late-70s technology only. 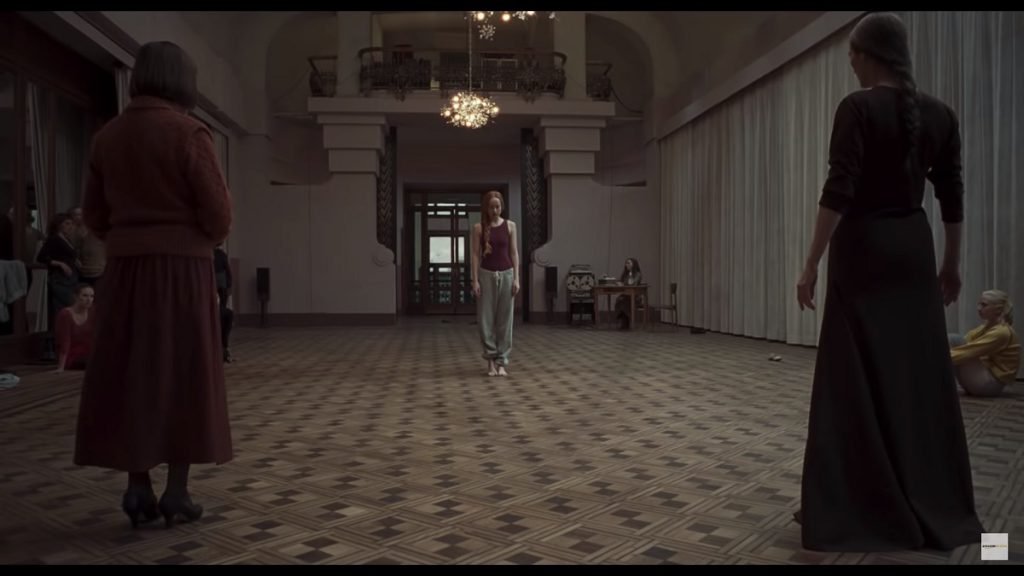 Yorke does a great job at exploring the fundamentals of horror film music. In ‘Belongings Thrown in a River’ the piano motif, sung along by ghostly choir voices, is enhanced by frightening synths and scary, desperate groans far behind in the mix – but just audible enough to be discomforting. The same motif can be heard in the ominous, electronic-led ‘The Inevitable Pull’ and then again in ‘The Balance of Things’. What he is better at doing, though, is when he gives his own personal interpretation of horror, and for that, you will have to listen to the album in its entirety. The tagline on Argento’s Suspiria US posters was, “The only thing more terrifying than the last 12 minutes of this film are the first 92.” The poster was right, but it seems like Thom Yorke had fun playing with this statement, turning it the other way around. Right after the avant-garde pop track ‘Suspirium Finale’ which, from its title, should have marked the end of the album, the composer unleashes another 20 minutes of music, which might be among the most dreadful things ever composed. The distorted breathing of ‘Synthesizer Speaks’, the very high-pitched screaming instruments in ‘Voiceless Terror’ and the fateful organ playing in the ‘Epilogue’ are remarkable moments of absolute terror. But these are nothing compared to the 14-minute downward spiral of intense fear which is ‘A Choir of One’. The London Contemporary Choir’s presence in the album clearly is among the album’s – many – key points. But this ‘choir of one’ is Yorke alone. Well, not exactly alone, because the composer, over the most minimalist instrumental part of these 80 minutes, duplicates his own chanting voice ad infinitum, creating a piece that evolves from a church music-flavoured complaint to a horrifying, continuous vortex that never lets you go until the transition with ‘Synthesizer Speaks’. Not quite ‘Street Spirit (Fade Out)’.

Still, Suspiria navigates through disturbing instrumental pieces and interludes and – more surprisingly – songs. And lo and behold, his lyrics are mostly him speaking out against the current climate of fear and conservatism, with clear references to Donald Trump – the “dancing puppet king” – and Brexit – “We won’t make this mistake again.” If this album clearly affirms its continuity in Yorke’s discography, nothing can prove it more than these songs. We can hear his one-of-a-kind fragile falsetto: devastating on the sad, cosmic piano ballads ‘Suspirium,’ evil on ‘Suspirium Finale.’ ‘Unmade’, a soothing arpeggio that drives the eerie pop song ‘Open Again’ will sound appropriate to any early Radiohead fan. ‘Has Ended’ has a trip-hop feel to it that makes his echoing voice even more compelling and unreachable – unquestionably one of the highlights of the album. Yorke’s songs are always emotionally evocative: by allowing the listener to breathe before going back to the depths of horror – even though ‘The Universe is Indifferent’ features Yorke’s delicate voice over a dissonant, disquiet string instrumentation – these tracks bring an additional dimension to the album, making it exceptionally complete. Thom Yorke’s Suspiria is a colossal piece of film music but more importantly, it is a complete work of art. One that does not need visuals. One that proves how emotion can be expressed by beauty, and how beauty can be expressed by terror. One that never fails when it comes to torment. One that will last for ages to come.