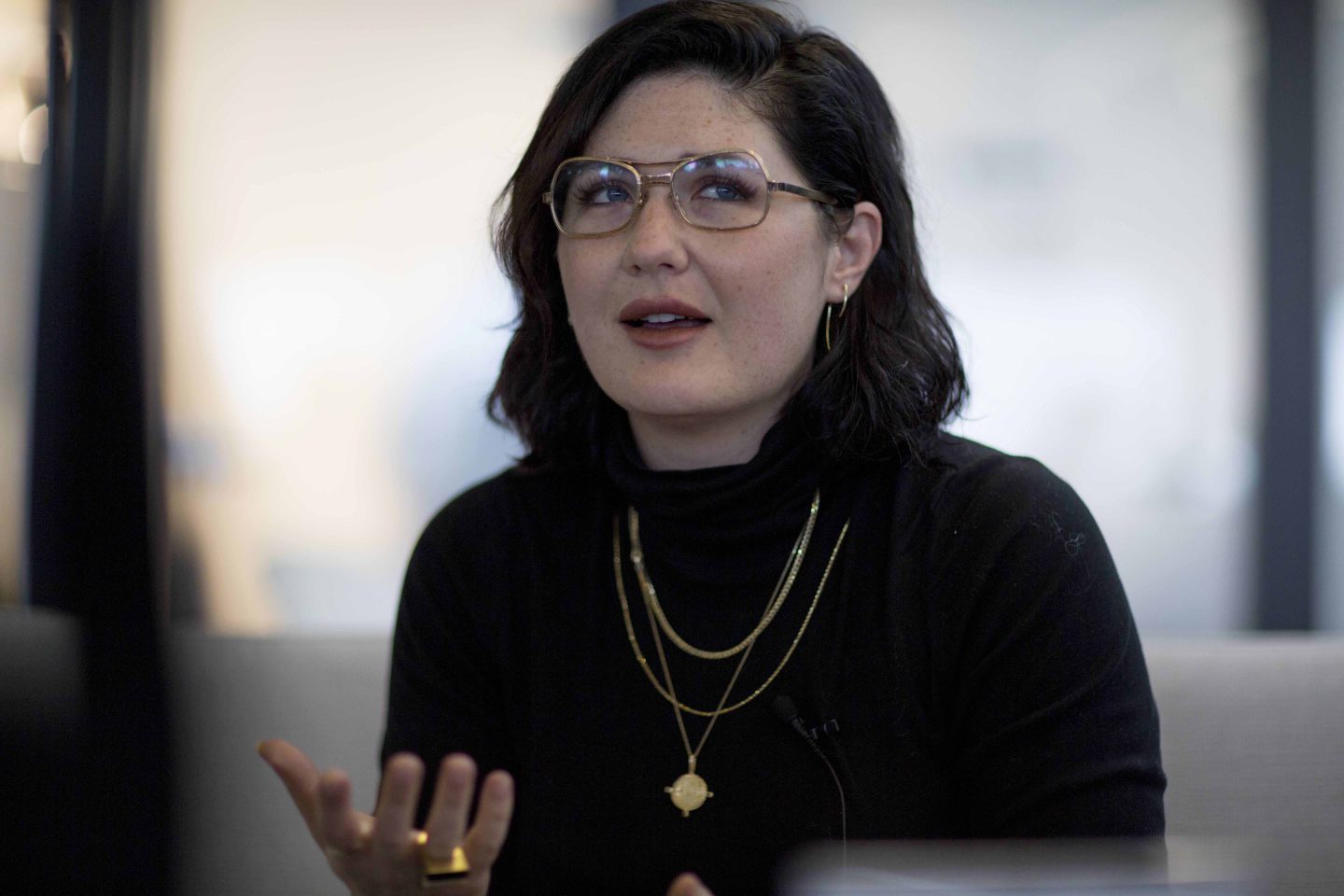 Morgan Kibby is an impressive artist. A world-touring musician and a Grammy-nomminee with band M83, a multi-intrumentalist with a solo career under the name of White Sea, a songwriter (for herself and other bands such as Panic! At the Disco), a film composer, an actress, it’s seems that no box is left unticked on Morgan Kibby’s unusual CV. The American composer is in Cannes with French director Eva Husson for their second film together, Girls of the Sun, which centers on a battalion of Kurdish women who fight against extremists. It has divided the critics after being shown in the Official Selection.

Within the framework of the Cannes Soundtrack Awards, Morgan Kibby took the time to answer a few questions and told us more about her relationship with Eva Husson, about her work and her stance on the music for Girls of the Sun and her experience as a female film composer. 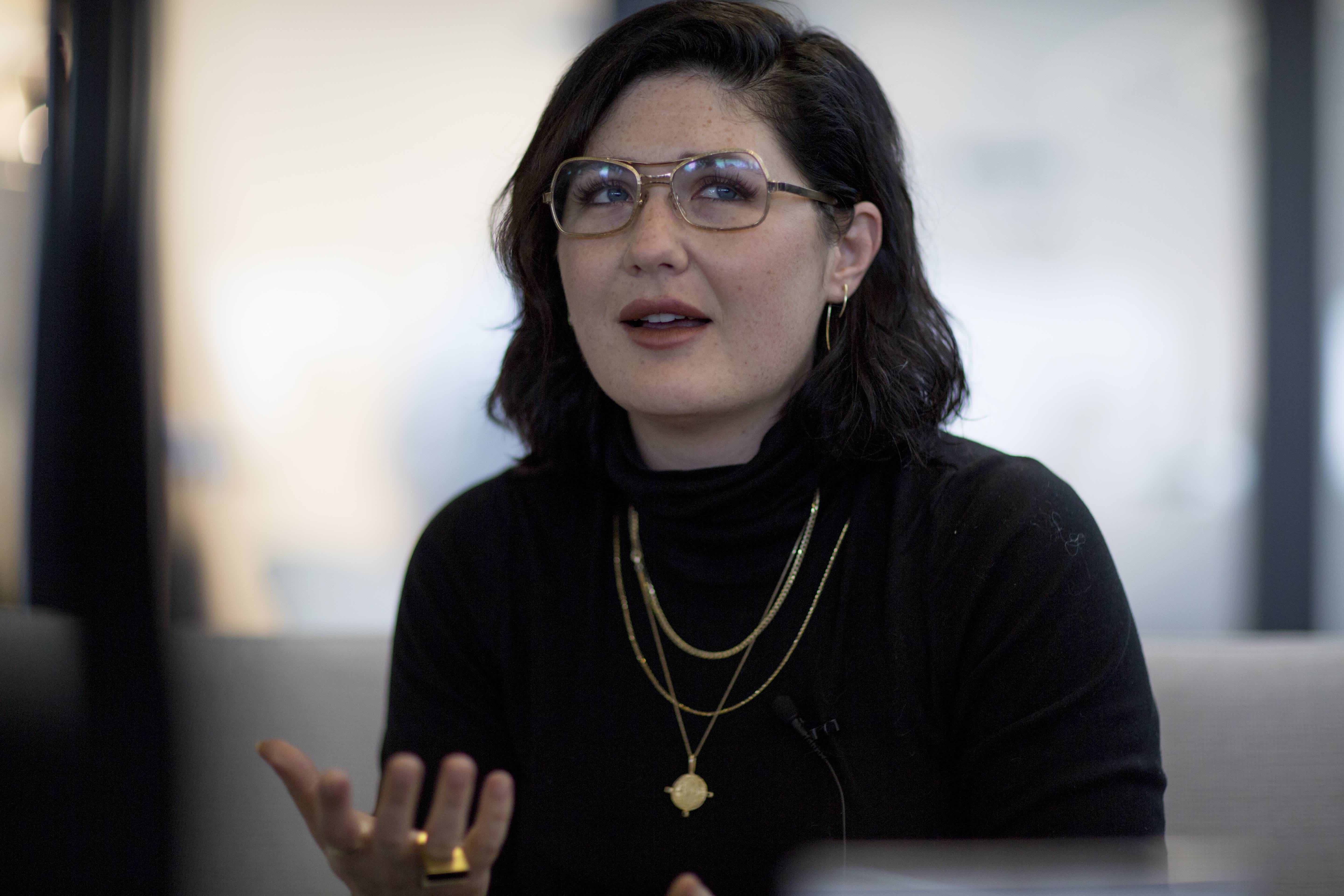 You started your collaboration with Eva Husson a few years ago, can you tell us how you two met?

She found me in a hallway when I was 17 and I ended up acting in a bunch of her MFA programme short films. We’ve known each other for a very long time, so when she did Bang Gang (2015), she asked me to do the music, and that was my first film.

You met her at the Lycée Français?

Yes. She was not a student as she is a bit older than me. She was doing her Master’s and I was finishing high school.

How much direction did Eva give you regarding the score?

She’s very specific. Eva really loves music so she has a very unique vision of what she wants with it. You would think that the movie would have Kurdish-influenced music but I immediately said “that’s dangerous.” There’s no way I can even begin to scratch the surface in a couple of months to try to understand the nuances of this kind of music that I don’t know. So we decided to just go with a very traditional orchestral sound. Eva loves horns so we used horns. We were very focused on having a very beautiful big emotional romantic score.

The music is very present in the film and I think that this is something journalists here in Cannes have talked a lot about. What do you think about it?

I think it’s a question of taste. I think that French film doesn’t have music the way that American film does. So I think that people are predisposed to really hate it, which I was prepared for (laughs). This was a choice we made and Eva is not a traditional French filmmaker. She’s not completely accepted by the French press either so we thought that there was going to be some backlash about how much music there was. But that’s what we wanted to do and we stuck with that choice… et voilà! We have to live with the consequences now, it hurts so much (laughs)!

Do you take it personally or do you manage to distance yourself from all this?

I mean, how could you not take it personally? I have a good sense of humour about it you know, it’s an honour to be here, if the film wasn’t good enough it wouldn’t be in Cannes. And that includes the music, so I feel responsible for helping Eva bring her vision to life which is frankly the thing that I care most about. As long as she is happy, I am happy.

Did you see the film before you started composing or did you get the script early on and started working on the music right away? 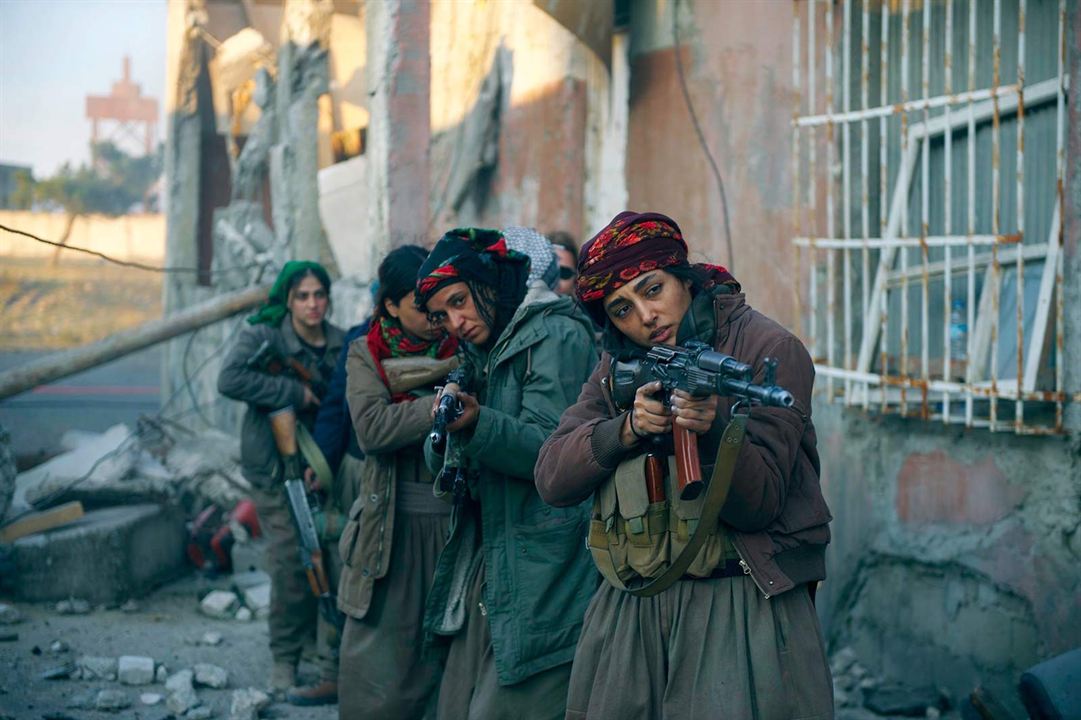 When we were at TIFF with Bang Gang, I remember Eva coming down saying “I just read the most incredible article, I think I’ve figured out what the next film is gonna be about.” So the seed had kind of been planted. I read several versions of the script even before we had even decided that I was going to do the music. Just because we’re so close, I wanted to read it and she wanted my opinion. When they were filming I started to try to find the thread of the music for the film and I wrote a couple of pieces that weren’t quite right and then I ended up writing the very first cue of the movie which she really fell in love with. That was kind of the thesis statement of the score. It ended up being placed at the beginning of the movie.

Did you record the score in Morocco?

We actually recorded the full score in Los Angeles but there’s a song that the girls sing onscreen and I happened to be in Morocco when they were filming and I wasn’t going to be back in time to my studio to write it there so I had to write it in the middle of desert, figuring out the translation from our translator because obviously, I don’t speak Kurdish. They sent me the text and she (our translator) recorded herself singing it so that I could understand the exact pronunciation of words and then proceeded to record the vocal for the girls to have a reference and so that they could learn the song.

You said your main goal was helping Eva bring her vision to life. You are a solo artist yourself but you’ve written for other bands. Would you say that lending your skills to other artists, helping them bring their visions to life, whether they are directors or musicians, is a similar experience?

This is a very perceptive question. It is very similar. Obviously the main difference is there are no words so in terms of the writing, it gets only focused on melody, execution, instrumentation. For Girls of the Sun, it’s in service of what Eva is creating. It’s very much informed by her influences and her direction for the vision of the whole project.

The score sounds like a traditional score but the way it is used in the film isn’t very traditional. Did you help Eva and the editor put the music in place onscreen ?

Not really honestly. I was sent specific scenes I needed to write music for. So aside from the very first piece, the first cue, everything was like “okay, we need music for the tunnel scene, for the suicide.” I didn’t really have a hand in choosing where the music went. Eva would just send me the scenes they were in the midst of editing and I would just start writing music for those. But yes, the approach was very traditional for sure, in terms of how I was writing it.

Eva said in an interview, while referring to the scene where a woman on the brink of delivery flees the Taliban, that a man would have done this in a very different way, that there would have been more distance between the camera and the characters. She strongly believes there is a female point of view in her films. Would you say there’s a female point of view in your music too?

I mean, I think it’s inevitable in the sense that from the very beginning we made the choice to do something beautiful with the music. I think traditionally, or at least in my experience of war movies, the music is very muscular, with drones… there’s an intensity and a sharpness to some of those scores. Ours is very lyrical and very beautiful, and it really does play to what is going on the screen. It was  a fine line between hitting it on the nose and leading people by the nose (laughs). I think in terms of the idea of beauty and the association that I have with the beautiful experience of being a woman and what it sounds like to me I think there is an element of female perspective in the music, absolutely. 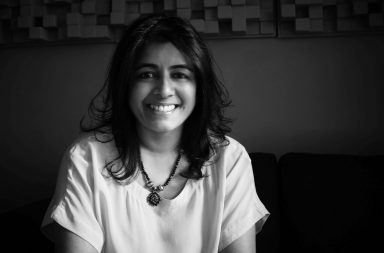