The Aubagne International Film Festival, created in 2001, is a film festival celebrating international cinema and film scores, which also strives to nurture young talent. The Festival takes place in March every year in Aubagne, a commune situated in the Provence-Alpes-Côte d’Azur region of southern France.

A selection of exciting short and feature-length films feature at the festival, along with an eclectic range of music performances from international artists such as DJ Craze, Chinese Man, Alo Wala and The Penelopes. In particular, the Festival aims to put a spotlight on film music and support young talent in the domains of cinematography and film score. There are events available for young artists to attend during the festival, such as educational workshops, master classes and special talks with key figures in the industry.

As part of the Festival’s educational opportunities, the French composer Jerome Lemmonier is leading a Masterclass throughout the festival with nine young composers who are charged with the challenge of conceiving an original score for five short-films. Masterclasses like these, held during the Festival, provide young people with a sharp insight into the professional world and a precious opportunity to build their network.

Among the various honoured guests invited to present their projects to the public, the renowned American composer Rachel Portman spoke about her music score for the blockbuster Chocolat (2001) which starred Juliette Binoche and Johnny Depp.
In this vein, we felt this would be a ripe opportunity to celebrates Rachel Portman’s inspiring work here on Score It.

Born in 1960, Rachel Portman has composed an impressive amount of film scores during her career. At the age of 14 she was writing her first compositions, and her career began composing the scores for BBC dramas and Channel 4 films, such as Oranges Are Not The Only Fruit.
Since then, Portman steadily gained attention by composing music for a wide variety of films and TV series. In 1996, she became the first female composer to win an Academy Award in the category of Best Original Score for her work on Emma, a film by Jane Austen starring Gwyneth Paltrow and Ewan McGregor. Portman was also nominated for an Academy Award with her scores for The Cider House Rules in 1999 and Chocolat in 2000, a score which became very popular and an iconic landmark in her career.

Listening to Rachel Portman’s creations is a joy: she creates colourful scores that enhance and reflect the emotions of the films’ characters. String and wind instruments usually take a dominant place in her scores, often creating a powerful impression of gracefulness that directly impacts the viewer’s experience.

This track entitled Sewing and Archery, an excerpt from her score for Emma which won an Academy Award, is a perfect embodiment of Portman’s style: delicate, yet irresistibly re-listenable.

Portman’s musical sensibility enables her to compose scores for heavily dramatic motion pictures, as well as romantic comedies. Her latest score for Bessie, an HBO TV-film about the legendary American blues singer Bessie Smith, received an Emmy Award for Outstanding Music Composition for a Limited Series, Movie, or Special. The singer Queen Latifah plays the protagonist Bessie Smith and also performs on the soundtrack alongside the band Vince Giordano & the Nighthawks. Catch a glimpse of the series’ musical ambience in this video :

REVIEW : “Confetti in the Sky Like Fireworks” (Ben LaMar Gay) 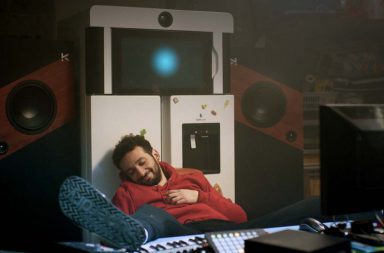