REVIEW : "Confetti in the Sky Like Fireworks" (Ben LaMar Gay) 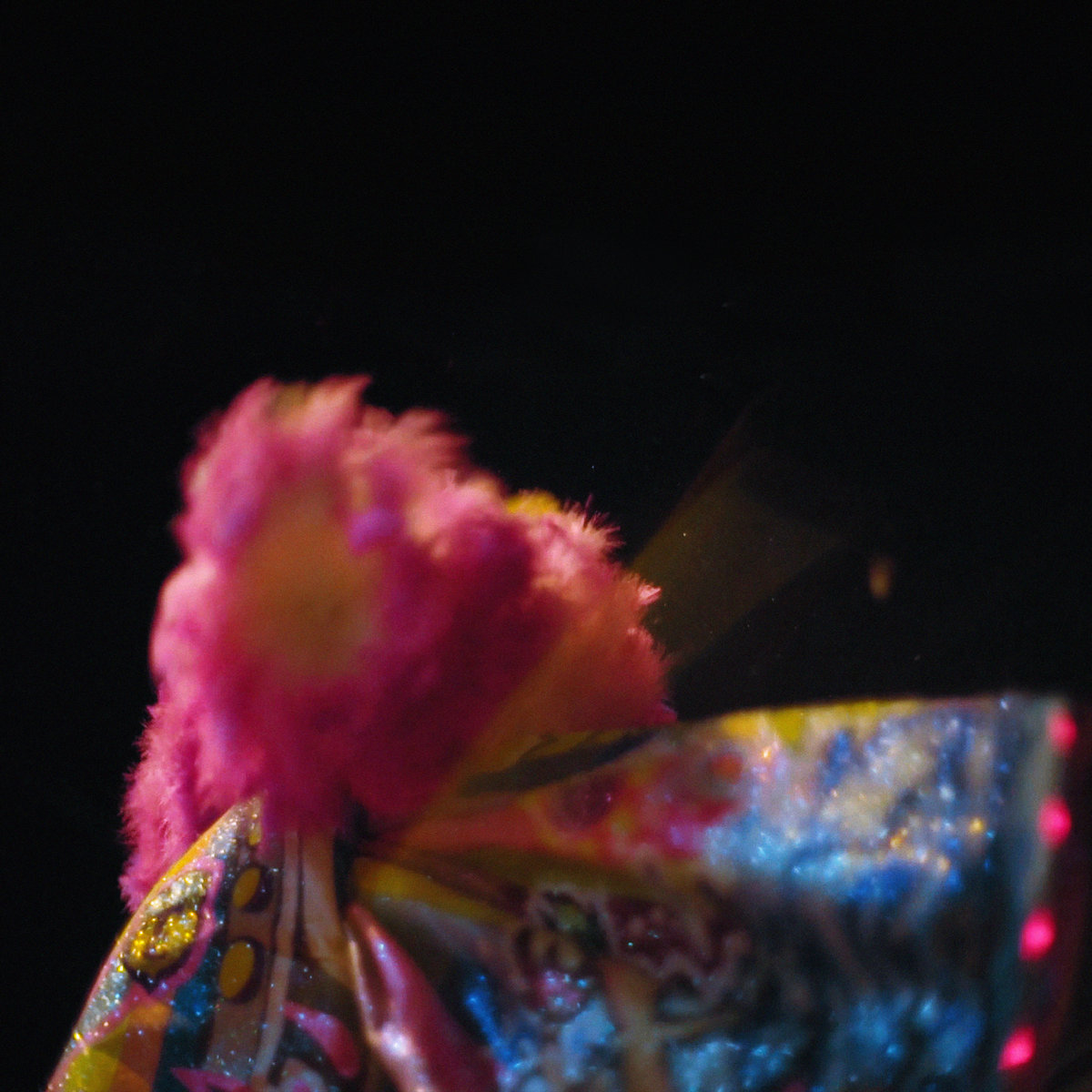 If we were to break Ben LaMar Gay’s extraordinary debut in music recording down to a single film title, it would be something like The Music Machine. Not that his artistry has anything to do with this oddly enjoyable British disco musical, but this title would perfectly fit him as a nickname, since the composer and cornetist showed his versatility and ease in creating astonishing pieces which range from free jazz to experimental electronica to nebulous soundscapes. All of which constitutite a yet unconcluded prima opera made of seven albums. The very first release from the Chicago musician, Downtown Castles Can Never Block the Sun, dropped a little less than a year ago, and serves as a debut album as much as a best of his work, because it compiles music he has composed over the last seven years, on seven albums he never released. Downtown Castles is, so to speak, some kind of gateway to his art and skills. But in an unexpected, dramatic turn of events, Ben LaMar Gay finally decided to release those seven albums in their entirety and, in doing so, went one step further. He released three of them between September and December and returned in March with Confetti in the Sky Like Fireworks, the original score for Ben Holman and Neirin Jones’s This is Bate-Bola, an unclassifiable, mesmerising 16-minute documentary about Rio de Janeiro’s underground Carnival.

Gay, who made a name for himself in Chicago’s underground jazz scene, lived for several years in Rio, which was a decisive time for his life, his career and his approach of music. So, when the duo of British directors immersed themselves in the strange, noisy world of bate-bola, they hit just the right spot by choosing Gay as their composer. Bate-bola, a tradition that goes back to the early 20th century, is the pride of Rio’s northern favelas. A moment of celebration that alone can sway away the pain and the violence of these working-class neighbourhoods: ‘People always see what’s wrong in our communities, but they don’t see our happiness. Carnival alone allows us to forget about all the bad things,’ we hear in the documentary. All year long, residents of Guadalupe get ready for the saída (the exit), the night they all get out and celebrate, dressed in their flamboyant handmade costumes which convey beauty, exuberance and monstrousness all at once, a few miles away from the crowded parades, where tourists and exuberant samba dancers ignore everything from them, even their very existence.

This is Bate-Bola is as much an insight to Brazil’s forgotten Carnival as it is a vibrant and somehow poetic testimony of what life is really like in the favelas. Holman and Jones’s handheld camera find both poetry and magic in the rawness of these nameless – and, sometimes, faceless – beings and turn essential documentation into a fabulous work of art. A blessing for Ben LaMar Gay, who turns out to give his most experimental and in some way his most personal work up to this day. Confetti in the Sky opens with ‘Amanhã É A Gente’ (‘Tomorrow is the people’), a one-and-a-half minute long procession of reversed sounds, as if, by opening this album, the artist put the listener in conditions to enter his own eerie world of recollections of his time in Brazil. Then goes ‘Nos Reunimos Em Fantasias’ (‘We meet in fantasies’), a foggy experimental piece, the length – 14 minutes, almost as long as the film – and the richness of which make it the album’s undisputable highlight. Continuous synth lines divide the space into two horizontal, equally penetrating timbres that Gay fills, one with the fear and anguish of the favelas’ inhabitants, the other with their unseen, unknown and ignored happiness, upon which lies the shadow of the upcoming exit night. In a surprisingly dynamic game of modulations, the composer makes those two lines irregularly exist one over the other, conveying in the piece as a whole all the questions about complexity and contradictions that the only existence of favelas and of the souls that live there can raise.

After this long introductory phase, Ben LaMar Gay’s genius reveals itself little by little. The following album tracks follow one after the other, never exceeding the two minute mark. For the next eight minutes, Gay takes us on a stimulating phonic walk on a tortuous path fraught with pitfalls. In his comforting presence, we are progressively introduced to his knowledge of Brazilian funk, only through scraps and inspirations, mixed with the experimental nature of his work. The powerful, minimal synth line of ‘Kingdom Come / Strong’ finds progressive sense in the complexity of the following pieces, where a single riff only becomes a layer of a whole elaborate groove which alternately conveys a xylophone (‘Angola and You’), an accordion (‘O Desfile Da Madu’) and, ultimately, gets back to the sole power of percussions (‘Glitz of Glitter’). All this growing intensity, built on beats in which samba and trap meet halfway, is suspended and held in the air by the near-symphonic grace of ‘Movimentos’ and ‘Melhor que tem’ (‘Better than you’), only to explode even louder at the very end of the album.

This Is Bate Bola (Beija Films, all rights reserved).

The Carnival’s saída, which concludes the film, logically concludes the album as well with the only sung piece, properly named ‘A saída’, with lyrics written and sung by Flavio dos Prazeres – grandson of samba pioneer Heitor dos Prazeres – in an explosion of colour, joy and energy so strong that this piece alone gives the album its well-deserved title. Confetti in the Sky Like Fireworks is built in three acts, each of which is marked by a transitional piece – ‘O Rugido’ (‘The roar’) closes the first act with nearly two minutes of a Lynchian white noise, somewhere between the sound of an airplane and the best of mic-rubbing moments in ASMR, and ‘Casos De Vidro Soam Como Sinos’ (‘Cases of glass sound like bells’) closes the second one with a continuous bell ring which announces the imminence of the exit. And when it comes, in the very end, when the composer’s frenzy experimentations finally meet funk carioca in its purest form – boom-shak shaka-boom-boom-shak – it is merely uncontrollable.