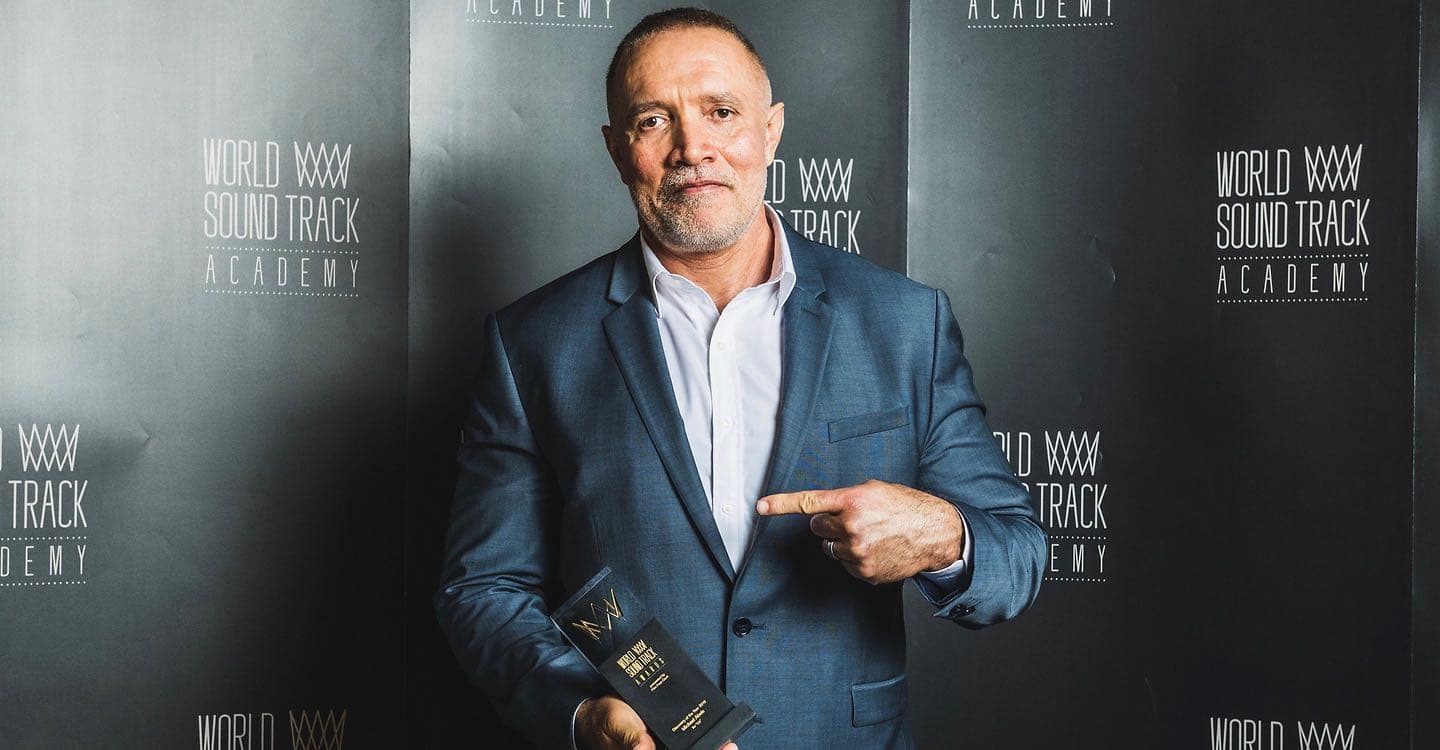 Ever since the World Soundtrack Academy was created in 2001, it has kept a keen eye on new talents. From Jeff Beal, Ramin Djawadi and Fernando Velázquez to Benjamin Wallfisch, Gustavo Santaolalla and Steven Price, all of yesterday’s Discovery of the Year nominees have become key figures of the film and TV composing landscape today. The World Soundtrack Academy, which gathered a voting committee of 385 professionals—most of which are acknowledged composers—takes pride in giving an annual award to an emerging artist talented enough to be among tomorrow’s film music masters. 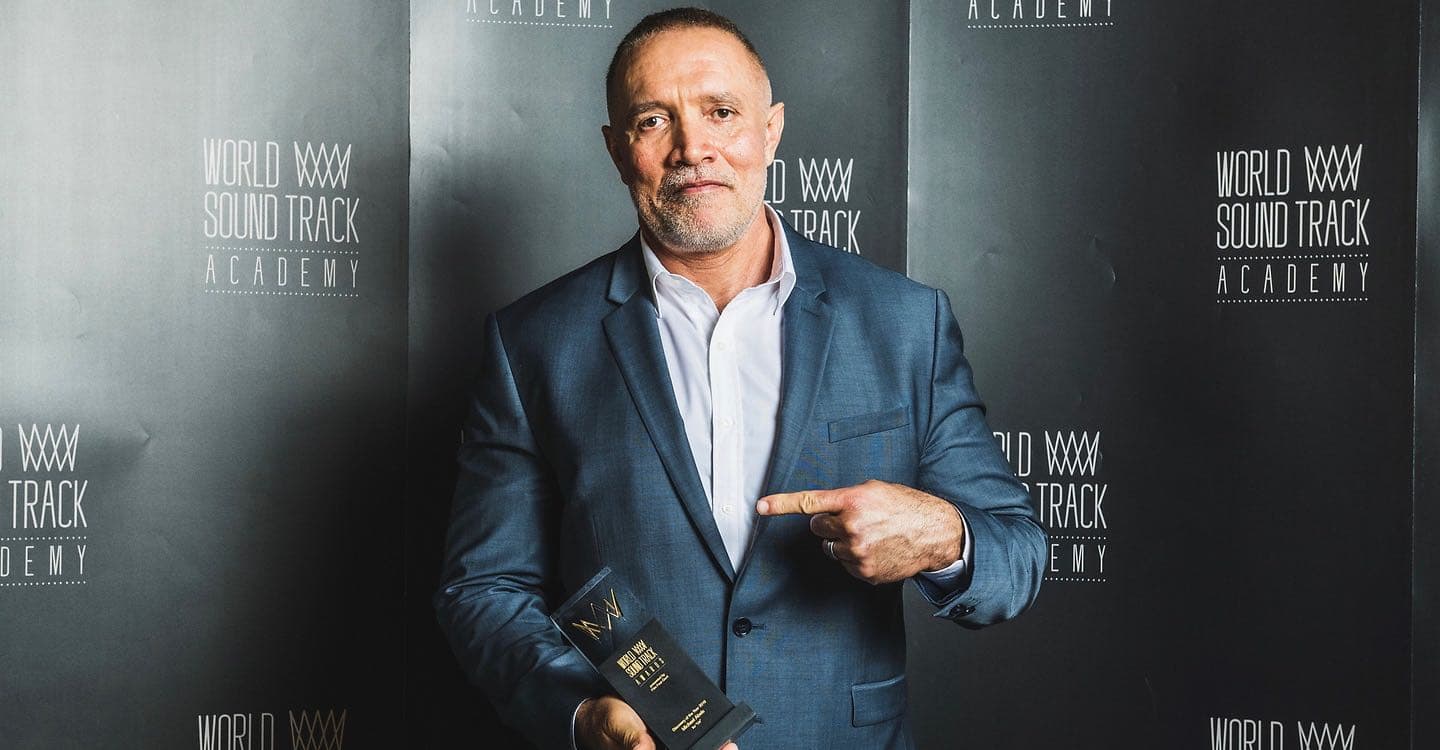 According to World Soundtrack Academy member Ray Costa, who over the years has represented rising talents as well as well-established composers such as Jerry Goldsmith or Alexandre Desplat, getting a Discovery nomination ‘is not small.’ Many of Costa’s clients have won Oscars, Grammys, Tonys or Golden Globes, but he insists that the Discovery of the Year section is not one to be underrated.

Jordan Peele’s horror sensations Get Out and Us earned composer Michael Abels a nomination as WSA’s Discovery of the Year in 2017 and he won the award this year. ‘It’s great to be acknowledged in any way,’ Abels says, ‘but to know that you’ve connected [with your peers,] that’s really valuable.’ Abels just turned 57 and although he’s had a long-running career in creating amazing orchestral works, he is only getting started in the film music industry—Peele offered him his first film experience ‘after he saw one of [his] concert works, Urban Legends, on YouTube. He had the post-production supervisor find  [him] and give [him] a call. [He] thought it was a joke but it turned out not to be, so [he] met Jordan […] and [he] ended up scoring Get Out.’

On closing night, the award was presented to Abels by 2018 Discovery winner Tamar-kali. The Mudbound composer is aware that no matter how long and rich your professional experience is in the music industry, starting a film composer career is a long-in-the-learning process. She and Abels have that in common that their film scoring career is, in some way, a new life, or a new method to express their art. It feels obvious that what the Get Out director liked about Urban Legends was less the social and political aspect of the concerto than its dissonant, sometimes scary arrangements, but it feels even more obvious that the mix of the two was the key. And Peele—pun intended—has clearly set himself apart in the horror genre, with an unusual mix of humour and political awareness to his films’ Hitchcockian plots. When we asked him about channeling his inner Bernard Herrmann for the Us score, he answered that it came first and foremost through the choice of the instruments: ‘Jordan challenged me to make things that would make people uncomfortable. He told me that the film was about duality, so I put together instruments that don’t belong together.’ A cimbalom, a didgeridoo, a kalimba, voices and drums ‘from many different cultures’ are just a few examples of what you can find in the Us library. ‘It was very deliberate to use instruments that don’t belong together, let alone at the same time.’

Michael Abels’s two scores for Jordan Peele have received worldwide acclaim from both professionals and the audiences, and you can get a glimpse of his latest compositions for film in Netflix’s Spike Lee-produced See You Yesterday. Tamar-kali will meet Mudbound director Dee Rees again on The Last Thing He Wanted, from the Joan Didion novel, due to release next year, but before that, she scored the horror writer Shirley Jackson biopic, Shirley, premiering a first piece from the score at the World Soundtrack Awards.

Like Michael Abels, and Tamar-kali before him, some of the 2019 Discovery of the Year nominees have proved a successful career in studio or live music before turning to film scoring: Green Book composer Kris Bowers had already released two solo albums, toured with jazz legend Marcus Miller, worked with Aretha Franklin, Jack White or A Tribe Called Quest, and even played on Kanye West and Jay-Z’s milestones album Watch the Throne. Disasterpeace, who was nominated for the Under the Silver Lake score, released some chiptune solo albums in the mid-to-late 2000s and scored a few video games before David Robert Mitchell offered him to write the score of It Follows.

Other Discovery nominees Anne Chmelewsky and Segun Akinola fell into the rabbit hole of film music way earlier; although both live in London and have assisted composer Michael J. McEvoy, they met for the first time in Ghent. They both began doing music very young and have been seduced by film music quite early. ‘I got into it because of Star Wars, which is, I guess, very boring,’ Chmelewsky says, laughing. Akinola ‘started doing [film scoring] while [he] was still studying composition at school. All that film thing made [him] learn a lot ahead of schedule.’ After having scored short films while still studying at the Royal Birmingham Conservatoire, he provided the score for some episodes of BBC documentary series such as Panorama or Black and British: A Forgotten History, and composed the music for the eleventh season of Doctor Who. He was nominated at the WSA for The Last Tree, his second feature film with director Shola Amoo, with whom he ‘developed a great relationship.’

Chmelewsky’s actual debut in film composing was triggered in a most unexpected way: ‘I wrote an operatic version of the show The Office and I put it on for a laugh—which seems like a pretty expensive joke to make. But it got picked up by Ricky Gervais and Stephen Merchant for a Comic Relief sketch. Through working for them, I met one of their producers who introduced me to Amma Assante, who was working on the script for Where Hands Touch—this was twelve years ago—which just got made last year.’ Where Hands Touch, the story of a mixed-race teenage girl and her struggle for survival in Nazi Germany, features a beautiful, romantic score with emphasized melodies.

As Akinola’s and Chmelewsky’s careers in film music are still in their infancy, they are amazing talents with creative minds, and we can predict that their most interesting projects and their best compositions are yet to come. Ray Costa, whose film-music client list is without a doubt Hollywood’s most impressive, naturally had a few stories to share about young talents who grew up to be some of the finest names in the film music industry: ‘Steven Price was a client of mine when he was nominated for Discovery of the Year for Gravity and he lost it, although he had just won the Oscar, [to Daniel Pemberton.] And he’s had a phenomenal career since. Michael Giacchino won Discovery of the year [in 2004,] he was just getting started, then he went on to win an Oscar.’ No need to say that we will be very much looking forward to their future works.