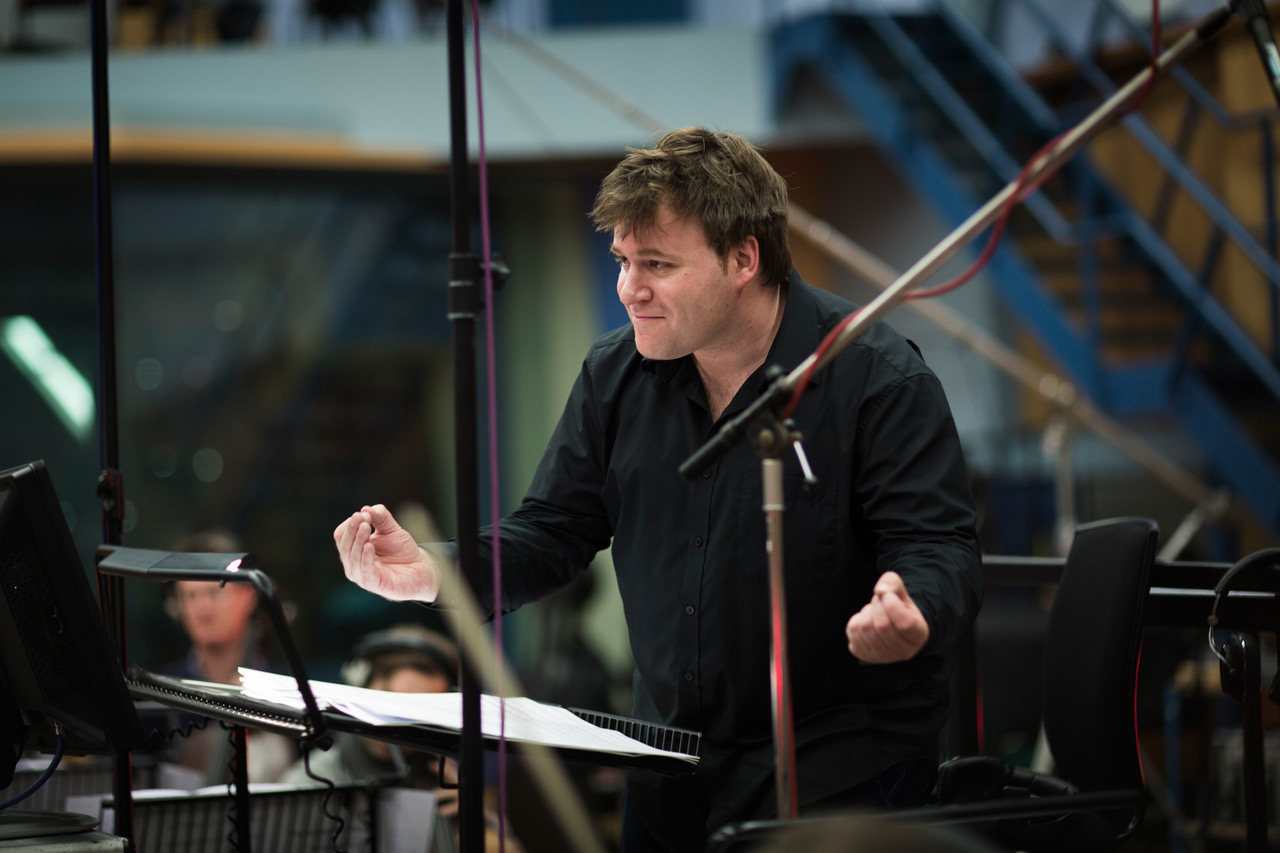 Born in a family of musicians, Benjamin Wallfisch seemed predisposed to enter the world of classical composition with a bang: his mother is a violinist, his father is a cellist, and his grandmother, Anita Lasker-Wallfisch, is one of the last two surviving members of the Women’s Orchestra of Auschwitz. He was what you would call a gifted child, starting composition at the age of 6 and conducting orchestras at 14, while still at school and learning the piano.

A decade later, with already a very successful career in performing and conducting, Wallfisch made his first compositions for film. After he was hired by Danish filmmaker Thomas Vinterberg to write the music to his second English-language film Dear Wendy —the score of which was performed by the Philharmonia Orchestra and earned him his first World Soundtrack Awards nomination as Discovery of the Year— the composer met Dario Marianelli, who had heard the Dear Wendy soundtrack, and asked him to be an orchestrator for his score for Joe Wright’s Pride & Prejudice. The collaboration with Dario Marianelli went on for seven years, with Wallfisch serving as an orchestrator and a conductor on scores such as V For Vendetta, The Brave One, Agora, The Soloist and the Academy Award-winning score for Atonement. As he was only getting started at that time in his film composing career, Benjamin Wallfisch recalls this collaboration with Marianelli as ‘a true apprenticeship.’

The second career-booster was his encounter with Hans Zimmer, for whom he wrote additional music for 12 Years a Slave. They carried on their collaboration at a much significant level, as Wallfisch composed the variation on Sir Edward Elgar’s Nimrod which was inserted in Zimmer’s score for Dunkirk in 2017, and the two also co-composed the jazz-infused score for Hidden Figures (along with the unpredictable participation of Pharrell Williams) and the massive, ethereal score for Denis Villeneuve’s Blade Runner 2049.

But Wallfisch takes pride nonetheless in exploring many genres by himself, which made him a serious contender for his fourth nomination at the World Soundtrack Awards with many very different compositions, be it the heavy-metal-fueled score for Hellboy, the strings-driven intimacy of Serenity, the flamboyant homage to the jazz score masters such as Henry Mancini, Quincy Jones, John Barry and Lalo Schifrin in King of Thieves or the big orchestral score with nods to John Williams and Alan Silvestri that can be heard in Shazam!.

Score It Magazine: You had already done a few film scores on your own before meeting Hans Zimmer, and he’s the one who approached you by sending a ‘fan letter’, those are his words. How did that happen?

Benjamin Wallfisch: It’s a really funny story and Hans tells it much better than I do, actually. It was back in 2011, and Hans came across one of my films late one night on TV. He didn’t like the film but seemed to appreciate something about the score. So he wrote an email, and it was definitely one of those emails you don’t wanna ignore. At the time, I was mostly working in classical music, conducting orchestras for concerts—I had done a couple of scores of my own but I was barely on the path of becoming a film composer. But this email was lost in the deep black hole of the Internet for about three months, remaining unanswered.

One day, with Richard Harvey, a friend of mine who’s an amazing musician and composer, a polymath, we were having lunch and I asked him, ‘You know, I’d love to meet Hans one day,’ because they’d worked together and they knew each other, so he said, ‘Yes, let me set it up.’ They had dinner a couple of weeks later, after which Richard called me and said, ‘Hans said that he wrote you and you ignored him!’ I was like, ‘Nope, didn’t get that email, and… Why would I do that?’ But then, of course, Hans and I connected and met. Eventually, Hans got an answer to his email which said, ‘Thank you for your email, but I think you meant Benjamin Wallfisch the composer. This is Benjamin Wallfisch the lawyer.’ (Laughs)

At the time, I was very nervous to meet Hans, you know, this amazing artist, but that story helped break the ice and we quickly became friends. He’s extremely generous with his time and with his mentorship and for me, some of the things I’m most proud of have been done in collaboration with him.

Hans Zimmer pushed you to write what he calls a ‘visceral response to the story’ before starting the scoring process, whether it ends up in the final score or not. Is it something that you have fully incorporated to your composing process?

One of the things he’s so exceptionally good at is spending really quite a time with the story in the abstract and thinking through on a narrative level, what it means and what’s the subtext. It is a very extended process of experimentation to find the right approach—the right sound, the right theme—and I have definitely adopted that method in every score I write. Even if I only have four weeks to write a score, I spend at least two or three days just coming up with core material from a picture, to just figure out what it is that I want to say. And you quickly discover if it’s gonna be part of the DNA of the movie or not. 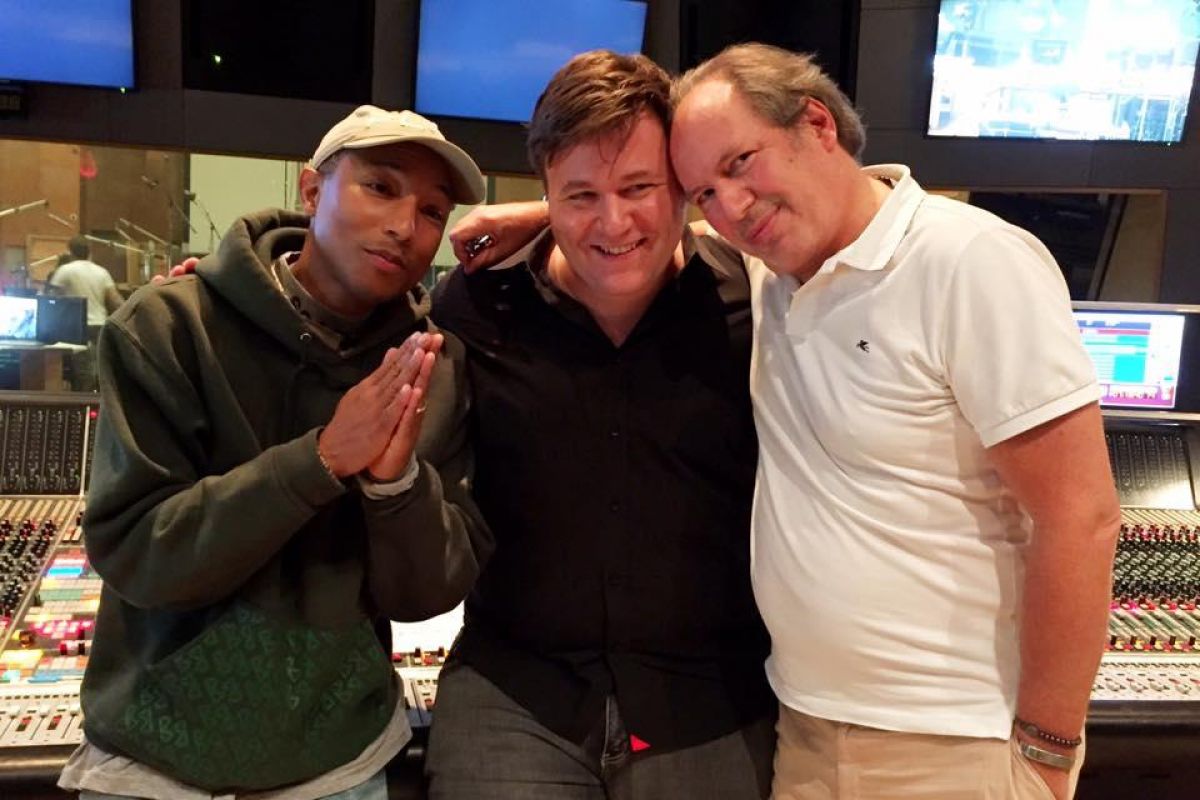 How often is the first impression the right one?

I try to be very conscious and I check myself very frequently when it comes to the narrative and the story. You can train yourself so that your first instinct tends to be quite good, but it’s a constant battle. Sometimes, I’ll be presenting a cue which I really love to the director, but there’s something inside it, I’m not 100% sure what, so I say, ‘Let me try something about it, you might like it,’ and they do. Or they don’t, but the point is that you have to check yourself: if this person who has worked on this film for the last three years—while you’ve only been working on it for one week—doesn’t feel that emotional connection, it’s very important to respect that. I’m very grateful that in my twenties, I got to do a lot of work very fast, because I developed a speed of work which serves me very well when it comes to giving a director a sense of kind of being in a laboratory, where nothing has to be fixed.

Listening to your compositions for film, I came across a track called ‘Home’, which you co-composed with Hans Zimmer for Christopher Nolan’s Dunkirk. And I was struck by how this piece—and each of your scores has an example of that—gathers all the film’s themes in just one cue…

In the case of Dunkirk, I can only take tiny reward for the credit. In that case, my very small contribution was the Elgar reinvention, which was a very incredible thing to do on such a piece of music. But I think what you’re talking about, for me, is almost part of that process of starting away from the picture. It’s about writing two-, three-, maybe five-minute-long pieces of music which somehow capture the tone of what the score might become—or might not, but it’s a good way to get things out of your system. Even if it is just one gesture or one motif, it’s enough: all you need is one clue to start the process.

And at the very end, there’s the soundtrack album, which to me feels like cheating, because you have, like, two hours of pre-recorded material and you go, ‘Let’s turn this into an album!,’ which you can put together chronologically or just forget about the chronology and make it all about the listening experience—normally it’s a mixture of the two. But that’s the moment when you feel that, at some point, generally towards halfway through the album, there is the cathartic moment where you had made your study.

Among the several film scores you did this year, I particularly loved the boldness and the spirit of Hellboy, which is basically an orchestral score in a classic, narrative way, but which is driven by crazy, heavy-metal compositions.

Hellboy is a very different film from the first two, it’s much more visceral and extremely aggressive. David Harbour’s version, I thought was much heavier, much more swagger than Ron Perlman’s version. So, going into that direction, the score was about how hard can we push the combining of rock music with the orchestra. I love music that I find terrifying to listen to because I like to get inside the technique of how those sounds were created. For that reason, I love what’s going on in electronic music right now, with a more underground crowd who have been in a very experimental and very aggressive territory… With Hellboy, I tried to delve into that fascination, because it was interesting to have a film that requires to go into the extreme. There was a big part of having fun for no reason, but of course, the combination with the orchestra was important for the narrative element. It was just a really enjoyable, nuts experience. Why it works, I have no idea (laughs).

Which genre is the most difficult to score ?

I don’t think there’s any one genre that’s more difficult than the other, it’s all difficult. In the best way, of course. It’s always a challenge. It’s a little bit easier when you’ve worked with the director before, so you already have a shorthand because it’s an abstract language. This whole thing is about how do we communicate about music. And it’s part of the reason why I love doing it.

In the It franchise, the score swings between deeply horrific cues and much more emotional, sometimes even nostalgic or romantic pieces…

In the case of the horror movies that I’ve done, I put the horror elements to one side and think about what else is going on in terms of motivation, and how the story brings out the relationships. When you put aside the horror elements in the It franchise, you realise that this is a movie about a losers club. So, yeah, everything has its challenges in their own way.

Special thanks to Valerie Dobbelaere and the whole team at the World Soundtrack Awards.