THE SOUND OF CANNES #1 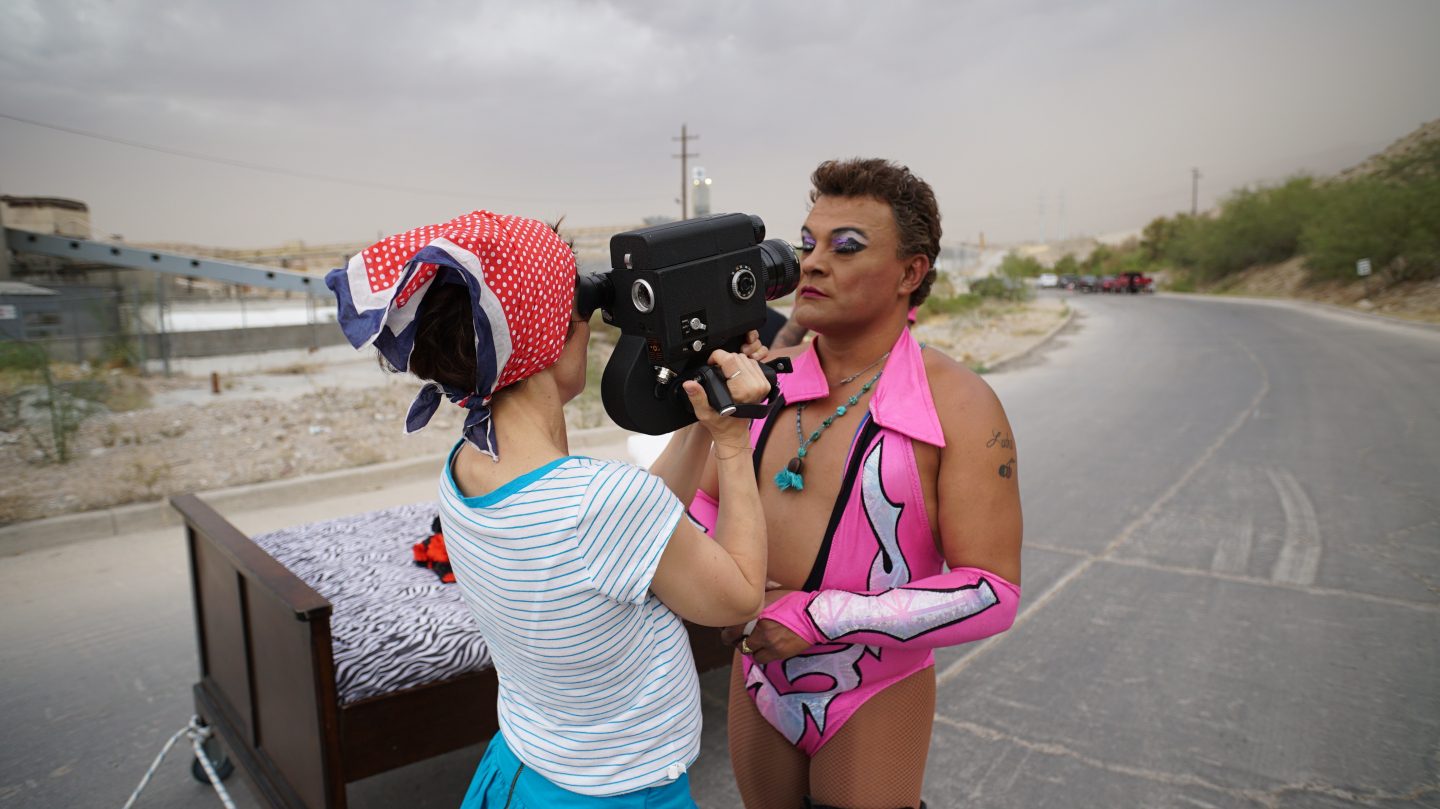 So many films, so many melodies, sounds and rythms have filled up our ears and minds in the first days of the 2018 Cannes Film Festival. Here’s a selection of what haunted us the most. 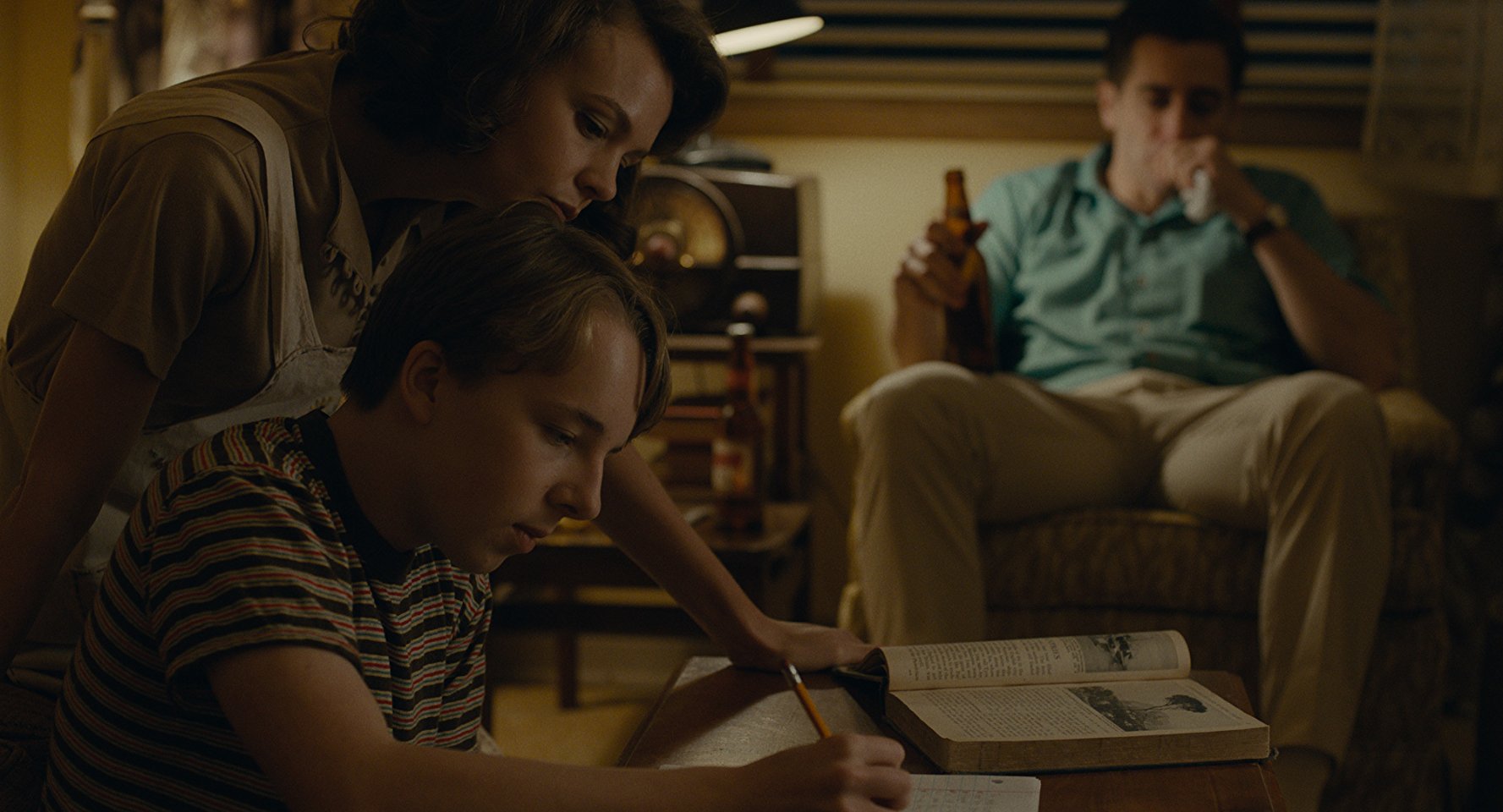 A few years ago, Paul Dano did an impressive appearance in the Cannes competition in Paolo Sorrentino’s Youth as a young actor, part Brando, part Johnny Depp, suffering from depression. Minimalist New York composer David Lang did his first complete film score for Sorrentino’s film, after the Italian director used some of his compositions for The Great Beauty. Now, it is Paul Dano’s turn to create a new bond in this artistic family by hiring Lang to compose the score for his first effort in film, Wildlife, presented at the Critics’ Week. And family is indeed what Wildlife is about: an instable one, fragilised by the absence of the father (Jake Gyllenhaal) and the subsequent emancipation of the mother (Carey Mulligan). The actors are outstanding at playing the subtle game of emotions. This is even more powerful than what we are used to see, and the camera never fails to capture these emotions. Despite the film being set in 1960s suburban America, David Lang’s compositions are mostly soft and electronic. Wildlife – the first of a series of films Dano wants to write and direct about dysfunctional families, as he explained when he first presented the film at Sundance – works perfectly in terms of how the music is used. The film is constantly on the edge of classic and modern cinema in all aspects, and music is part of that. Each character is defined by a specific sound: Lang creates electronic complaints for Joe, the son – played by Ed Oxenbould, who looks amazingly like Paul Dano – and for Carey Mulligan’s character, a sound that is reminiscent of early 60s female pop songs that the mother loves to listen and dance to. The melancholy of the original and of the licensed music adds up to the emotional aspect of the film but never undertones it, as the subtlety is what makes this film such a good piece of cinema.

The film is dedicated to Jóhann Jóhannsson, a friend of Dano’s (meaning another member of the family), and we can imagine through this hommage that the first-time director might have asked the late Icelandic composer to score Wildlife. The film premiered at Sundance on January 20th, two weeks before Jóhannsson was found dead in his apartment in Berlin, but still, the moody shadow of Johannsson’s music is hovering over Paul Dano’s film.

On the Quinzaine side, French director Guillaume Nicloux delivers a powerful piece of cinema with To the Ends of the World, a story of vengeance set during the war between France and Indochina, right after WWII. It was impossible for everyone not to notice, above all things, Gaspard Ulliel’s masculinity during a shower scene, but since we are here to talk about film scores, we should stop thinking about that and we’d rather focus on Shannon Wright’s amazing compositions for the film. Because sometimes a piano is all we need, Wright does a great job at playing a dissonant, disturbing piano partition to deepen the war horrors, unseen but violently felt. We are not quite into Coppola’s apocalypse, nor into De Palma’s war casualties, but Wright sure knows how to enhance the film’s horrific dimension with the deeply upsetting atmosphere of her pieces.

CASSANDRO THE EXOTICO! by Marie Losier 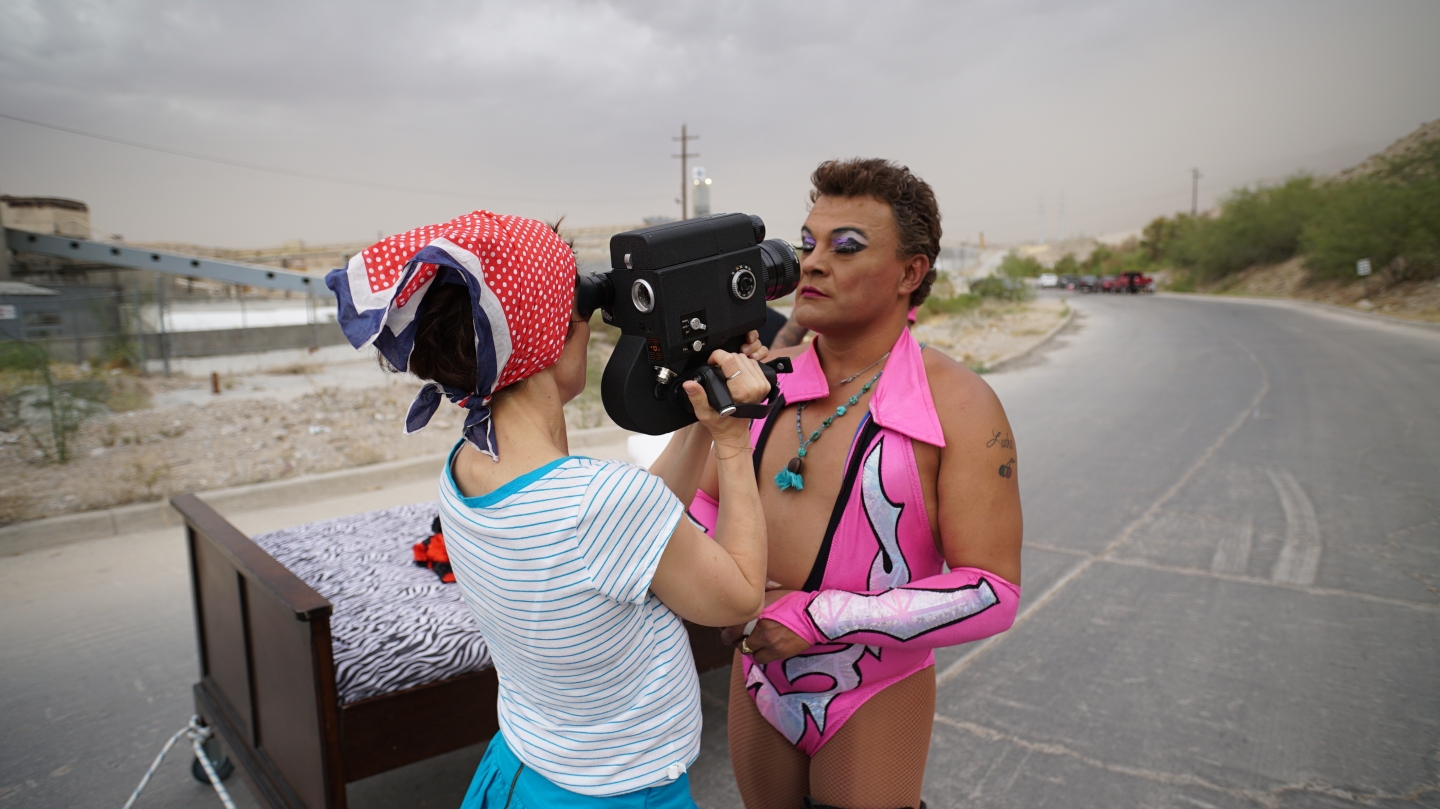 We immediately fell in love with Cassandro, the luchador who is the subject of Marie Losier’s wonderful documentary. Cassandro, born Saúl Armendariz, is an “exotico”: this is what gay wrestlers are called in the extravagant world of lucha libre. Marie Losier, who dedicated most of her career to video art, presented her second feature film and first documentary at the ACID selection to a fully packed room filled with enthusiastic viewers. The director, who followed Cassandro for five years, did not even have to choose any music; the wrestler being a colorful character delivers, in his inimitable voice, memorable punchlines and hilarious quotes. Behind the extravaganza, though, lies a tortured character who struggled most of his life with violence, alcohol and hard drugs. However Losier’s portrait is only willing to give us the positive side of Cassandro. Cassandro The Exotico! is filled with wrestling sequences and proves the strong friendship between the director and her subject. The absence of original music is at one with the realness of the moment, and that is what Losier is interested in: Gloria Gaynor’s ‘I Will Survive,’ Cassandro’s anthem when he makes his spectacular entrance on the ring, is heard several times and becomes the distinctive sound of the character, as much as the traditional Mexican music that he loves to hum in his car. Cassandro literally fills the screen and the whole point of the music is to define how magnificent he is without forgetting how broken Saúl is. The film opens with a wonderful scene: Ennio Morricone’s ‘Metti una sera a cena’ plays while he does his hair and makeup before the show, making a soft transition from magnificence to melancholy, the two faces of Cassandro. But above all, Cassandro the Exotico! is an outgoing portrait, and Losier illustrates it by picking exotic, retro songs that perfectly fit the world she depicts with such sincerity and talent.

BE NATURAL: THE UNTOLD STORY OF ALICE GUY-BLACHÉ by Pamela B. Green – PETER G. ADAMS 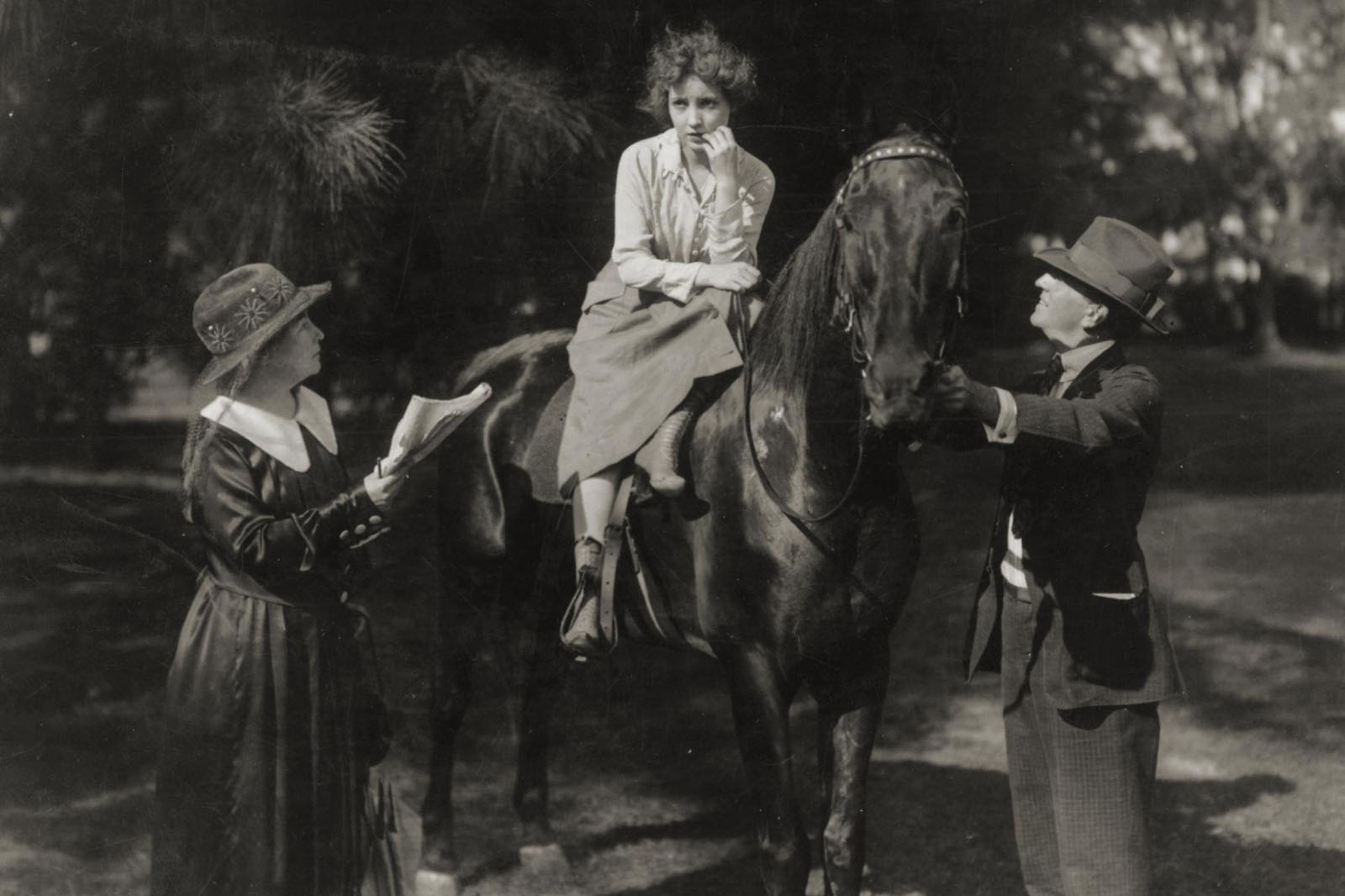 Everybody is going to remember the 82-women red carpet moment, but the revolutionary documentary of the Festival, Be Natural, has unfortunately been much less discussed about. However, it will remain this year’s most important moment for women in the film industry. Director Pamela Green’s obsession with Alice Guy-Blaché, the first female director in the film industry, led her to direct this film as a duty to remember a pioneer in directing, writing, producing, acting, editing, making special effects. Almost every single field of the burgeoning cinema industry has been modernized by Alice Guy-Blaché, before the 1910s, and this includes talkies. Jodie Foster lends her voice to narrate this exciting story, and although Green’s work is “still in progress” – a huge part of Alice Guy’s films are still missing to this day – her journey through the life and career of the director is very complete. Peter G. Adams lent his talent in order to score this long and frantic adventure; the electronic composer, who regularly works with Cliff Martinez – he did additional scoring on The Neon Demon, War Dogs, Game Night and Far Cry 4 – delivers a great partition. Maybe a bit impersonal in that it sometimes borrows Martinez’s style, the score is nonetheless an entertaining piece of music which expresses in its various experimental themes the groundbreaking dimension of Guy’s art as well as the mysterious but somehow fun dive into Green’s eight-year – and counting – ride across several countries in order to solve most of the mysteries that still surround this forgotten pioneer figure. 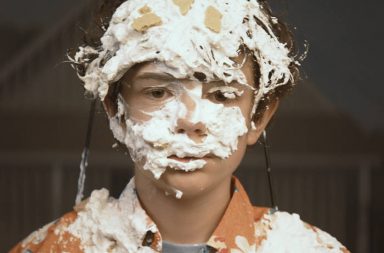