Score Of The Week: You Were Never Really Here (Jonny Greenwood) 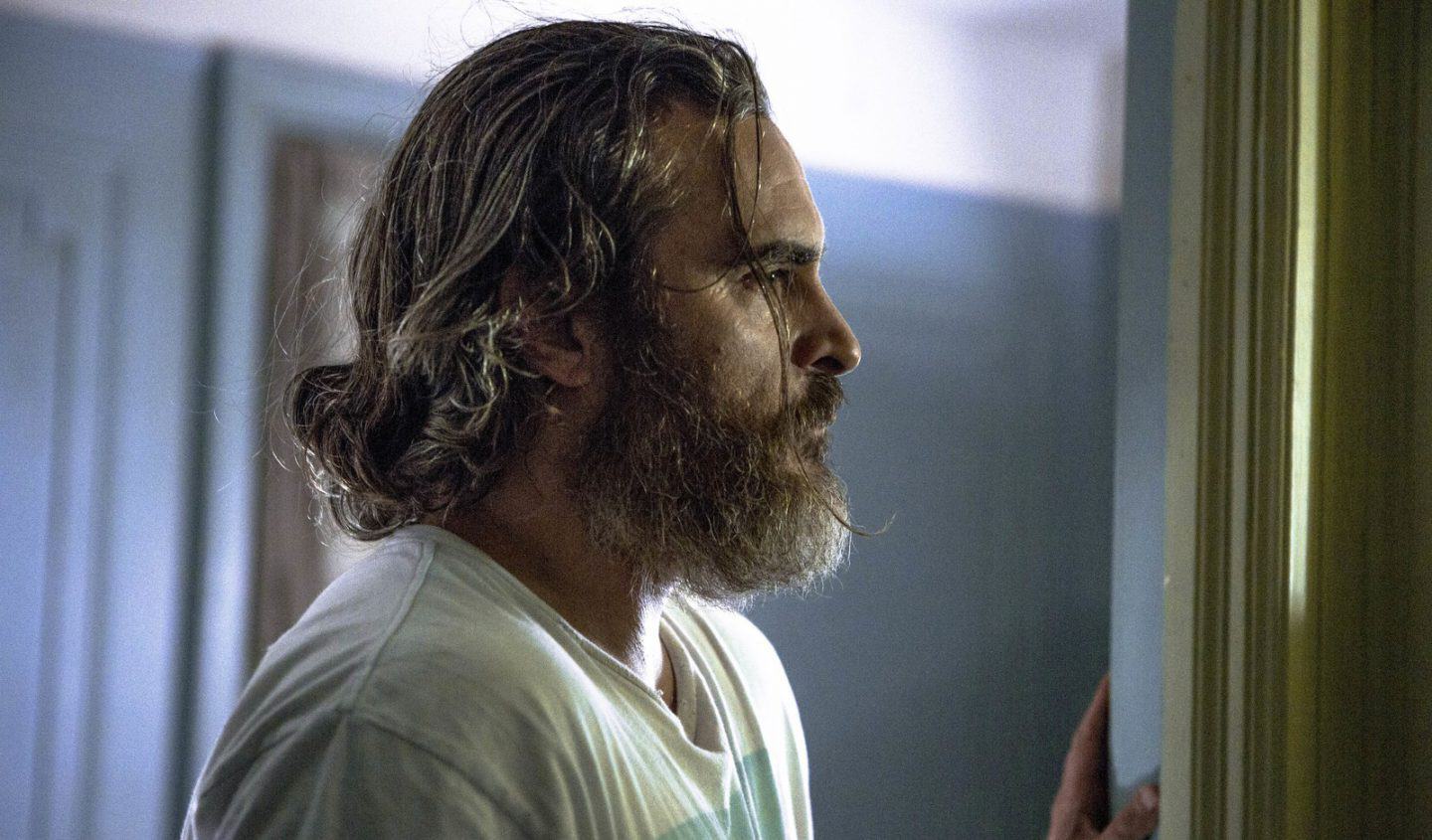 On March 9th, Lakeshore Records (US) and Invada Records (UK/Europe) digitally co-released the original soundtrack album to Lynne Ramsay’s You Were Never Really Here, composed by Jonny Greenwood. You Were Never Really Here is the fourth feature-length film by button-pushing writer/director Ramsay, adapted from a novella written by Jonathan Ames and starring Joaquin Phoenix as Joe, a war veteran haunted by his past who tracks down missing girls for a living. When a New York politician’s daughter is caught in the child sex-trafficking business, Joe, in taking the job, finds an occasion to tie up loose ends with his cruel and tormenting past. 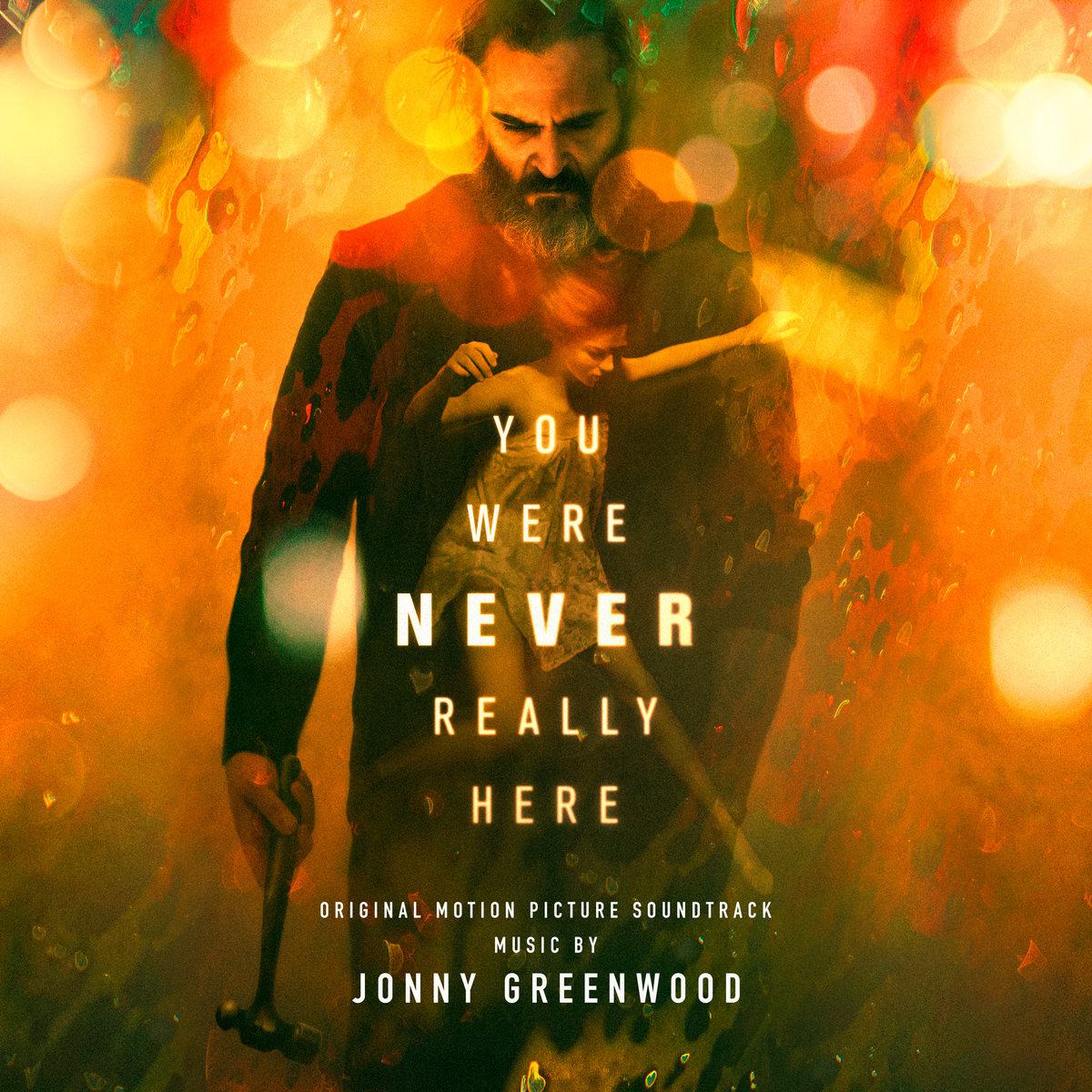 Jonny Greenwood —whose beautiful, refined score for Paul Thomas Anderson’s Phantom Thread has just earned him an Oscar nomination— has teamed up with Lynne Ramsay for the second time after her previous psychological thriller sensation We Need to Talk about Kevin. It has been six years since Greenwood’s evocative and unsettling string-led score for Kevin, and today, the composer tries a much darker approach to Lynne Ramsay’s tale of brutality. Obviously, Greenwood loves strings, and what they do here is to give the perfect counterpoint to their elegant use in Phantom Thread. In a recent interview with NME, the Radiohead guitarist pointed out that “strings can do so much more than just be pretty” and this score, for which he brought in the talented London Symphony Orchestra soloist Oliver Coates, proves him right. You Were Never Really Here shows a whole range of alternative possibilities for the use of strings with some kind of horror-flick sensibility: in the first minutes of the album, “Sandy’s Necklace” features loud strings throbbing in a menacing way, almost sounding like tacky, threatening horns in this prelude to both the urban and inner war that Joaquin Phoenix’s character is about to undertake. Most of the string section is used as an expression of Joe’s tortured mind and shattered emotions: they are thrilling in the opening cue of “YWNRH”, sad in “Nina Through Glass” — the latter piece features an extremely relevant use of the strings, with a soft and desperate classic guitar riff added in the mix — warm in “Tree Strings”, and the composer even goes up to make an art out of false notes in “The Hunt” where he uses them in a brutal, crying manner.

Greenwood, one of today’s most accomplished musicians and composers, takes Bernard Herrmann’s string obsessions one step further; amusingly, one of the film’s central points is Joe’s near-incestuous relationship with his mother, punctuated twice with a reference to the shower scene from Alfred Hitchcock’s Psycho in which Phoenix mimics the killer’s stabbing gestures. The noises in You Were Never Really Here are as important as they were in Herrmann’s arrangements for Taxi Driver. It is indeed impossible not to notice that both films are desperate tales set in the worst areas of a nocturnal and filthy New York City and feature a mind-struggling war veteran trying to get over his haunted existence by doing good in a world gone to hell. And just like Hermann’s final masterpiece, Greenwood’s score is exploring the tortuous brain of the main character, mixing non-underscoring compositions with sound design. “Brothel” is a nightmarish cue that has as much to do with film score as it has to do with sound design. It is the same with “YWNRH” which, after a first half led by nervous strings, takes an unexpected turn in featuring dark and loud percussions dotted with shiny, disturbing synth sounds. But it is, again, thanks to the strings that Greenwood delivers the most complete expression of Joe’s disturbed mind in what might be the most Taxi Driver-esque piece of the soundtrack with “Joe’s Drive”. The piece appears towards the end of the film and distills all the trauma and violence that both the character and the viewer have been through, and peaks on a single final string note that brings the cue’s only ray of light in embracing Joe’s awakening. This end note also serves as a prelude to the following and last track of the album, “Tree Strings”, which uses the same cue from the first theme, but in a much warmer atmosphere in that it is re-orchestrated with strings only.

But Greenwood also proves a lot of fun in orchestrating electronic instruments, in particular synths, with which he goes in three completely different directions as a way of transcending the instrument’s darkest possibilities. The album opens with “Tree Synthesizers”, a soft theme led by a soothing melody, already disrupted by strange, upbeat synths in the back. This cue offers all the nostalgia, all the weirdness and the slight discomfort that were already early Radiohead components, and evokes their first instrumental compositions from the OK Computer and Kid A-eras, entirely programmed on synths. The composer later brings up a different mood with “Dark Streets”, along with its reprise, which are deliciously noirish and tormented in a style that is as much reminiscent of John Carpenter as it is of the Tangerine Dream/Michael Mann collaborations. The most definitive use of synthesizers, however, is as nervous as it is unexpected in “Nausea”, a frantic, offbeat electronica tune that would definitely have been played at raves, along with the best works from Orbital and LFO. This particular cue is pure chaos: the repetitive main pattern which is the whole track’s guiding thread is an open door to unstable percussions and neurotic motifs in the back, all of them complexly arranged in a way that makes this boiling-hot atmosphere weirdly liberating too.

Along with the composer’s previous scores, You Were Never Really Here proves once more how much of an expert Greenwood is at writing quirky, experimental scores that reflect the cinematic atmospheres. As Ramsay dives into the sordid New York underworld of child prostitution through the eyes of her antihero, Greenwood’s own interpretation of this earthly inferno has more to do with the progressive degradation of Joe’s mind. Tortuous, sometimes impenetrable, the score for You Were Never Really Here is one of Greenwood’s most “not-for-everyone” solo works up to this day, which makes it the perfect follow-up to the baroque Phantom Thread soundtrack. While Radiohead is preparing to embark on an American tour, the band’s lead singer Thom Yorke, who’s preparing his solo tour of Europe at the end of this spring, will be making his debut in film scoring for the long-awaited remake of Dario Argento’s Suspiria. We might not hear any new film compositions from Greenwood for a long while, but this latest release might be remembered as one of the most sensorily powerful film scores of these days.