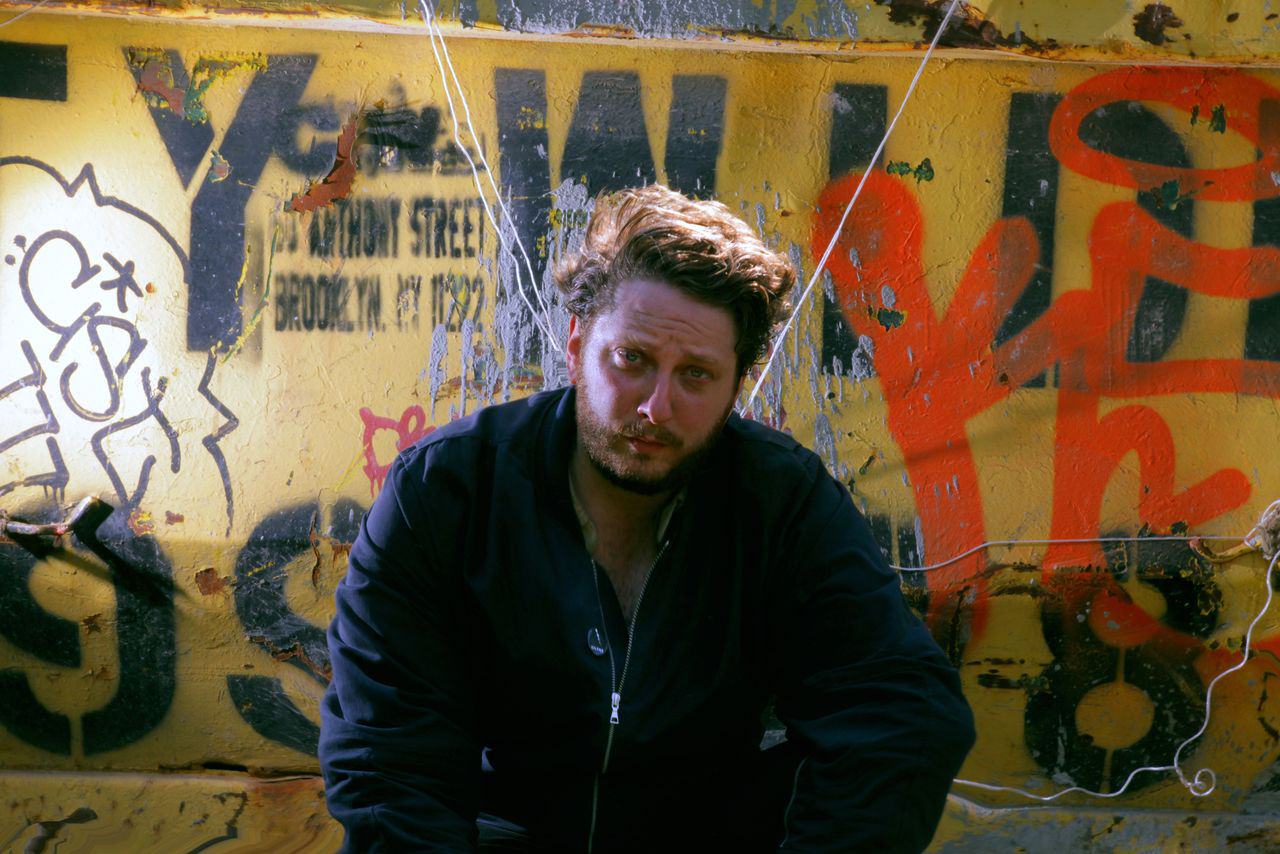 The Cannes Soundtrack Awards is the unmissable event founded by Vincent Doerr that has been celebrating film music in Cannes since 2010. The ceremony has been awarding an exclusive prize for Best Film Music since 2015, choosing from among the Official Selection of the Cannes Film Festival. Since its creation, renowned musicians have been granted this prize, with the likes of Cliff Martinez for The Neon Demon in 2016 or Howard Shore for Maps to the Stars in 2014.

Handed out by a jury composed of journalists —ranging from general French press to webzines specialized in cinema— the Cannes Soundtrack prize this year went to indie electronic musician Daniel Lopatin, better known under his alias Oneohtrix Point Never (OPN). He was awarded for his dark and futuristic score for Good Time (2017), a film directed by the Safdie brothers. The hypnotic crime thriller, starring Robert Pattinson and Jennifer Jason Leigh, follows Pattinson’s Connie in a twisted odyssey through the underworld of New York in an attempt to get his brother out of prison.

Lopatin was competing with other impressive composers for the prize: the Frenchman Philippe Sarde (for Jacques Doillon’s Rodin), the Australian Jed Kurzel (for Kornél Mundruczó’s Jupiter’s Moon) and Radiohead’s Jonny Greenwood (for Lynne Ramsay’s You Were Never Really Here).

Oneothrix Point Never is most definitely a versatile artist. Whichever piece you select from his rich discography, there is always a reference in one way or another to pop culture, whether it’s music, cinema, TV, theatre, architecture, fashion or design. Besides creating mind-blowing music, the artist  also makes experimental video-clips which consist of assembling complex footage found on Youtube and futuristic 3D aesthetics.

Trailer of an exhibition at the Hammer Museum in Los Angeles (2016), which focused on Oneohtrix Point Never’s self-produced videos and collaborations.

Thus, as unconventional and underground most of his early work might sound (and look), Oneohtrix Point Never has seen increasing success in composing soundtracks and has been involved in a variety of artistic projects alongside renowned artists. 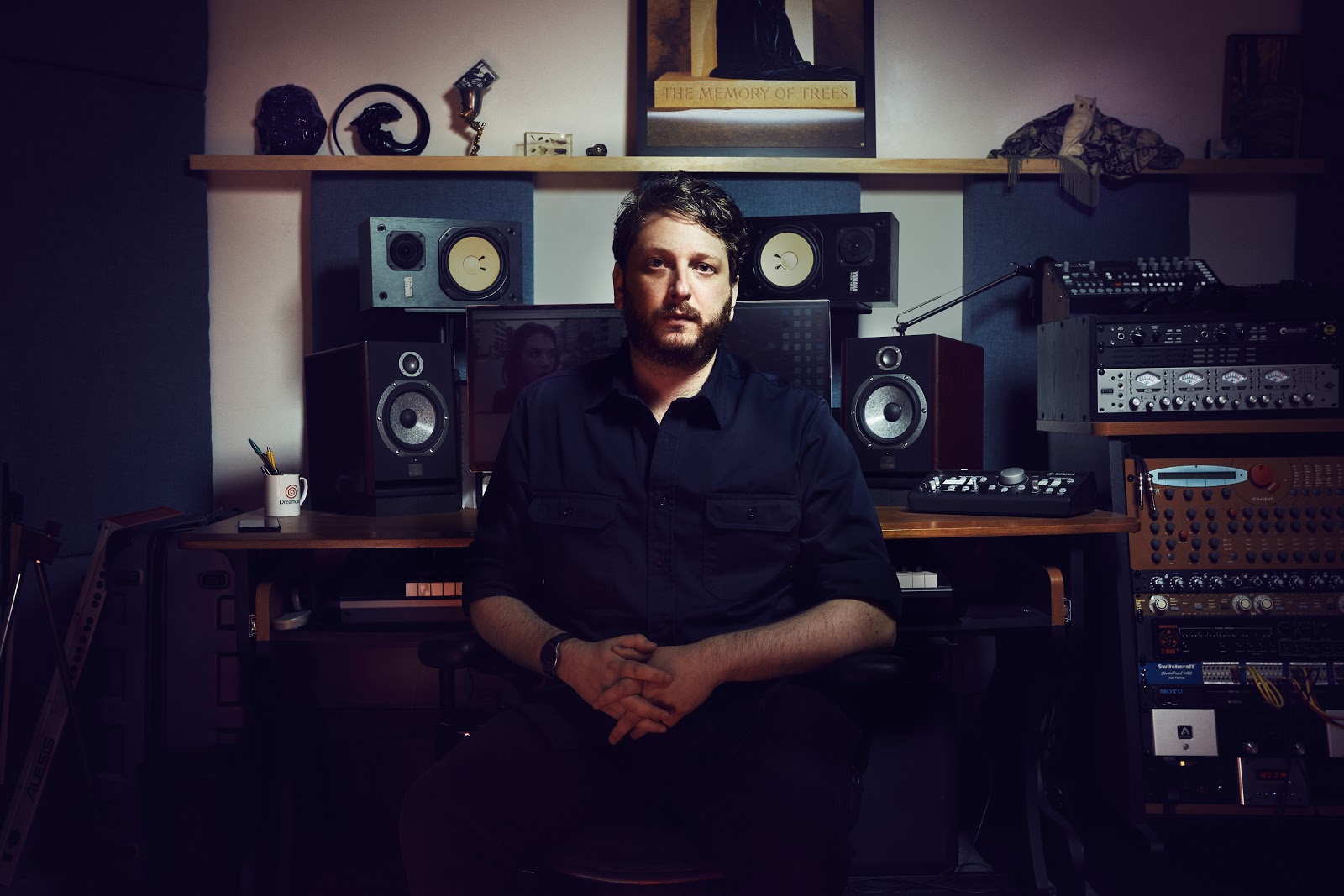 He explains in The Guardian: “I like to loosely analyse my surroundings and formalise them in whatever vague way possible. I’m looking for a technique or idea, or psychological plateau or emotional resonance to explore or exploit to make new stuff out of,” Lopatin develops. In 2015, he also worked on the music for The Partisan, directed by Ariel Kleiman and starring Vincent Cassel.

Lopatin is no newbie in Cannes as he did a musical performance at Cannes Lions for a multimedia installation sponsored by Saatchi and Saatchi in 2012.

Speaking of working with Lopatin, Josh Safdie said in a press release: “About eight years ago, we were turned onto the music of Oneohtrix Point Never. I had always imagined Dan’s work, especially his earlier work, as soundtracks to movies that never existed. From our collaboration on Good Time, and through the twisted dialogue that surrounded it, we have gained a deep friendship and of course a fluorescent extra-terrestrial score.”

This sincere and friendly collaboration between the director and the composer led to a uniquely close interaction between picture and score. Speaking of his connection in Fact Mag with the film’s directors, Lopatin notes how they “share an affection and reverence for bruised and battered stuff, and I think we both feel this urge to enshrine the history as it is now, not as it was then. On our own terms.”

During the ceremony celebrating Oneohtrix Point Never’s mesmerizing work, Score It had the pleasure of chatting with Vincent Doerr, the man behind the Cannes Soundtrack Awards who also has plenty other exciting projects to tell us about.

Score It Magazine: Can you tell us about how the idea of creating the Cannes Soundtrack Awards came about seven years ago?

In relation to your desire to create this event, what is your professional background?

Firstly, I am a musician. I don’t make film music, but I like music and it’s a real passion of mine. So, I created this event out of passion, without economic stakes. Certainly, I want it to have a resonance, but I have no personal ambition. This event is really part of a desire to speak about the subject, and also a will to create something artistic for myself, parallel to my work for Ciné Pub, a communication agency specialised in cinema.

Where are the journalists from? Are they international or French editorial staff?

We’ve had journalists from Variety and The Hollywood Reporter during previous editions, but this year we have slightly changed, opening up more to people coming from digital media. We still have people from major press magazines like Télerama, Le Figaro, Les Inrocks, and also from the radio, but we want to have other profiles as well. Today, certain blogs or online magazines have as much or if not more of an audience than certain traditional media, and they are often more specialised.

How do you explain the fact that the music isn’t taken into consideration for the Film Festival prizes?

Those are choices that entirely belong to the Festival Committee. Yet, what is certain is that music is a piece of work. There are really two pieces of work in the life of a film: one that concerns film, and another which concerns its music. Sometimes, the latter is not an original creation, notably with other music added, but that still counts as a piece of work. It is certain that Cannes concentrates more on the film side of these works, hence our need to give the musical work the attention it deserves.

In what way do you work with the artistic direction of the Festival?

We are truly in parallel, without direct relation with the Festival organization. In the same way as other events like The Directors’ Fortnight and The Queer Palm, we are on the margins but we are also benefitting from the Festival’s buzz and its open artistic territory. The event is unofficial, yet wholly legitimate (although it has no official collaborations).

You are currently working on the Paris Soundtrack Awards. Can you tell us more about this project?

We remarked that there wasn’t a prize uniquely awarding film music. Within the film music domain there are many themes: electronic music, orchestral music, pop music and musical synchronization, for example. That’s why we want to create a competition with the aim of celebrating the year’s film music, highlighting work where the music is interesting. The first edition should take place in January 2018, in Paris.

How are you going to structure the jury and the competition?

It’s going to be quite different from the way the Cannes Soundtrack Awards operate: our Jury is made up of accredited journalists who have the chance to get to see the films during the Festival. The idea for Paris Soundtrack is that the jury would be much bigger and more artistic, consisting of composers, writers etc. There would be three to four categories, corresponding to musical genres.

Did you have any firm favourites during the competition this year?

I saw Lynch’s Twin Peaks which touched me, as I had seen this series in the 1990s when I was young. It’s quite moving to see it again at Cannes, more than 20 years later.

Other than that, among the Official Selection, the film 120 Beats Per Minute by Robin Campillo has attracted an enormous amount of attention, including my own. This film sends us back to the 1990s. We’re transported to a mobilization on the fight against homophobia and the AIDS epidemic, topics that are still very topical today. Beyond its militant impact, 120 Beats Per Minute is also a very good film.

I also really liked the film The Double Lover by François Ozon. It is certainly more classic, even though Ozon has a particular way of expressing feelings that is rather dark.

Finally, if you had to bring just three scores to a desert island, what would they be?

That’s quite difficult, but I would first of all take Ennio Morricone. Secondly, it would be Giorgio Moroder’s score for Midnight Express, which I like a lot. Thirdly, I’m going to remain classic with a Lalo Schifrin score: a compilation with several of his film music tracks, like Bullit or Dirty Harry.