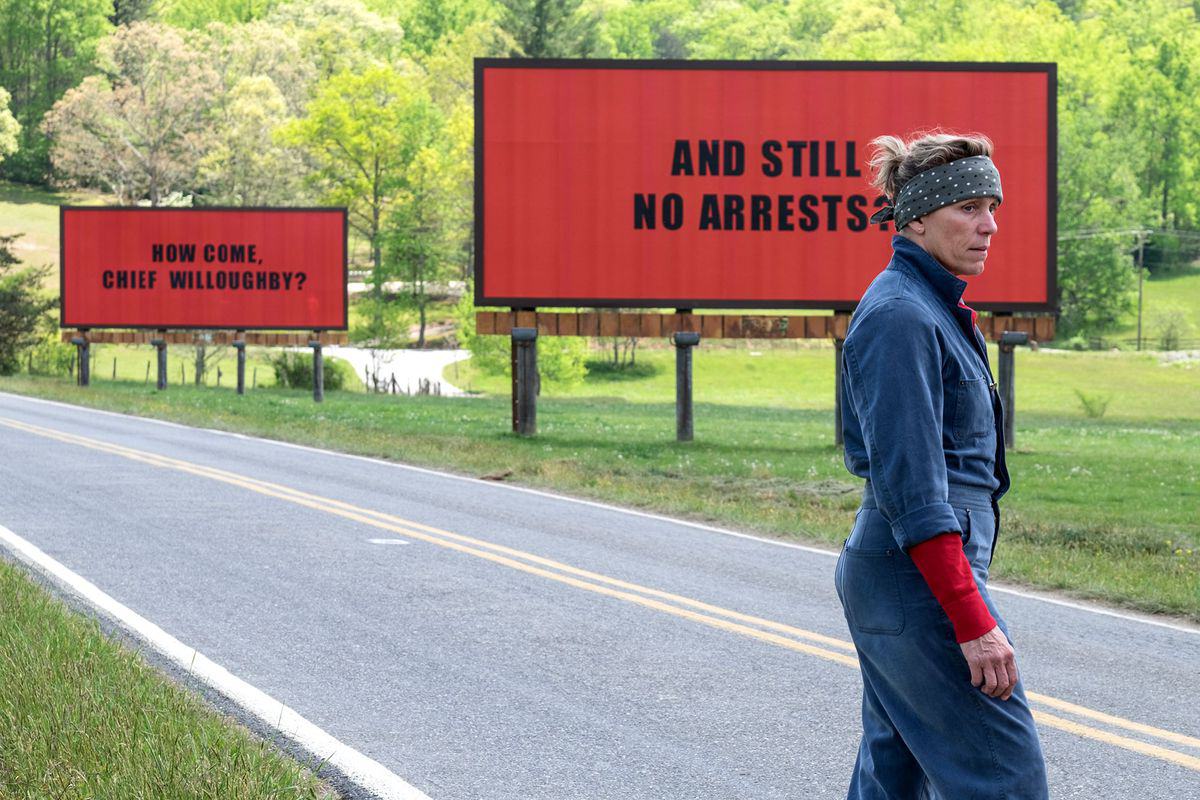 Previously this week, Score It gave you a glimpse inside Carter Burwell’s rich and incredible career. Today, the New York-based artist, who scored so many awarded and world-acclaimed films such as Fargo, Being John Malkovich, Three Kings, Where the Wild Things Are and Carol talks to Score It about his wonderful recent work for Martin McDonagh’s Three Billboards Outside Ebbing, Missouri, which earned him a nomination for an Academy Award for Best Original Score.

Three Billboards Outside Ebbing, Missouri is the third film from Martin McDonagh, with whom Carter Burwell regularly collaborates since his 2008 film In Bruges. In this darkly comedic drama, a mother (Frances McDormand) goes to war with the local police months after the murder of her daughter, as the investigation has remained at a standstill. When she displays a controversial message directed at the beloved local sheriff (Woody Harrelson) on the town’s billboards, the battle gets more intense.

Score It Magazine: I’ve read that Martin McDonagh sent you the film’s screenplay before shooting. What ideas did you draw from it? How do you work on a musical composition from words?

Carter Burwell: That’s true, Martin sent me the script before the shooting. I drew several ideas from it, but I couldn’t figure out a concept that would drive me in a certain direction. I started with an approach that comes from Spaghetti Westerns, which was to compose a theme for each of the main characters. Unfortunately, it didn’t work because of the characters’ importance in the script – for instance, Dixon (played by Sam Rockwell) becomes an important character late in the film. So I decided to go in another direction but keeping the Western approach. Ultimately, when I saw the finished film, I decided to focus on Mildred, as Frances McDormand’s character is the centre of the film, and I composed the themes from a perspective that would be close to her.

I listened to the album one month before seeing the film. Actually, I expected the film to be much darker since you emphasized so beautifully its dramatic side. How did you work on themes that are present in the film such as revenge, rape, death, racism?

As those themes were present in the film, they somehow had to be in the score. The only way to be true with these themes, and the way they are dealt with in the film, was not to translate these in music from my point of view, but from Mildred’s. It is what drives Mildred’s actions, and I couldn’t imagine another way of putting it in my music.

The score focuses on Mildred so strongly that it could virtually be cut in a 20-minute single theme which expresses her warlike state of mind as well as her motherly hopes and emotions. How did you work on the two main themes – or the two-sided theme, depending on the point of view?

There is something interesting with these themes: you can recognize them on screen because of Mildred’s outfit. One of the themes plays when she’s at war, the other one when she works at the gift shop, or when she’s at home. It is something that I have noticed, and the fact that she changes clothes is of course relevant in the story because it defines her future actions. So I helped reinforce this idea, which is something that you see on screen, with the music.

The music from Todd Haynes‘s Wonderstruck depicts the characters’ quests through this atmosphere of fascination which is galvanized by the discovering of a big city. With Three Billboards, you did the opposite by building the whole atmosphere of this town and of its characters’ from the single character of Mildred. In both films, however, the place, whether it is New York or Ebbing, Missouri, is like a character. How do you translate the feeling of a place into music?

Wonderstruck and Three Billboards have a radically different approach of filming the city. They are of two different sizes, and they give two different visions of America. In Wonderstruck, Todd Haynes brings out the magic of the place with these two kids lost in New York and the cabinet of wonders. On the other hand, Three Billboards is set in a quiet and lost town where everybody seems to know each other, and what Martin brings out in the story is the drama and the horror. These two atmospheres being very different and clearly delimited, it helps me to see which field I will engage myself in.

What is your relationship to Ennio Morricone’s music? It is obviously one of your inspirations for Three Billboards.

I used to love Spaghetti Westerns when I was younger, and the music from these movies was something that really attracted me. Morricone has done many orchestral, complex pieces later in his career, but at the time when I did my early film scores like Raising Arizona, I have found an inspiration in the music he wrote for Sergio Leone’s westerns, when he was about the same age as I was at the time. He did great things with very little, and as a young composer with no money, I obviously drew my inspirations from it.

This very strong bound between the music and the main character made me think of your score for Psycho III. Norman Bates and Mildred Hayes are both simple characters that are somehow haunted, whether it is literally or figuratively, by death and horror. I would say that Psycho III was the matrix to all of your work, although it might seem strange today. With this film, you expressed with music all the themes that would come in your career as a film composer.

Thank you, I didn’t think about that. Actually, I would rather look at my future possibilities than looking back at my work. The truth is, I only sticked to the character of Mildred when I composed the music for Three Billboards.

There is another character that shares some similarities with Mildred Hayes: it’s Mildred Pierce, the character from James Cain’s novel. Apart from having the same first name, they are both divorced in a time or a place where people usually don’t get divorces, and they both are strong female characters who try to hide their weaknesses behind a masculine temper. In Three Billboards and in Todd Haynes’s Mildred Pierce, which you scored, some of the cues are quite similar, although arranged with largely different instruments.

Again, I didn’t use these similarities in the composing process and I didn’t search for inspiration in my score for Mildred Pierce. But I would add that both Mildreds are aware that they use their masculine temper – because they mostly use it when they are talking to men – and they know that it is something that would cause them trouble. They are strong women who eventually prove they should be taken seriously in a man’s world, so I guess that is how I put it in music.

The licensed music in the film sounds always right and reflects itself perfectly into your compositions. Did you intervene in any way on the choices for the licensed music?

I had very little to do with those choices, actually. They were not indicated in the script… You know, sometimes the Coens indicate a song they want to use, and they write it down in the script. It was the case for Inside Llewyn Davis or The Big Lebowski. I composed the music for the latter being aware of the presence in the film of the songs they had chosen. This was not the case for Three Billboards, I don’t think the licensed music was already in when I started working on the film.

Can you tell me a bit more about the music for the upcoming Coens’ six-part anthology The Ballad of Buster Scruggs?

The Coen brothers are currently at the end of the editing phase. Actually, I haven’t written any music yet, but we discussed it a lot. The series will tell six distinct stories set in the Far West, each of them in a different genre, so we were thinking of having different music for each chapter. But now, we know that the series will be recut and released as a film, so the music will probably have to be more harmonised. But like I said before, nothing is written yet, so this is all I can say at the moment.