Evoking the Beyond: Max Richter on his Score for The Leftovers 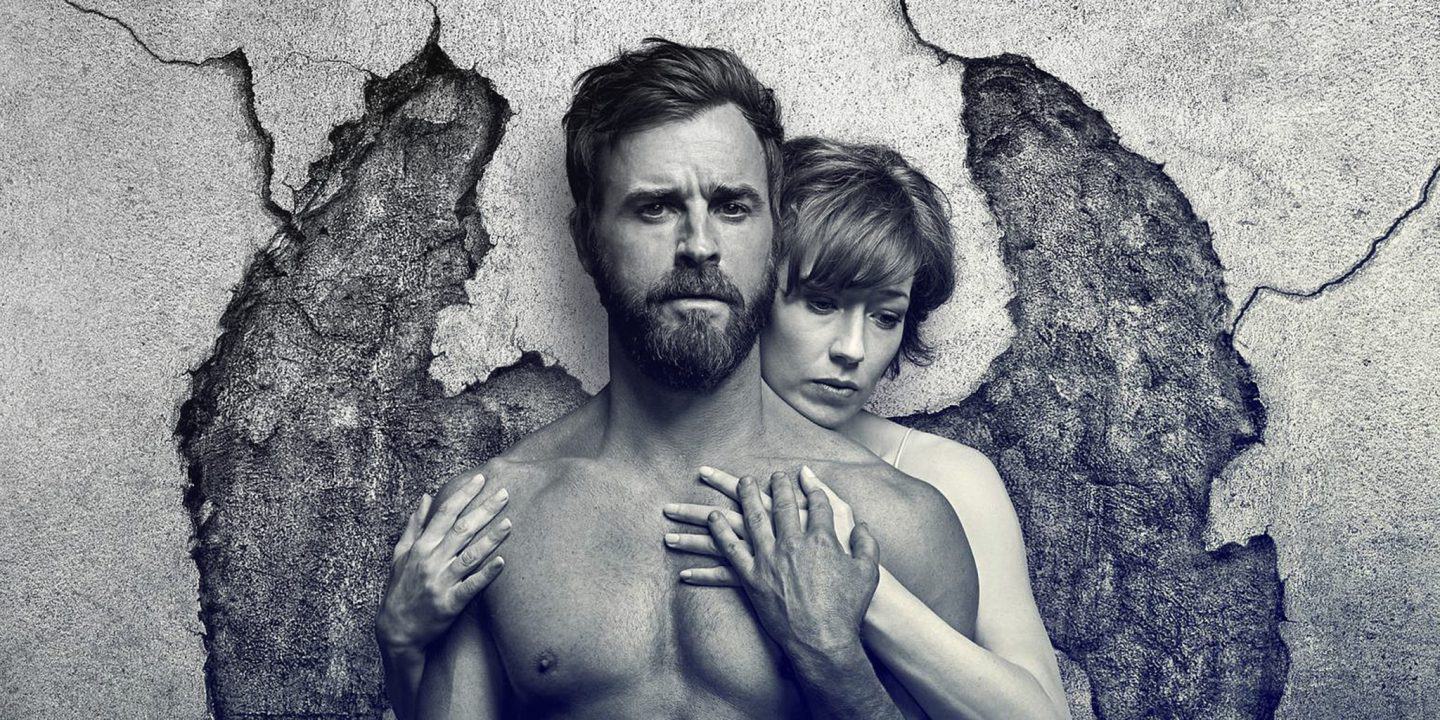 Lauded as one of the most influential composer of his generation, Max Richter is a leading voice in post-minimalist composition. His genre-defying seven solo albums merge his formal classical training (Richter graduated from the Royal Academy of Music and was the pupil of renowned composer Luciano Berio) with modern technology.

Richter has also worked with a diverse range of artistic mediums, including a collaboration with visual art collective Random International on the ‘Rain Room’ exhibition at the Barbican and MoMA. Richter is currently on tour performing his critically acclaimed project SLEEP, which he describes as a ‘lullaby for the modern world’. 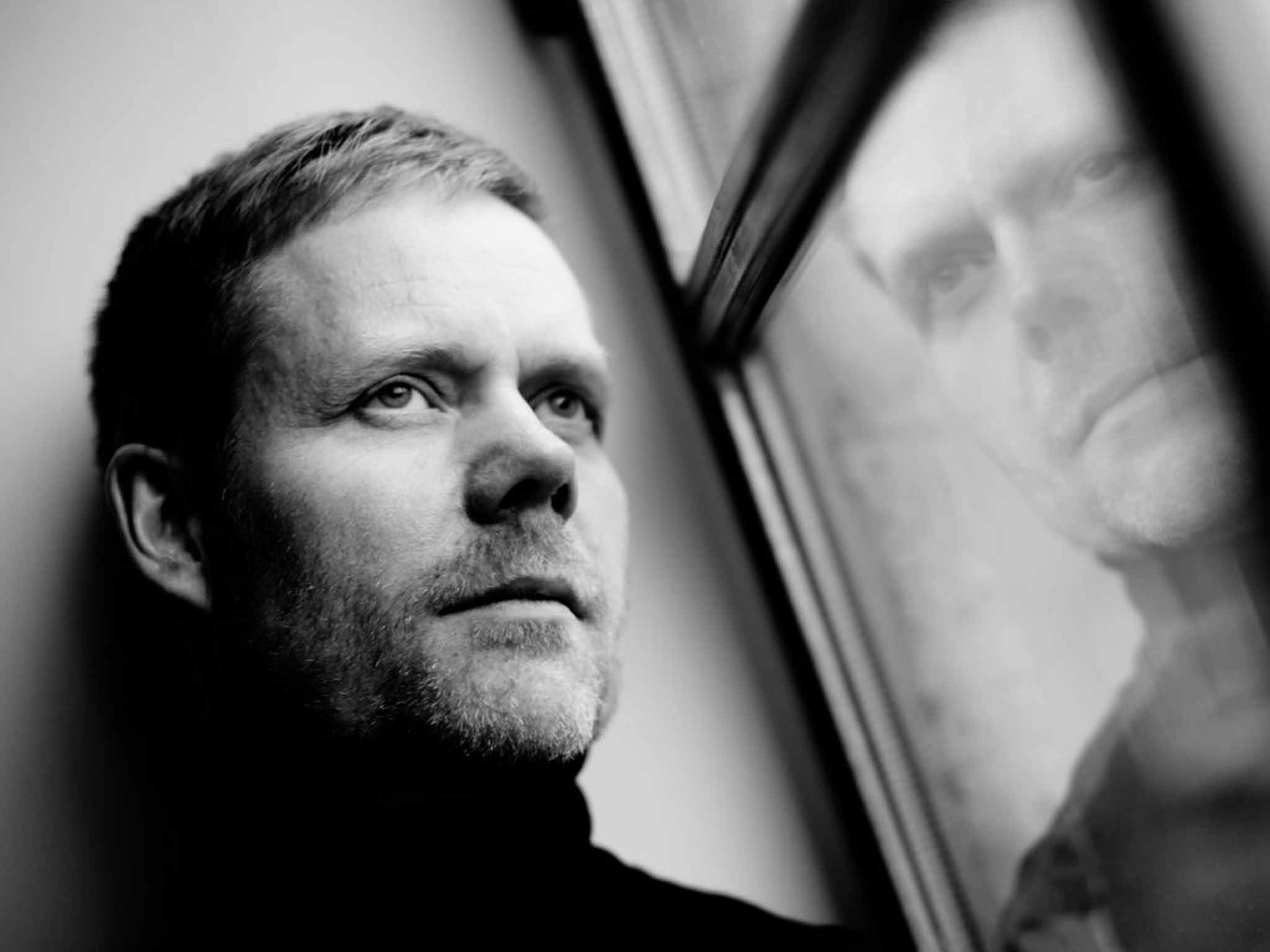 The award-winning drama The Leftovers starring Justin Theroux and Carrie Coon started airing on HBO (OCS in France) in 2014 and season two followed in 2015. The thought-provoking series portrays life in a small town after many of its residents vanished in a Rapture-like event. Season three was released on 16th April 2017 on the premium cable channel, with great critical response.

During the Séries Mania Convention held in Paris last April, Score It Magazine had the honour of speaking with Max Richter about his celestial score for The Leftovers, which majestically narrates the entire series, spanning across 28 episodes. See the video below for the filmed interview (full transcript features later in the article).

Score It: There is a lot of silence during the episodes of The Leftovers, with no music score. In your composition ‘The Departure’ for instance, silence has an important place, with powerful impact. Was this use of silence in the score something you had planned from the start?

Because of that, also I have chosen to use instrumentation which points at silence. The piano doesn’t have sustained tones; they decay to nothing. Similarly, the harp and the bells and all these kinds of sounds evoke silence and point towards it. That whole image of silence is really integrated into the musical language.

At times, the score seems to be in perfect synchronization with series’ visual image. For instance, the score abruptly stops after a character delivers an important line, to put emphasis on the words. Can you tell us about using these image cues for your composition?

Music, image and story speak together and among themselves in various ways and that is a sort of puzzle-solving exercise. Sometimes you may think: we have a cut coming up, a particular bit of drama, so obviously the music should stop. But actually, when you come to do it, maybe it shouldn’t. It’s a process of discovery to understand how best to have that choreography between music, drama, acting and direction. Actually, it’s interesting to be surprised: to find the way in which these elements fit together, when they really blow up and turn into something beyond themselves.

As spirituality and mortality are both prominent themes in the series, the more narrative sections of your score have an aetherial ambiance. More specific examples include tracks ‘Dark Cloud for Nora’ which evoke minimalist, ambient music from artists such as Brian Eno. How did you draw inspiration for this spiritual side to the score?

The idea of the Beyond and of spirituality evokes some religious and ritual musics. Within the western tradition we have choral music and from other religious traditions you have ritual, cyclical musics: bells and all these incantatory musical objects. I have evoked them a little bit, so there are choral voices. Yet I haven’t specifically tried to copy any particular religious musical language, but it does hover behind a lot of the score.

We did remark that religion is a very important theme in the series.

I think the score speaks to spirituality partly by being transparent to that idea, and not getting in the way, actually. Because, ultimately, it’s the characters who are going through this. For example, way back in season one, there is the Holy Wayne character, who is a sort of dark prophet. Is he a prophet, is he a healer? No-one really knows what he is, but we decided to connect this idea of this ‘religiousness’ and religious aura around him. So there is this choral music going on, which doesn’t actually evoke religiosity specifically, but it does evoke the sense of Beyond or mystery. And actually, mystery is really at the heart of The Leftovers. It’s the question being really at the centre of it all. 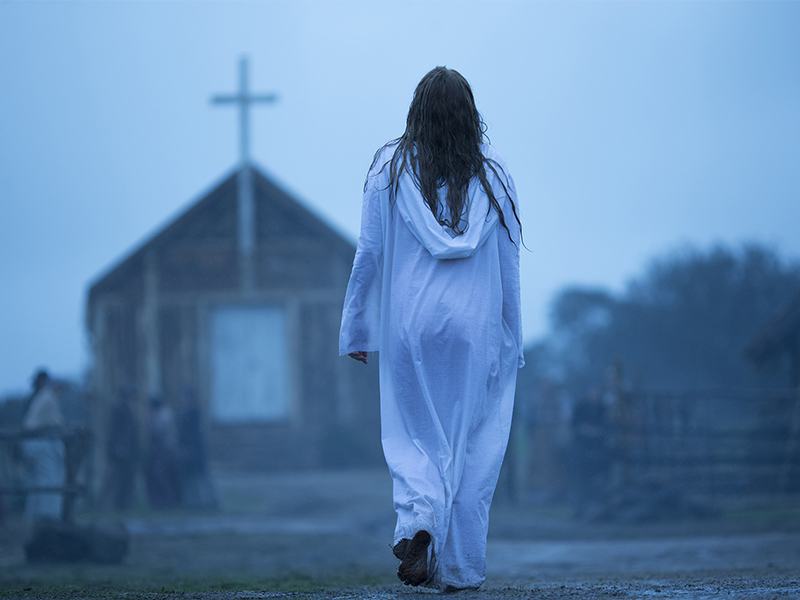 We noticed that American country folk music is very much at the heart of the soundtrack and the series. Did you have any involvement in this aspect of the series’ musical experience?

The overall texture of the music is comprised of the score, which is my part, and then the needle drops (when popular music is used in a scene in place of traditional score), of which there are quite a lot. They are landscape storytelling elements, which localise the action to a cultural space, and they connect to the personalities of the characters. Most of those decisions are made upstream of my involvement. But, when there are specific instances when there are score cues and needle drops, and when these things are interacting a little bit, then get into a whole dialogue of why and how, and how that should all fit together.

I should say that the creative team on The Leftovers are very smart about music, and that’s one of the great pleasures of working on the show. The director Damon Lindelof and Liza Richardson who does the music supervision make very good choices. They’re very clever and very funny a lot of the time, and very smart about music.

At times, the score takes centrestage, at the forefront of the action, which is very striking. In other instances, it is very subtle and in the background. If you could decide, what role should music have when illustrating visual media?

I think the role of music in storytelling, in film and in TV is a very subtle business. It can exist in all sorts of relationships to the action and story telling on the screen, and I think that’s one of the interesting things. Sometimes you want it almost to be like a subliminal, homeopathic dose of something in the background which you hardly even experience, but it just illuminates the material without you even knowing it. There is of course a lot of space for that in all sorts of TV, though probably a bit less in The Leftovers than in most.

Then at other times, the score really steps forward and almost directs our attention in montage moments, for example. There are some really big score moments in The Leftovers, when the score drives the whole thing. That’s very exciting: to be able to figure out the relationship that music should have to the rest of the material at any one time.

Can you tell us about the general production process when composing for The Leftovers?

The Leftovers was recorded incrementally. At the beginning, when I established the main themes, we recorded a lot of the big orchestral music in various forms, because I knew that I would have to transform it over time and reconfigure it. So, I wrote an orchestral landscape.

Then, in my studio in Berlin, I recorded the pianos. The piano is obviously central to The Leftovers, and there are actually a lot of different pianos with varying levels of darkness or naturalness. We recorded lots of ‘Departure’ tracks, of various kinds, and actually I’ve kept doing more ‘Departure’ tracks as we’ve gone along. And then, from time to time, as the languages evolved, we have done more and more recordings of smaller scale things, like solo instrumental stuff.

There is also a lot of electronic music in The Leftovers, so that has been developed over time. As that develops, you get this huge reservoir of material that you can tap into and shape, and it becomes quite sculptural, actually: you’re manipulating areas of material across the episodes as they develop. 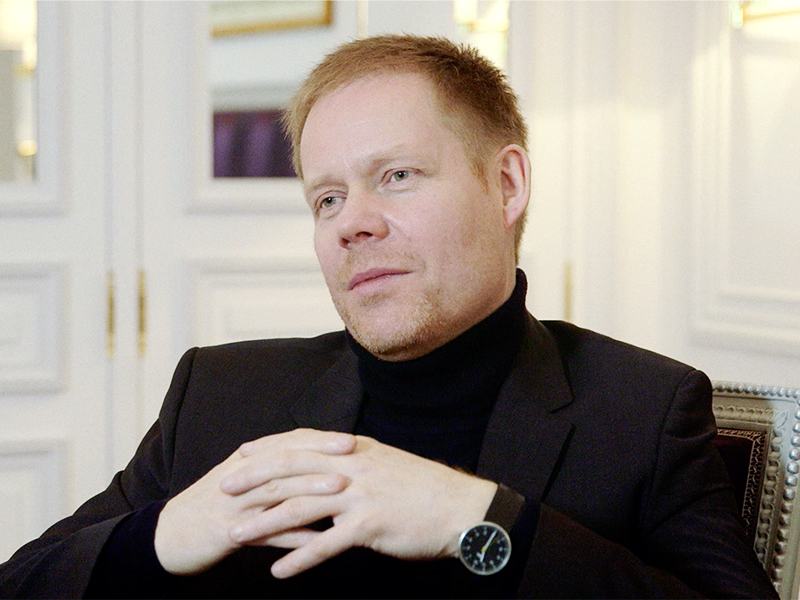 We’ve heard some directors have been using your music as their temp-tracks for their own work. How do you feel about this?

I don’t mind people using my work in temp score; it happens a lot. It’s funny, because I slightly feel for the composers of those projects, because you can hear when your work has been used as a temp. You can hear the shadow of it in the score that eventually ends up on the screen. I think that’s actually quite a difficult position for the other composer to be in. But, I don’t really mind the work being used as temps, and actually, one of the things about doing creative work is that you don’t actually know where the work goes. My relation to my work ends when I finish writing it on the page, and then it goes out into the world. It’s actually quite interesting to get a sense of where these things go. They have a life of their own, actually.

What was your first inspiration as a composer?

The first music I experienced was Bach. Being aware (I would’ve been three or four years old) and discovering this idea and concept that there could be a logic in sounds—a language and a grammar that would hover behind this sound. That’s an amazing experience. But, I had music going around in my head even then, constantly. So that was just a doorway into something that was already pre-existing inside of me. But certainly, that really lit a fuse for me.

Tell us about your future projects.

It’s been a busy time. I have a new show called Guerrilla (starring Idris Elba and Freida Pinto, Showtime), coming out, which is a beautiful and very sociopolitical piece set in the 70s made by John Ridley, who made 12 Years A Slave. He has a very wonderful practise of making socially-engaged projects, so that’s fun. There’s another project called Hostiles which is a film by Scott Cooper with Christian Bale and Rosamund Pike. It’s a dark fairytale of the old West, which is a fascinating project. And then I’m working on a further album project for next year.

A massive thank you to OCS and the people at Séries Mania!