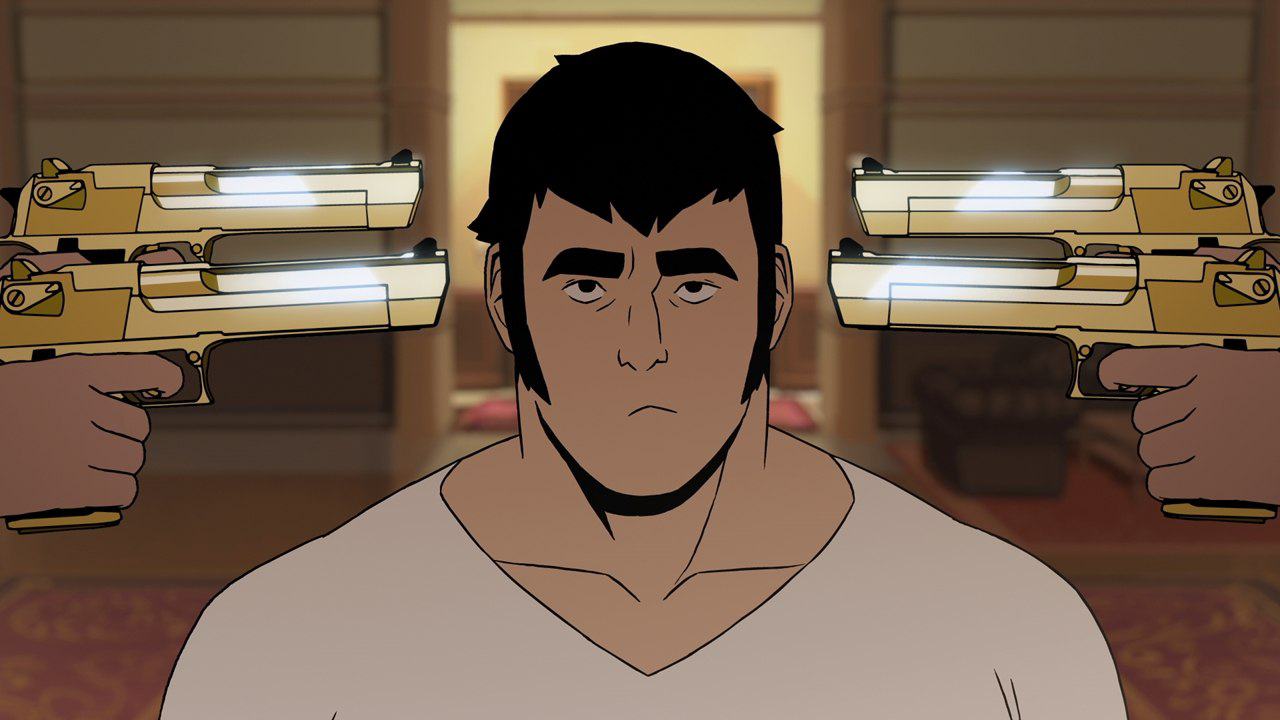 Inspired by our partnership with the European Animation Awards, we celebrate all things animation for our November #AnimationMonth here at Score it Magazine! This wonderful award ceremony unites, celebrate and honours all the talent within the European Animation community. Today, Score It Magazine launches our official guide to the Emile Awards. We talk you through the Emile nominees for the Best Soundtrack in a Feature Film Award and the Best Soundtrack in a TV/Broadcasting Production, so you are fully preped and ready for awards night.

Frédéric Magnon, best known as Avril, is a French electronic music composer and multi-instrumentalist, who has been heavily influenced by cinematic references. Born in Agen but raised in Bordeaux, Avril was discovered in the early 2000s with two EPs and one LP in which he puts the spiritual influence that he could take from filmmakers such as David Lynch and Ridley Scott. His conceptual tunes are heavily influenced by jazz, pop rock and funk music, allowing him to rub shoulders with a wide range of artists, from DJ and techno icon Laurent Garnier to London’s own progressive rock band Archive, and in the same time compose for film scores such as Johnnie To’s Mad Detective and Sparrow.

Lastman marks the first time Avril composes for both a TV series and an animated project, for which he collaborates with music supervisor Philippe Monthaye. The series, based on the French action comics by Bastien Vivès and Balak, is actually a prequel of the comics in which Richard Aldana, a young boxer, protects his best friend’s daughter from a shady gang of zealots.

Score It Magazine: Firstly, can you tell us a bit about how you initially got involved in this project?

Fred, the music you write and compose, even aside from the Lastman soundtrack, speaks the language of cinema. How would you describe the bound you have with this art?

Fred Avril: I’ve always been fascinated by films, from the time I used to watch spaghetti westerns on Sunday nights on TV, or even when I visited the Universal Studios in Hollywood at the age of six. Later on, I’ve been wonderstruck by Phantom of the Paradise, Wim Wenders, Hollywood classics, David Lynch, science fiction films… It’s the same thing when I compose: I work with my fascination, my intimate link with a film, with a situation, with actors, with the direction. Both my inspiration and my desire come from this pleasure.

Who would you say are your greatest musical influences? Do you take inspiration for composers, directors, the images themselves?

P. M.: Wow… These range from Neil Young to Ennio Morricone, and include Queen, The Kinks…

F. A.: We also took inspiration from stuff from the eighties, such as Tangerine Dream or even Survivor! When we were trying to find a perspective, we used our references knowingly, we played on it and then, all of these inspirations have been filtered through the prism of Lastman. Michel Legrand used to say: “You must know how to do everything!” If you listen to the chord themes I wrote for Sound of Noise or the sixties-like stuff I composed for Johnnie To, and then you listen to the pop music guitar leaks from Connasse, princesse des coeurs, or the ones from The Lifeguard, my only loyalty was to find the exact sound of this particular film, and I hope I’ve found it. Influences are pretty much like finding the right design for a character. 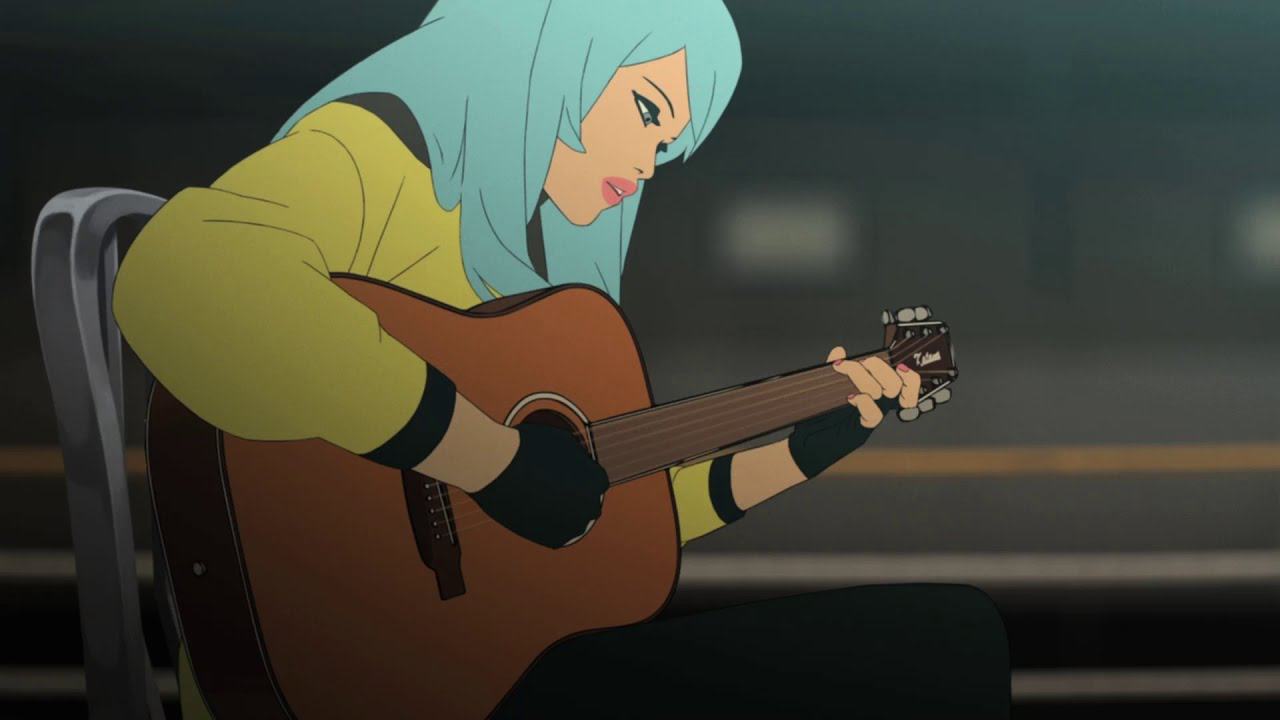 P. M.: Well, actually, I scored for several animes! All joking aside, we worked on Lastman the same way as we would have recorded an album or a live action film.

F. A.: It was a double first time for me, because I also had never scored for a series, I’ve only done feature films or shorts. It was very strange for me to compose from animatics. That was as painful as it was poetic: in live action, the only benchmark you have comes after the film has been color-graded, or when you discover it without the watermark. On Lastman, it was pure imagination: we composed for the better, then we discovered the animated images and it was beautiful.

The soundtrack for Lastman is very rich, with beautiful orchestral pieces alongside powerful electronic tracks, and many different ideas all gathered in a stunning uniformity. How did you manage to include all of this in this score?

P. M.: Thank you, this is exactly what we meant to do!

F. A.: To be honest, we didn’t asked ourselves much: we had carte blanche, so we let loose. As for the uniformity you were talking about, I think it comes from a real coherence and a real persistence when we chose the analog synthesizers, among other things. You can’t lose yourself with a coherence of the instruments.

How did you and Philippe work together on composing the score?

P. M.: We did everything together, and Fred also produced the score. He wrote the orchestral parts while I, on the other hand, worked on the chaotic synthesizers.

F. A.: It lasted one year and a half, because we were working on other projects at the same time. We lived with Lastman all day long! I used to say “Fucking hell!” just like Aldana in my sleep, and Philippe almost shaved his beard… I don’t know if it’s because it is an animated series for adults, with sex scenes and stuff, but everybody had fun while making Lastman. We felt this atmosphere with everyone and everything. So naturally, we had a lot of fun when we recorded the score. We did one episode after another, and we began to use our themes again from the tenth episode.

P. M.: We did something very rare for an animated series, especially one as lengthy as Lastman: we composed everything from the visuals. Usually, you compose a war theme, a love theme, and when you’re done, you’re done.

Jérémie Périn, the director, said that there wouldn’t be another season of Lastman. Do you have any further projects in scoring, maybe with him?

P. M.: From now on, we only talk to each other through our lawyers… But we’ll come back, we have lots of things to come, together and in solo!

“Anyone Can Write Music” – An Interview With Hildur Guðnadóttir