"Anyone Can Write Music" - An Interview With Hildur Guðnadóttir 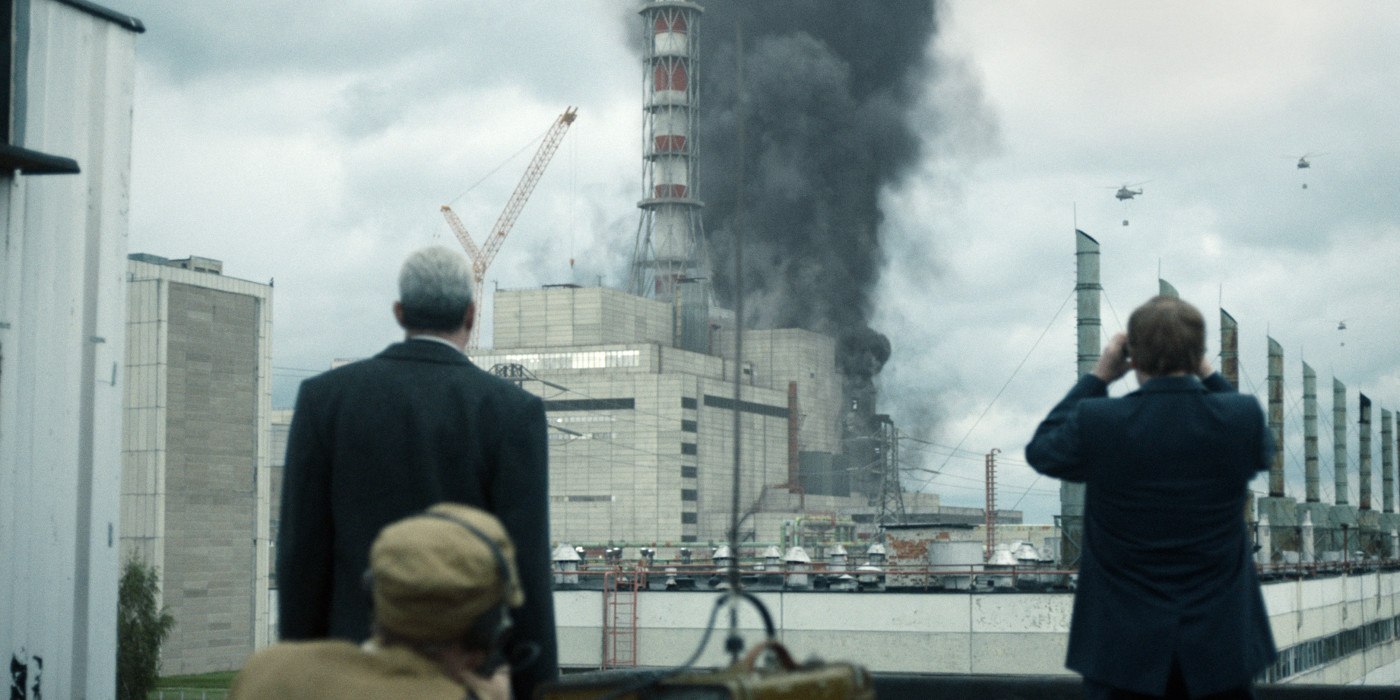 This summer has been pretty happy for Hildur Guðnadóttir: the success of HBO’s Chernobyl was followed, last month, by the Icelandic composer’s first-ever Emmy nomination for her original score and, a week later, her latest project, the Todd Phillips tragedy Joker, was selected in the official competition at the upcoming Venice Film Festival. Chernobyl, which stars Jared Harris, Stellan Skarsgård and Emily Watson, is a gut-wrenching retelling of the 1986 catastrophe, triggered by the abuses and exactions of the Soviet regime regarding the nuclear industry. Joker, one of the most anticipated films of the year, focuses on the ups and, mostly, the downs of comedian-wannabe Arthur Fleck—portrayed by Joaquin Phoenix—who will later become Batman’s most emblematic enemy.

Both projects suit Hildur Guðnadóttir perfectly well: the former, a suffocating five-part mini-series, is so overwhelming it barely gives some space for music to breathe, even when it is right here. The composer, a long-time collaborator to the late Jóhann Jóhannsson, shares a similar approach in writing minimalist compositions which convey both classical and electronic music. But Chernobyl has something different in that no actual instruments were part of the score: before the series started shooting, Hildur Guðnadóttir went to the actual power plant to record sounds, which ended up being the only material she used to create the score to the five-episode series and a 38-minute album.

The latter is, in itself, a curious project: the story of the Joker. Although it is based on the character created by Bob Kane, is not adapted from any DC comic book. This original story, written by Phillips and 8 Mile screenwriter Scott Silver, tends to cast its eye on Martin Scorsese’s The King of Comedy—Robert De Niro even co-stars in the film— and steers away from Jack Nicholson’s craziness and his gaudy coloured makeup and outfits (well, Jack Nicholson being Jack Nicholson, you know…), from the psychopatic scene-stealing shadow of Heath Ledger and from the freaky, tattooed Jared Leto-depiction of what it is to be a 45-year-old emo.

While Hildur Guðnadóttir says that her score is going to be “completely different” from what we are used to hear from her, Joker, her biggest solo project yet in terms of film scoring, could be the perfect showcase for her music.

From her sunny-coloured home studio in Berlin, Hildur Guðnadóttir spoke with us about her latest works, the experience of being inside an actual Soviet-era nuclear power plant, and the gender issue in the film and TV industry. The following interview has been edited for clarity. 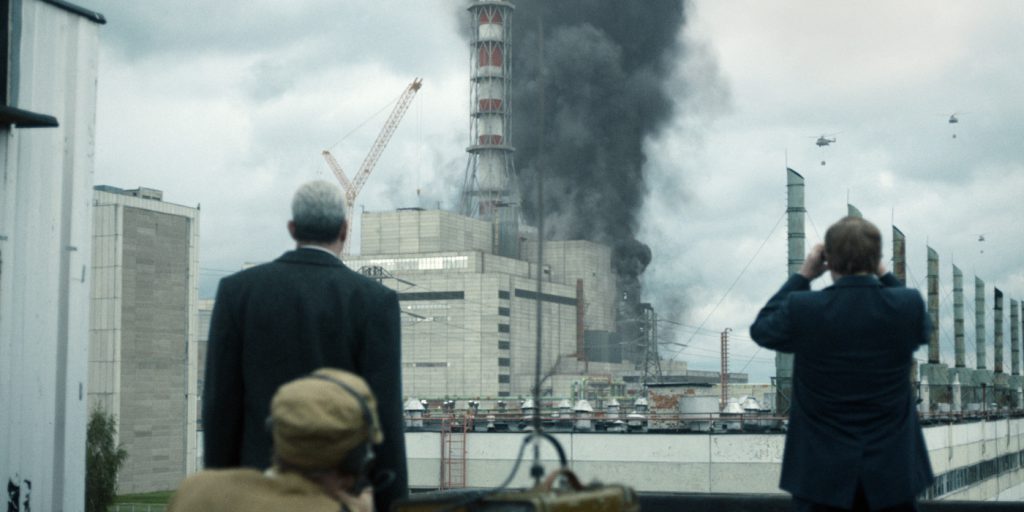 Score It Magazine: For starters, can you tell us about your journey to the power plant in Lithuania?

Hildur Guðnadóttir: When I read the script, I thought that the approach that was being taken was very honest and direct. I felt that it was not a dramatization of the events… Well, of course, it’s not a documentary, but you get a real sense of what happened there. I wanted the music to have this same approach, I didn’t want to overdramatize anything or add anything to the story that didn’t happen. There were two aspects of the music that needed to be represented: the first was the fear and the presence of the very heavy but silent substance that radiation is. I felt that real elements, from the actual place, needed to be represented in the score, so I went to the power plant where the series was shot, which is basically from the same era as Chernobyl—they are very similar, they are the same size, they have the same equipments… At first, I just wanted to observe what it is to be in a place like this… You know, I’m from Iceland, and we don’t have nuclear power plants there, so I learned a lot and it was very essential in how I approached the music. The scope of this type of fear… I mean, it was something very oppressive, very heavy, so it surely wouldn’t be thrums of drums and strings. It didn’t feel right.

The second aspect of the music I wanted to convey was the human aspect—both the human tragedy and the human mistake. These are very raw feelings and I felt that the best way for me to translate them was through my own voice.

In a way, you created the sound of radioactivity…

Yes. It definitely sounds like that… to me (laughs)! It’s quite a huge subject and it’s still really present, I mean, I know many people who are still very affected by these events, in Italy, Poland, Germany…

What did you feel when you were there?

The immediate sensation was just, “It’s so huge.” It’s very claustrophobic to be in a place like that one, because there are kilometres of corridors and no windows, and at the same time, it’s very spacious. It’s a strange feeling. That’s the most impressive thing about being there. You have to work there for quite a few months just to be able to learn how to get around the power plant, because it’s like a huge maze. When you imagine, during an explosion like [what happened in Chernobyl], getting around this space full of heat and fear… That left me a huge impression. The smells had an impact on me as well. The power plant we [Editor’s note: Hildur went to the power plant with Chris Watson, her score producer, who also works as a sound recordist for many David Attenborough documentaries] went to has been taken apart, so it’s not making any new power, but still, you have people everywhere, in every corner, cleaning. And yet, the place is falling apart, the paint is falling off the ceiling, off the walls… But because there can be no trace left of radioactivity, it’s still so clean! And it smells a weird mixture of deterioration and cleaning products (laughs)…

There’s also this looming sense of danger, because of all the security measures you have to take just to be there, the clothes you have to wear—hazmat suits—the measurements that have to be done on you before you enter and after you go out… We had a Health & Safety person with us in every step, measuring every single thing we did… It was quite an experience.

Absolutely! Especially when you try to understand how to tell a story like that, a story that’s just so huge. And that was a really good way just to understand what is behind the story. For me, it’s something crazy to experience, but there are people who work there every day, it’s part of their lives, so it was important to tell them as well how it feels to be in there, and be honest, like this story of claustrophobia and vastness at the same time, for example.

Through your music, you’ve become sort of an expert in finding the beauty hidden inside horrible things…

(Laughs) Oh, really? Thank you for that! When I tell a story—I say that because music is a big part of the storytelling—I try to dive as deep as I can into it, much like an actor who becomes the character he plays.

Let’s change subject a little: how do you feel things have evolved with women in the film & TV industry with the gender issue? I have this feeling that when you are a woman in this industry, people accept you better if you are in the shadows. And being in the shadows is both the burden and the pride of being a composer.

This whole thing… You could write a book about it (laughs). It’s a really huge issue. When you look at statistics, even though you are in the shadows, as you were saying, writing scores, that’s something women should be completely equally able to do as men. Theoretically, you should want every type of voice and every type of person to be a part of this kind of storytelling, but it isn’t the case. Why exactly it is like that, I never really understood, because I see no reason for women not to be as capable of reading and writing music as men. But very slowly, it is changing, and it’s something we should celebrate. There has been so much awareness recently. Three or four years ago, of the top 500 films [at the box office], there was only 1% scored by women. The year after that, because female-composer associations have been working really hard just to say, like, “Hello? This is not acceptable! (laughs),” the number went from 1% to 3%, and last year, it went up to 6%. But this isn’t just not acceptable for the people in the industry, it is not acceptable for the audience as well, because the audience should have a voice. If I’m just speaking for myself, I feel like years ago, when I started doing music for film—about fifteen years ago, when I worked mostly on Scandinavian or Icelandic productions—I didn’t have any ambition to become a film composer, I just loved doing music. And years later, when I started to write scores for larger productions, I did feel a sense of distrust. I mean, it wasn’t like everyone distrusted me, but I felt an undertone of, like, “Can she handle it?,” “Will she be able to do this and that?” And it took a while just to gain trust in this type of productions, and I wanted to think that it wasn’t just because I was a woman, but I think it definitely did play a role, because they weren’t used to having a woman score a film, especially in the genres I feel more comfortable with. I mean, rom-coms don’t really suit me (laughs), so… But in the last couple of years, I felt—maybe is it because I proved myself, or maybe is it because there’s been so much awareness about that issue—a lot more openness, support and general excitement about having more women in the industry. I have to say that I don’t go to L.A. often, I mostly stay in my little space here in Berlin, but last year, after not having been to L.A. in a while, I went back there and felt this huge sense of genuine excitement and joy that there is some actual change. I feel very positive towards what’s happening, in the same way that I feel that the industry is being more inclusive towards the genre. Stories don’t have to be so film-music-y anymore (laughs), people are more open to different ways of telling stories and I think it’s fantastic, because although some productions are very expensive and are part of a big business, in the end, it’s still an art form, and it’s dangerous for an art form to get locked in a box, like this is the only way to tell a story. But I know it’s always difficult for most of the productions over a certain size and budget, to have the director and the creative team not losing control to the studio.

In the case of a big production, the actual problem with the gender issue is that in the end, the audience won’t even notice whether the music has been composed by a man or a woman…

Exactly, it really shouldn’t matter (laughs)! Because in the end… it’s music! I can understand that seeing a man or a woman on the screen makes a difference, but this is something you hear! Anyone can write music.