Delia Derbyshire and Doctor Who 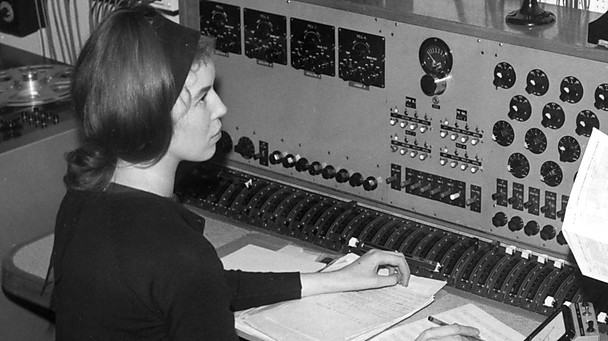 It might be hard to recognize it when you see it written down, but this is the Doctor Who theme. A theme announcing invasions of Daleks and other Cybermen since 1963, and the cue for many kids that it is time they hid behind the sofa. Behind this theme as iconic as the Queen’s corgis and tea-time, are two people: Ron Grainer who scored it and Delia Derbyshire who realized and arranged it. She literally made it happen.

In 1960, Derbyshire had secured a position as a trainee studio manager at the BBC and got interested in their Radiophonic Workshop, the department that created the soundscapes and sound effects for their different shows. When Verity Lambert, Doctor Who’s first producer, started searching for someone to compose the credit theme song, she first thought of Parisian experimental group Les Structures Sonores, but out of budgeting reasons, she finally turned to Grainer, Derbyshire and the Radiophonic Workshop.

When she got the score that Grainer wrote in his Portuguese beach house, Derbyshire was quite puzzled. It was scribbled with things, like “wind clouds,” “sweeps,” “swoops,” and “wind bubbles,” not your usual score annotations. You had to have Derbyshire’s talent and unique vision to create the sound of travel through space and time. At a time when there were no synthesizers, samplers or multi-track recorders, she used individual tape-recorders, concrete sounds, square-wave oscillators and filters to create the sound of “the wibbly wobbly timey wimey stuff,” to quote the 10th Doctor. When he heard the result, Grainer, completely baffled, exclaimed, “Did I really write that?” Delia and the Workshop also created the recognizable Tardis’ ‘taking off’ sound.

Unfortunately, in spite of Grainer’s forceful insistence, BBC never gave half the royalties Derbyshire deserved for her work on Doctor Who. Although she was a creative visionary composer, an electronic music pioneer, a gifted technician with a sharp, mathematical and acute mind, she was still a woman in a male-dominated industry in the 1960s.

In the 1980s, Delia’s arrangements were replaced by Peter Howell’s, but Murray Gold, the musical director for the series 2005 revival re-used some of her work. For Doctor Who’s 50th anniversary episode (“The Day of the Doctor,” 2013) her original arrangements (and the original opening sequence) were used, and her name appeared in the ending credits for the first time since the reboot.

Oh boy, did she deserve it. 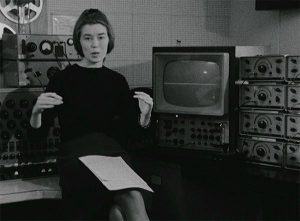 Bleeding Fingers: A Chat with the Music Team Behind “The Simpsons”