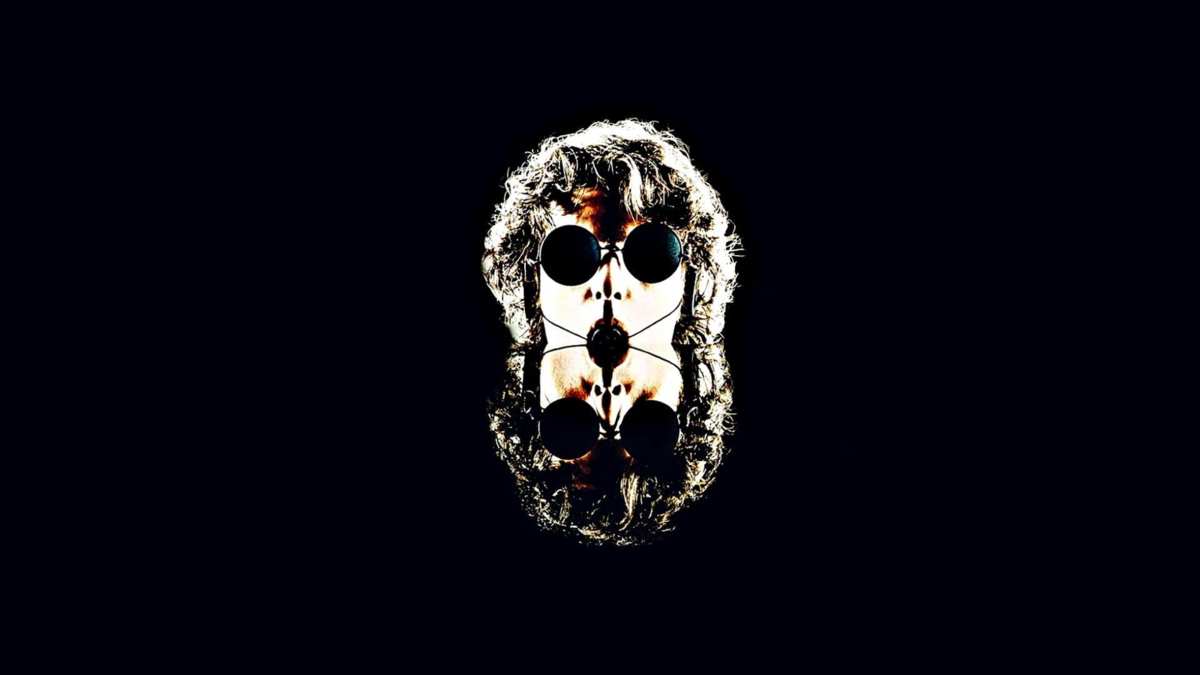 We celebrate the UK re-release of Ken Russell and The Who’s cult classic Tommy nearly forty-five years after it made its way into cinemas. Time to delve again into this amazing journey and into the life and music of a deaf, dumb and blind boy who could sing like Roger Daltrey and play a mean pinball like nobody else. 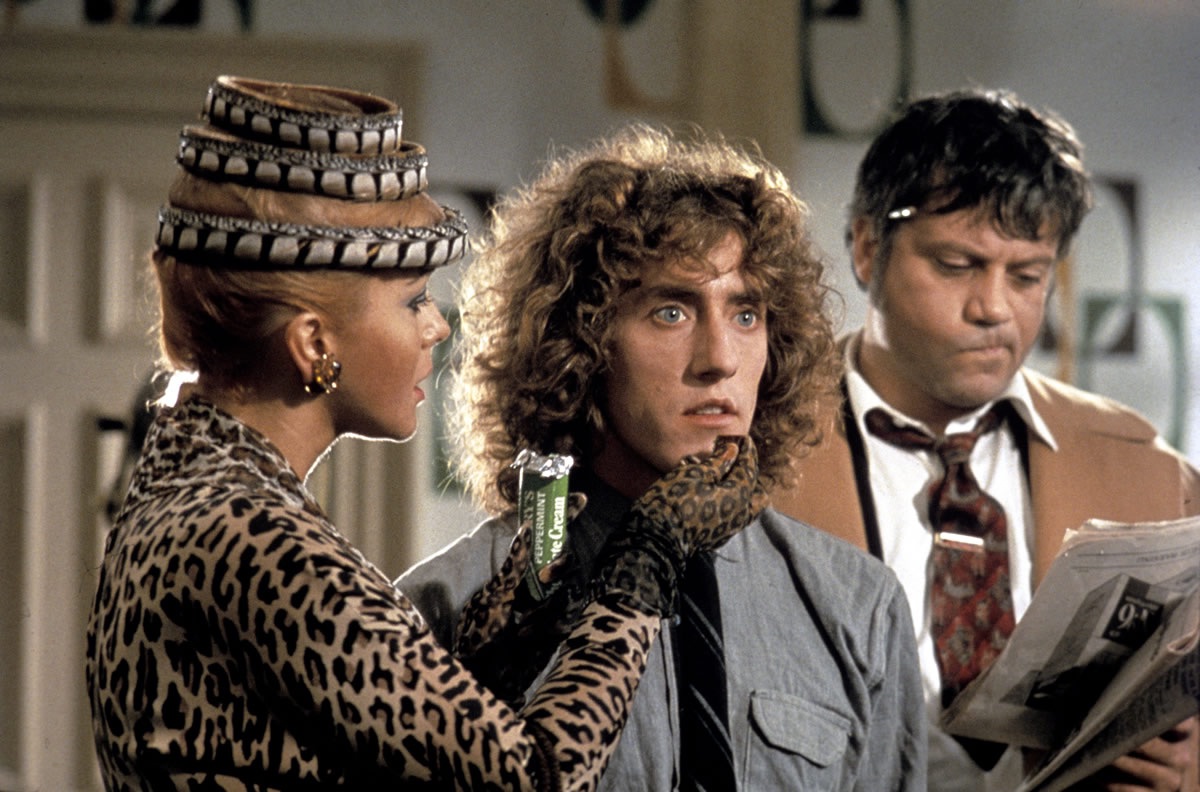 The year was 1974 and Ken Russell was at the peak of his artistry. While still facing severe controversy because of The Devils (the historical horror film released two years earlier), the director, in the time frame of a year and a half, managed to finish the shooting of his Gustav Mahler biographical film in addition to the previous releases of his Twiggy-starring musical The Boy Friend and his biography of French artist Henri Gaudier-Brzeska Savage Messiah. All those films gave Russell the opportunity to develop and perfect an aesthetic that would be his very own, characterised by psychedelic visual experimentations and a heavy taste for opulence of all kinds­—particularly in costumes and set design.

The convention-shattering Ken Russell was also a very refined man, who had the utmost respect and admiration for artists of times passed, especially composers. In the 1960s, he told the life and times of composers such as Sir Edward Elgar, Prokofiev, Béla Bartók or Claude Debussy in a BBC documentary series, and depicted a fictionalised version of the life of Tchaikovsky, before doing the same with Mahler, Liszt and Wagner. So, when producer Robert Stigwood convinced Russell to direct Tommy, the filmmaker embraced The Who as part of his delirious endeavour to bring composers to the big screen and started working on the film adaptation of the band’s rock opera album along with Pete Townshend, The Who’s guitarist and the genuine éminence grise behind Tommy. For a whole year, Russell and Townshend wrote a script that would include elements and scenes from some of Russell’s unfilmed scripts as well as some new material written by Townshend especially for the film version of the rock opera. In the end, Tommy would include all twenty-four songs from the original album, with Townshend eventually changing some of the lyrics and adding a few songs for the story to run more smoothly. 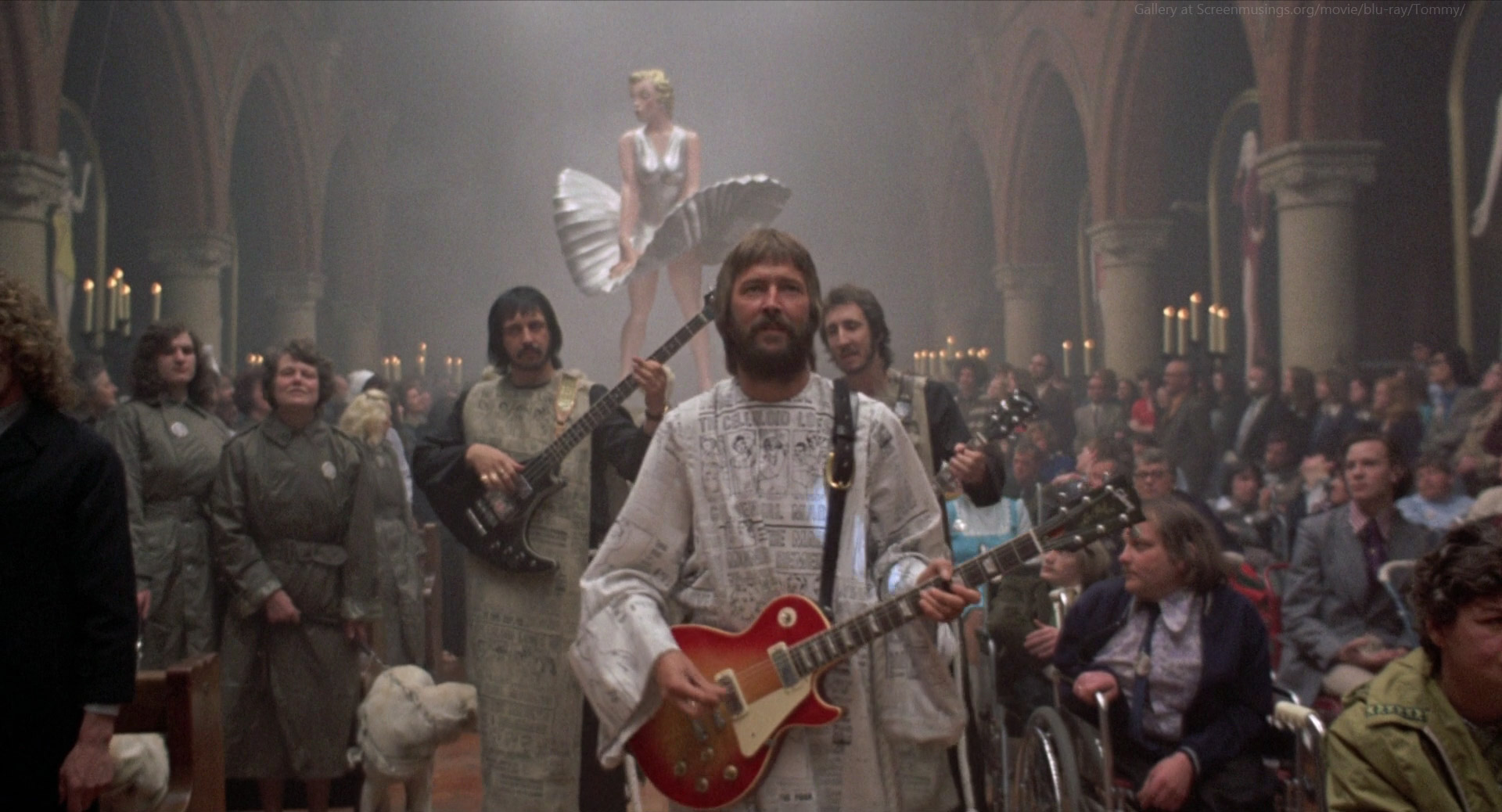 Eric Clapton as The Preacher in Tommy. Columbia Pictures. All rights reserved.

In the winter of 1973/1974, the two men worked separately on the film. The Who created brand new arrangements for the songs to transfigurate the uniformity of their 1969 rock album into a film soundtrack that led them to paths they had never taken before, venturing into fanfare music (‘Bernie’s Holiday Camp’), Christmas songs (‘Christmas’), silent-film soundtracks (‘Cousin Kevin’), even gospel music (‘We’re Not Gonna Take It’). Ken Russell, in the meantime, struggled with the casting. While Ann-Margret and Oliver Reed were already cast in the parts of Tommy’s mother and stepfather, a lot of stars pushed the doors of the casting director’s office: the Pinball Wizard part was first offered to Tiny Tim by Townshend, a proposition Stigwood immediately ruled against, then to David Essex and Rod Stewart, until Elton John talked the latter out of it and took the part. With one condition though: to keep the character’s outfit, including his huge brown Dr. Martens boots. David Bowie and Mick Jagger were in talks to play the Acid Queen but both turned down the role of the drug-addict gipsy prostitute in favour of Tina Turner, who fantastically delivers in one of the film’s peak moments. Other small parts were distributed by chance, like Eric Clapton, who took on the part of the Preacher as a favour to Pete Townshend, who had helped him give up on heroin, or Jack Nicholson, who agreed to appear in the film because he was intrigued with Ken Russell’s films. The Specialist was originally to be played by Christopher Lee, but it is Jack Nicholson, who was in London at a time when Lee wasn’t, who finally raises his eyebrows in his best Jack Nicholson impression as the doctor who seems more interested in Tommy’s mum than he is in actually curing the boy.

The Who recorded the soundtrack with the whole cast from January to March 1974. You can only imagine their reaction when they heard Oliver Reed sing ‘Bernie’s Holiday Camp’ or repeat ad libitum ‘There’s more at the door!’ in ‘Welcome,’ with a deep voice that answers the question, ‘What if a bear could sing?’, and in a tone ranging from unexpected eruptions of violence to pure slapstick comedy (Reed often went from one extreme to the other in a heartbeat). In the past, Reed had likened his singing voice to that of ‘a rugby forward’ (in Mark Lester’s film adaptation of Oliver!, his only singing scene was cut from the final film, although Reed had released a few 7” singles in the early 1960s).

Pete Townshend was not convinced with the choice of Jack Nicholson—he wasn’t convinced with most of the cast either before they started to sing—who never had a singing experience in his career. And boy, if there’s one reason why Tommy is worth a good watch, it is to see a pre-Cuckoo’s Nest Jack Nicholson hit on Ann-Margret while talking about blindness, like Romeo singing a serenade to Juliet in his half-crooner, half-1970s Beverly Hills fuckboy voice. And we have not even mentioned Tina Turner’s elastic lips and Elton John’s Actors Studio-level acting skills when it comes to look impressed. Meanwhile, Ann-Margret held the record of the most efficient cast member: she listened to the Who’s 1969 album, took notes and recorded her part, as in all her songs, in a single eleven-hour session with the band. How ‘bout that, Les Miz? 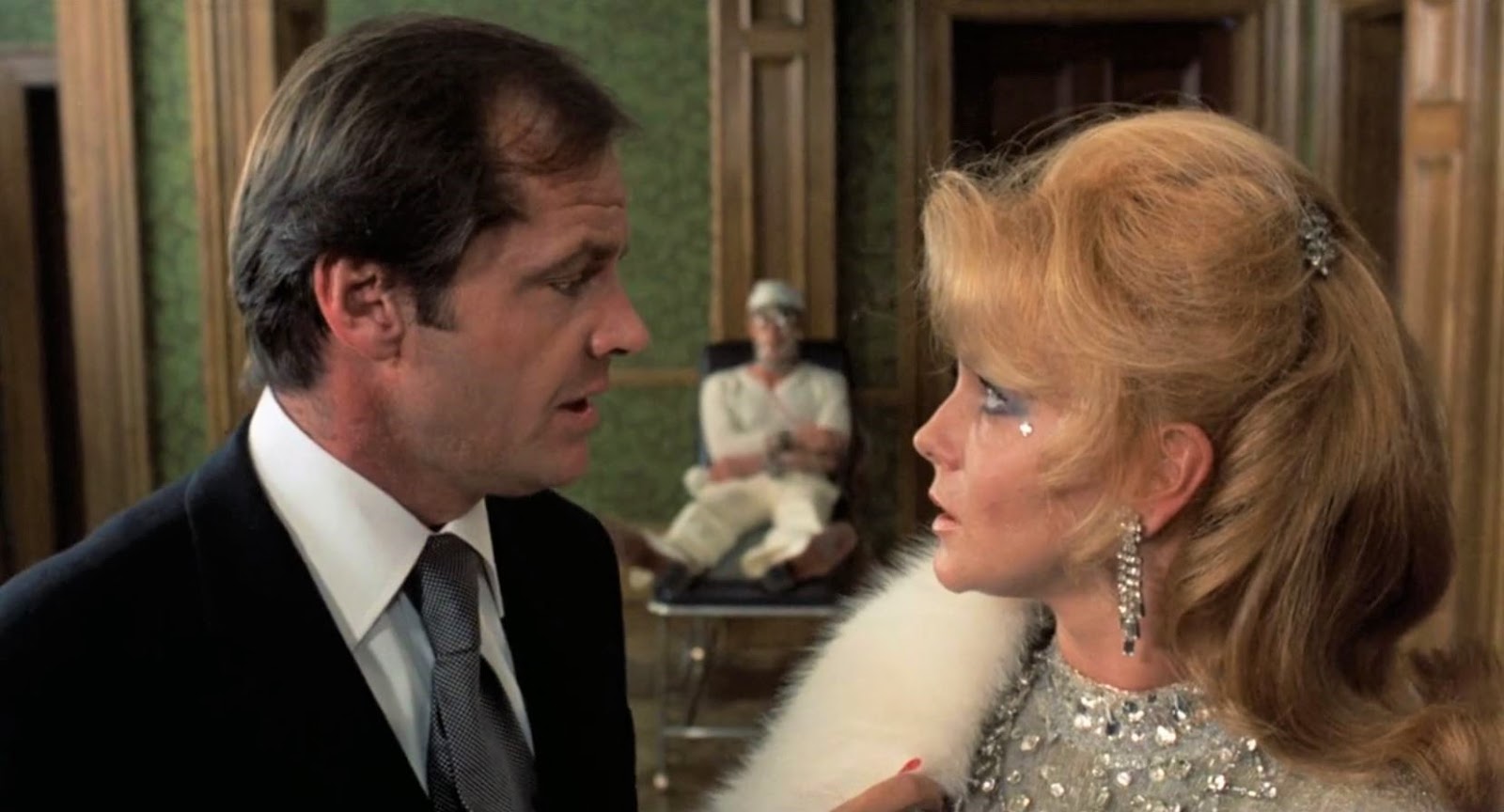 For those who have never seen Tommy, you should know that, unlike subsequent film versions of rock operas like Pink Floyd: The Wall or Purple Rain, the film is entirely sung. The difference with The Umbrellas of Cherbourg, in which all the entirety of the dialogues is sung and dubbed by professional singers, is that the dialogues in Tommy are only made of songs performed by the actors themselves. Which makes it more of a succession of more or less surrealistic vignettes rather than a classic narrative film, with out-of-the-box scenes (‘Sally Simpson,’ ‘Champagne’) that only exist to break the narration—not to talk about Ken Russell’s mind-bending pictures, which alone are a psychotropic experience that will remain printed on your retina for a long time, in their ability to evoke Flemish painting, golden-age Hollywood films, Biblic icons and the haunted poetry of Rimbaud, Baudelaire and Edgar Poe all at once, while remaining a pure product of 1970s England. But the psychedelic visions Ken Russell has to offer with Tommy never fail to intertwine with the power of music. As mentioned above, The Who rewrote and rearranged their 1969 album to deliver a soundtrack that is completely theirs—with the exception of a few guests like The Rolling Stones’ Ronnie Wood and Nicky Hopkins, or Joe Cocker’s organ player Chris Stainton. And there’s the ‘Pinball Wizard’ case: even though the Who appear on stage with him in the film as ‘The Elton John Band,’ the ‘Rocketman’ singer brought his own band at the recording session. 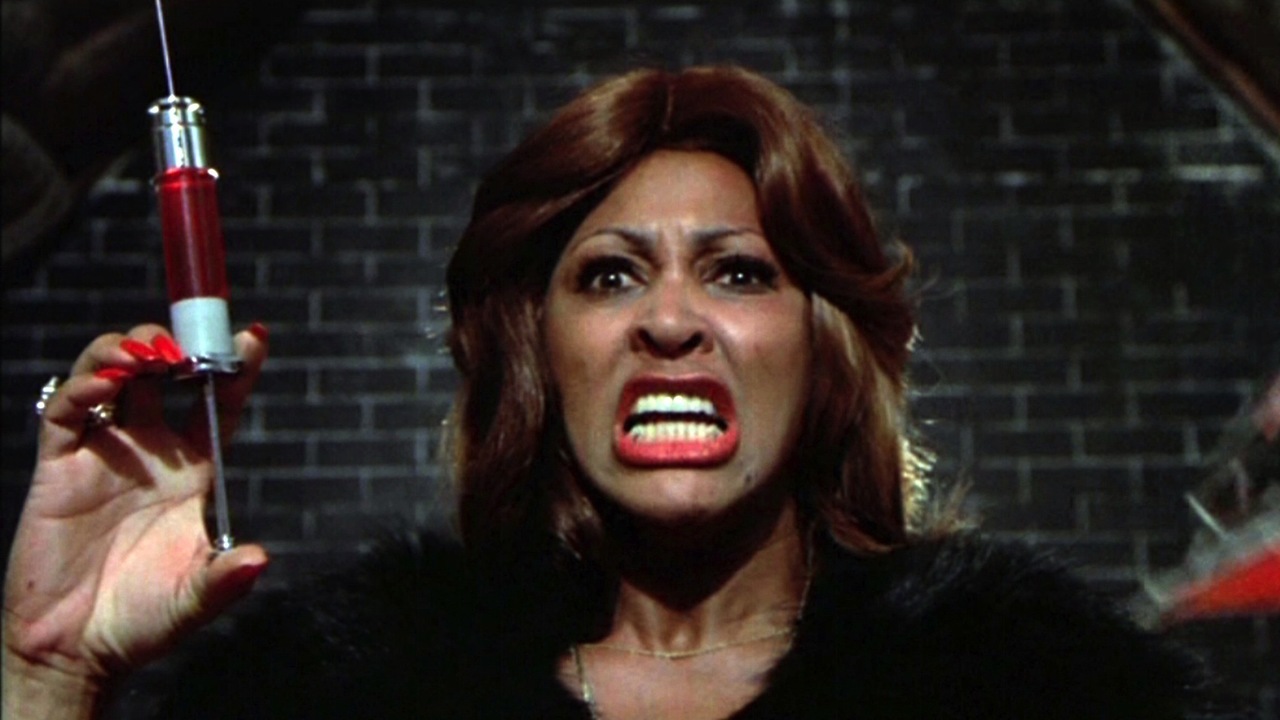 Tina Turner as The Acid Queen in Tommy. Columbia Pictures. All rights reserved.

What makes Tommy a great experience comes from both the visuals and the music, and Russell and the Who should equally share credit in the making of the film. There are of course nods to previous songs from the band: they wrote and performed two fake commercials shown in the film, like they did in their 1967 album The Who Sell Out, and they managed to put the main riff of their early-years hit ‘I Can’t Explain’ at the end of ‘Pinball Wizard’—which, ironically, became one of Elton John’s signature songs. And of course, there is this scene in which Ann-Margret is supposed to have a nervous breakdown, alone in the silk-and-fur-fitted living room of her very expensive flat. At least, that’s what Russell told the actress, adding that she had the liberty to do whatever she wanted to in front of the camera… So her character swims in baked beans right in the middle of the living room, with the baked beans eventually pouring from the television screen like a sea of crap—now that’s visionary, and they only had three channels back then—conveying the picture of Roger Daltrey sitting in a bathtub fulfilled with baked beans on the cover of The Who Sell Out. 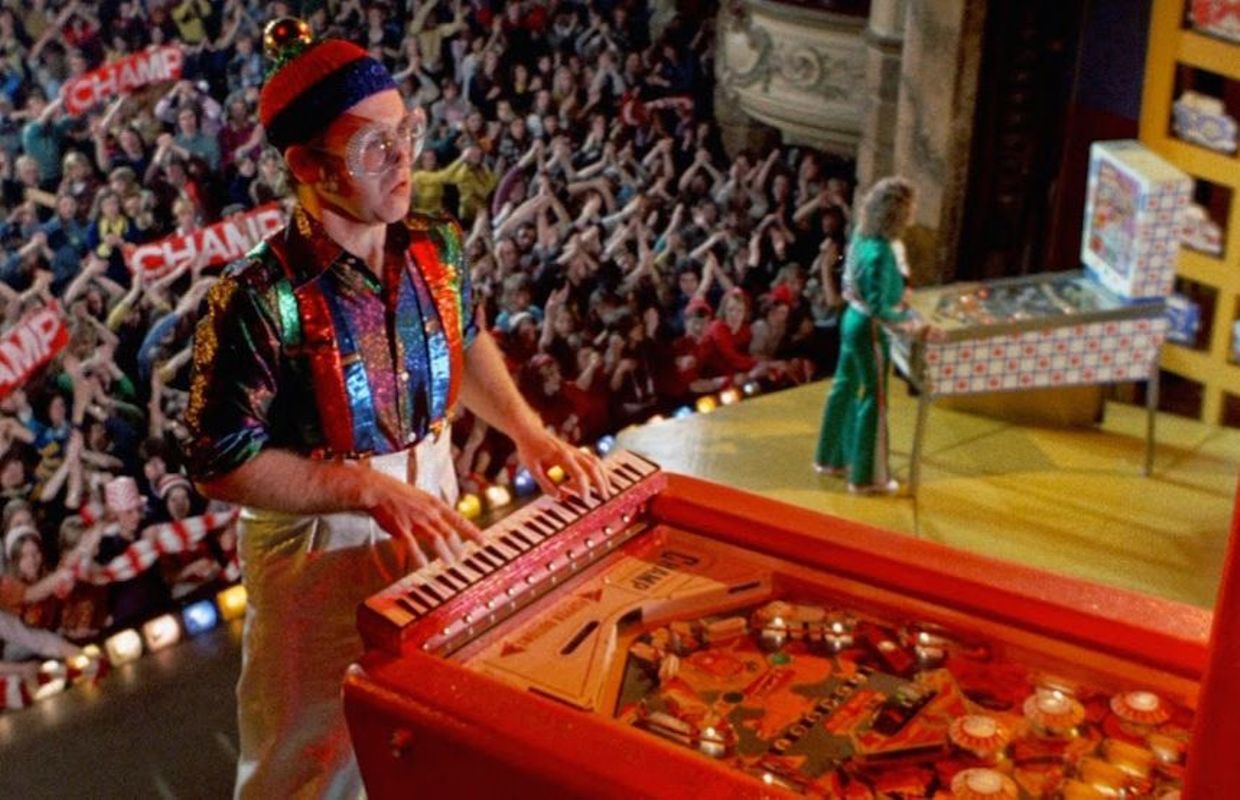 Elton John as The Pinball Wizard in Tommy. Columbia Pictures. All rights reserved.

When, in June 1974, a journalist from the New York Times visited the burning set of Tommy—which actually burned twice: the first time on purpose and then, just a couple of days later, by accident, although the director filmed the flames and included footage of it in the film—he commented the words Ken Russell had had a few years earlier about the disastrous reception of The Boy Friend, saying that he would never do another musical again. Russell replied, ‘True […] But always say after every film that I’ll never do another one. Somehow I always do.’ Now the question whether Tommy is, strictly speaking, a musical, rather than the visual re-imagination of an album, can raise a long debate. What Tommy is for sure is a mesmerising experience put together piece by piece by underrated geniuses and it has never lost its power. Plus, there is Keith Moon playing Tommy’s pedophile uncle.