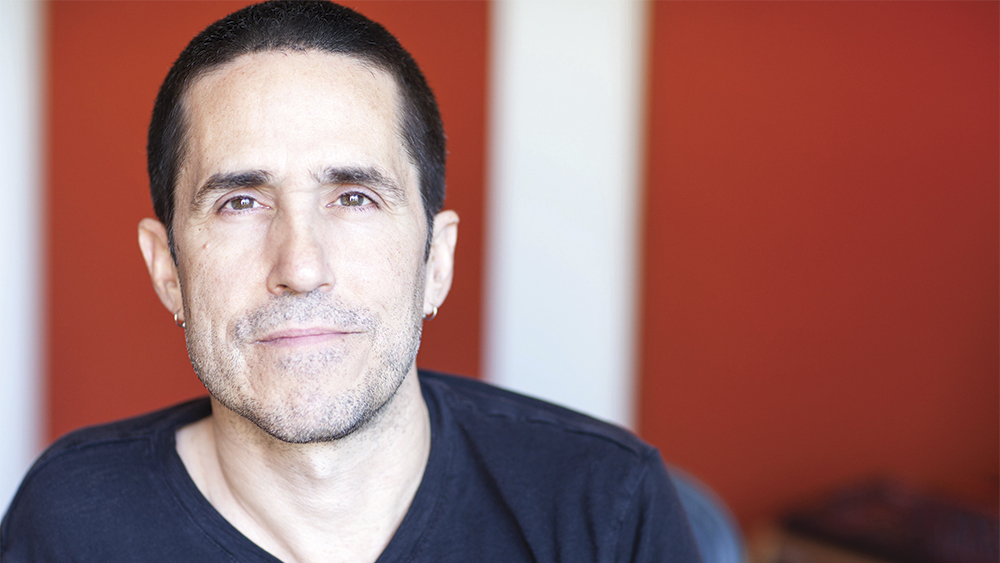 Mac Quayle is a busy man who is currently working on nothing less than three shows: the anthology horror series American Horror Story, 9-1-1, a drama focusing on cops, firefighters and paramedics, and a brand new show that is still in production and will be aired in 2019, The Politician. The three of them are produced by the prolific Ryan Murphy, Quayle’s frequent collaborator. Additionally, the composer has scored all three seasons of USA’s Mr. Robot and he recently released his original score soundtrack, Mr. Robot, Vol. 5. His work on the show earned him an Emmy and he has received three additional Emmy nominations, two for his outstanding main title and score for FX’s Feud: Bette and Joan, and one for his score on American Horror Story. He also scored Emmy-winning The People v. O.J. Simpson and The Assassination of Gianni Versace, the two seasons of American Crime Story.

He talks to Score It Magazine about his work with Ryan Murphy, the beginning of his career on the New York club scene, his incursion into film and TV music and his beginnings with Cliff Martinez.

Score It Magazine: You seem to be pretty busy these days, right?

Mac Quayle: Yes! I am currently working on three shows: American Horror Story, 9-1-1 and a new one called The Politician. It’s a Ryan Murphy show too. We’re just getting started so it doesn’t come out until next year.

Can you tell us more about The Politician?

There’s only so much I can say about it… It’s a story about a young man who aspires to be a politician.

Do you already know what kind of music you’re going to write for the show? Were you given indications by Ryan Murphy?

I have read the script of the first episodes, I have seen a rough cut as they are already shooting. It’s a little too early, you know, but we’re trying out different ideas for the music. Nothing is finalised yet. We’re kind of in an experimental phase, trying to get the sound. It will be quite different from anything I’ve done before.

You’ve written so much music for Ryan Murphy, can you tell us more about your relationship?

The first project was American Horror Story, “Freak Show,” season 4. I had previously worked as an additional composer for Cliff Martinez. Cliff scored a film that Ryan directed, The Normal Heart. I was working with Cliff on that film and I guess that, through that, I attracted the attention of one of Ryan Murphy’s producers. About 6 months after that and out of the blue, this producer calls me and says, “We’re going on a different direction on American Horror Story this season, would you be interested in writing a piece of music for us this afternoon?” I wrote a piece of music, they loved it and hired me the next day. That was just about four years ago and I’ve scored every Ryan Murphy show since.

How did you get to work with Cliff Martinez?

Before I moved to Los Angeles, I had discovered Cliff’s music watching Traffic. I had seen Soderbergh’s Sex, Lies and Videotape but it’s really Traffic that made me say, “Who is this guy?” I moved to Topanga, CA, where he lived in 2004 and we got introduced through a mutual friend. I convinced him to try me on something as an additional composer. That’s how it started!

Are you the person who alters the main theme of American Horror Story in order to match the theme of the season (the circus-y addition for “Freak Show,” the trumpets for a patriotic feeling for “Cult,” etc.)?

There were two people that composed that theme. I believe that, for the first three seasons, it was essentially the same. On “Freak Show,” one of those composers did what we call the “refresh”: he added the carnival, circus type of elements to the theme. That was already done when I came on board for this season. But then in season 5, “Hotel,” season 6, “Roanoke,” season 7, “Cult,” I did the refresh on those. A lot of cooks have been involved in it! All the different versions have been great. Now, we felt that for this season, “Apocalypse,” it would be good to go back to the “pure” version. I think the fans are pretty excited about that.

I actually asked myself if it I was me who didn’t hear the refresh for this season or if it was the original version of the theme being used again. Had you ever watched the series when you came on board?

Actually, no! I had heard about it, it was on my radar, I knew it was good. I was tempted, once I was hired, to go back and watch some of it. But I actually thought that, since every season is new, with a different story and characters, it might help me to not know the previous seasons, just so that I would bring a different approach to it. Since then, I’ve watched a little bit of some of the previous seasons, not in their entirety, so that each season has its own identity. I felt like I didn’t have to know what had happened in the previous seasons.

Do you have a favourite season?

That’s tough! I like them all, but I have to say I’m quite fond of “Hotel.” It was a lot of fun in a very dark way. “Freak Show” as well, it will always have a special place in my heart as it was my first TV show.

Feud and Mr. Robot have scores which are very specific and match the environment of both shows: Feud has a lush score that evokes 1960s Hollywood films and Mr. Robot has a very electronic score that goes with the techno-thriller genre. How do you decide to go for a type of music that matches the genre instead of something that goes against it? I am currently watching Maniac, and despite the 80s-inspired aesthetics, they went for a score that, I think, sounds pretty traditional.

I will answer the question and I’ll comment on Maniac that I am watching now too. I like it a lot. It’s interesting that you’re hearing it as a traditional score. I do hear some of that in there but there’s also a lot of that quirky… I don’t how you might call it but it has that indie film flavour. I’m really enjoying the score. Perhaps they had some conversations regarding the tone they wanted. It’s not as obvious as in Feud or Mr. Robot. You could point at Feud and say, “This is a retro orchestral score meant to evoke old Hollywood” and you could point at Mr. Robot and say, “This is an electronic score that is dark and is meant to underscore the dark psychological things that are happening on the show”. It’s harder for Maniac to say, “Oh, that’s what they were going for.” I don’t know what their conversations were, maybe you can interview Dan Romer to know (he laughs)? But yes, in both cases, we had conversations before starting and that’s what they wanted, I totally agreed, it made sense. In hindsight, it was the right choice and it helped tell the stories that way they needed to be told.

You’ve worked in the New York club scene in the past, you’ve done a lot of remixes for Britney Spears, Madonna, Jennifer Lopez… Are you still doing some production work?

That was my start, my first career in the music business in New York. It helped me develop my skills as a musician. I was a keyboard player and I was into technology. I started in the late 80s, so that sort of skills set was in demand, there were people making dance music and they needed someone who could work with technology and help them create dance music. I did that for many years through different eras of dance music and genres. It taught me a lot about producing music and creating, choosing, mixing sounds. In the early 2000s, the sales (of the music industry) were going down, things started to change and it affected the budgets spent on this type of work. So I decided it was time to look into something else. It was born from necessity. In 2004, I moved to Los Angeles, with a vague idea of getting into film and TV scoring. I got my first score job in 2006. Since then, I’ve done a handful of things in the music business world, but not that much. These days, I’m too busy to do it, but there hasn’t been that much that has come to me.

For Pose, did your years in the music industry business helped you or influenced you for the music you wrote for this show?

You know, I thought it was going to. But as it turns out, most of the music that was in some way related to dance music in the show, well, they were using real songs of that era. So, much of the soundtrack of that show was the actual songs from the 80s.

Did you work with the music supervisor?

No, I wasn’t involved in those song choices. There’s a handful of cues that I did that had that dance music flavour. But just a few. The music I wrote was more the heart of the show, it was more sad, or uplifting, it was not about dancing. That’s where the score came in-between all those great classics.