The Newton Brothers on Their Score for Hush, the Horror Film That Took Everyone by Surprise 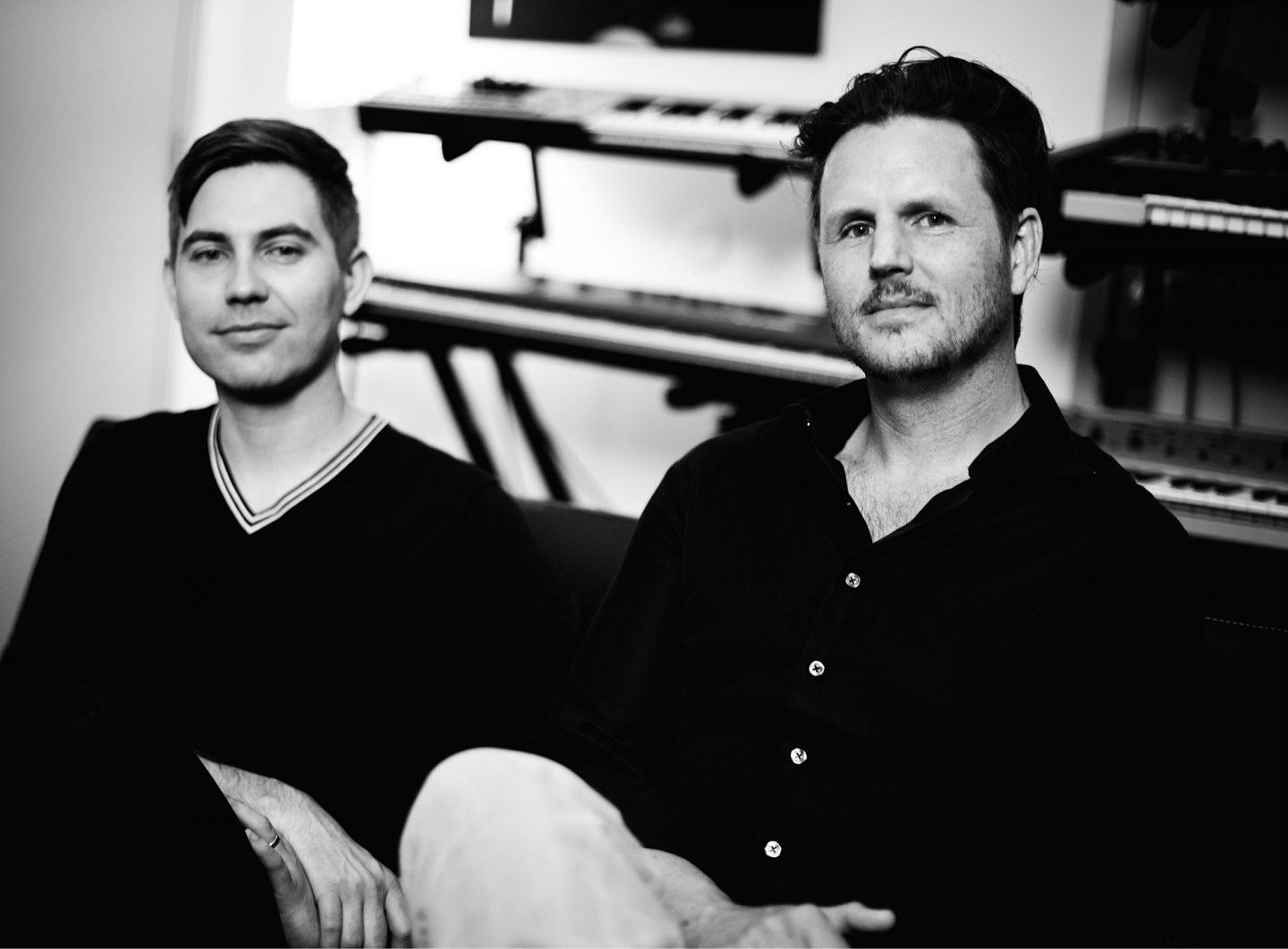 Hush is the horror/thriller film that no-one was waiting for. The Netflix’s sleeper hit took everyone by surprise thanks to director Mike Flanagan’s intelligent re-interpretation of the home-invasion narrative. Maddie, a deaf author, tries to finish her book in her remote house in the middle of the forest but little does she know that a maniac is lurking outside, waiting to come get her.

With a deaf character, the music and sound design have to be of prime importance. The former is being taken care of the non-sibling pair The Newton Brothers.

The Newton Brothers’ score is impressive: at times peaceful, at times agressive, it enhances the story. Andy and Taylor talk to Score It about their collaboration with Mike Flanagan and the creation of their remarkable score for Hush. 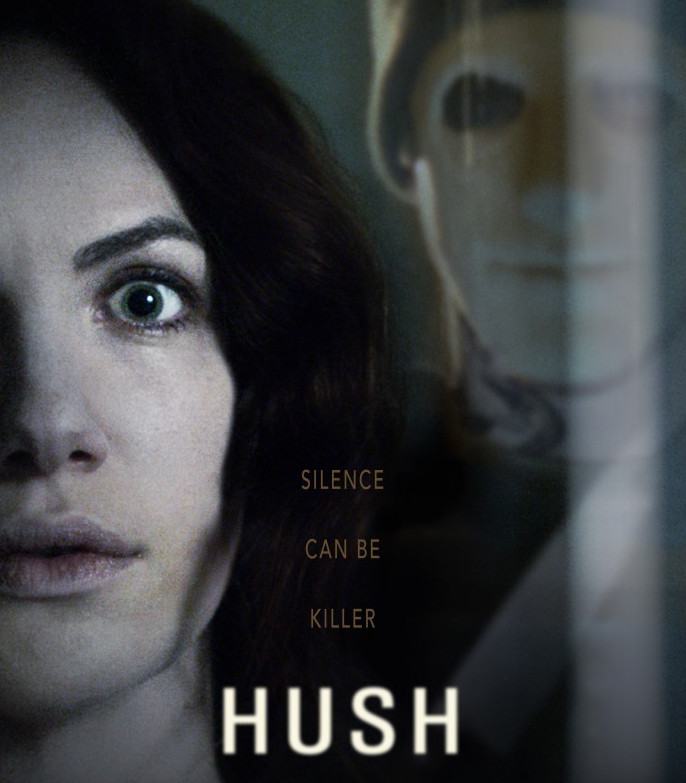 Score It: You started collaborating with Mike Flanagan in 2013 with Oculus. How did you arrive on Oculus, how did you meet Mike?

The Newton Brothers: We happened to know the music supervisor and he put us forward for an interview. Mike and Trevor Macy (who produced Oculus) showed us the film and we were super impressed. We loved how they approached the story and stayed away from a found footage approach, instead it felt very cinematic. Plus we had been fan of Absentia, Mike’s film prior to Oculus.

Usually we start in post production or a tad earlier. Sometimes we’ll prep our sounds or music template before then, in attempt to get ahead of the game.

How do you usually work with Mike? Does he come up with ideas or does he leave everything that is music related into your hands?

Mike is very involved. He’s a true collaborator all around. And yes he comes up with all kinds of great ideas. He’s a very talented musician in his own right. Usually we spot the film with a general idea of where he wants the music and what he wants it to do. Then we start writing themes or molding sounds if it’s tonal based.

Oculus and Hush revolve around two senses, vision for the former and hearing for the latter. Or more precisely, they revolve around the impossibility to see properly because of this demonic mirror for Oculus and deafness for Hush. Did this influence the scores you created for each film?

It did impact the sonic nature of the music. But it’s the story that always gets us and Mike’s a genius writer and story teller which helps our process. The music writes itself.

Hush has a deaf protagonist, Maddie (played by Kate Siegel who also co-wrote the script). Was the choice of composing pieces that are at times very abrasive with percussions, some hissing and buzzing (“Run For It” or “Counter Attack” for instance) deliberate in order to make the audience feel, in a way, what she goes through: the injuries, the stress, the fear, etc.?

Absolutely, Kate’s an amazing actress and writer we really wanted to just support what emotion or reaction she was feeling. At times we had to be her voice. We wanted it to feel cold and abrasive which is why we used a lot of metal.

When you discovered the script written by Mike and Kate, did some specific instruments come directly to your mind?

We talked about it with Mike the general tone and feel. But he gave us the freedom to develop our own sound. We knew we wanted chimes and bells to make you feel calm almost like it was part of nature and cold harsh sounds for more of the cat and mouse sequences.

Given how the sounds (or lack of) are important in this film, did you work closely with the sound department?

Not as much as we would have liked to due to time. But Mike new exactly what areas needed to be quiet or void of music. Also Jonathan Wales who mixed the film did a phenomenal job. Sound was its own character.

What I loved in Oculus and Hush is that Mike Flanagan does not rely on cheap technics to scare the audience. There is no moment when all sounds drain from the film and suddenly, a noise or some loud music rings out, telling you when to be scared, it’s far more subtle. I am thinking about the scene where Sarah, the neighbour, is chased by the killer, runs to the window and tries to signal her presence to Maddie, or when Maddie first catches a glimpse of the killer thought the sliding door of the living room. The music is not here to tell you when to be frightened. Is it something you discussed with Mike?

Definitely. Mike’s not fan of cheap jump scares. Either are we. It makes the film less impactful and effective when you have those real moments. 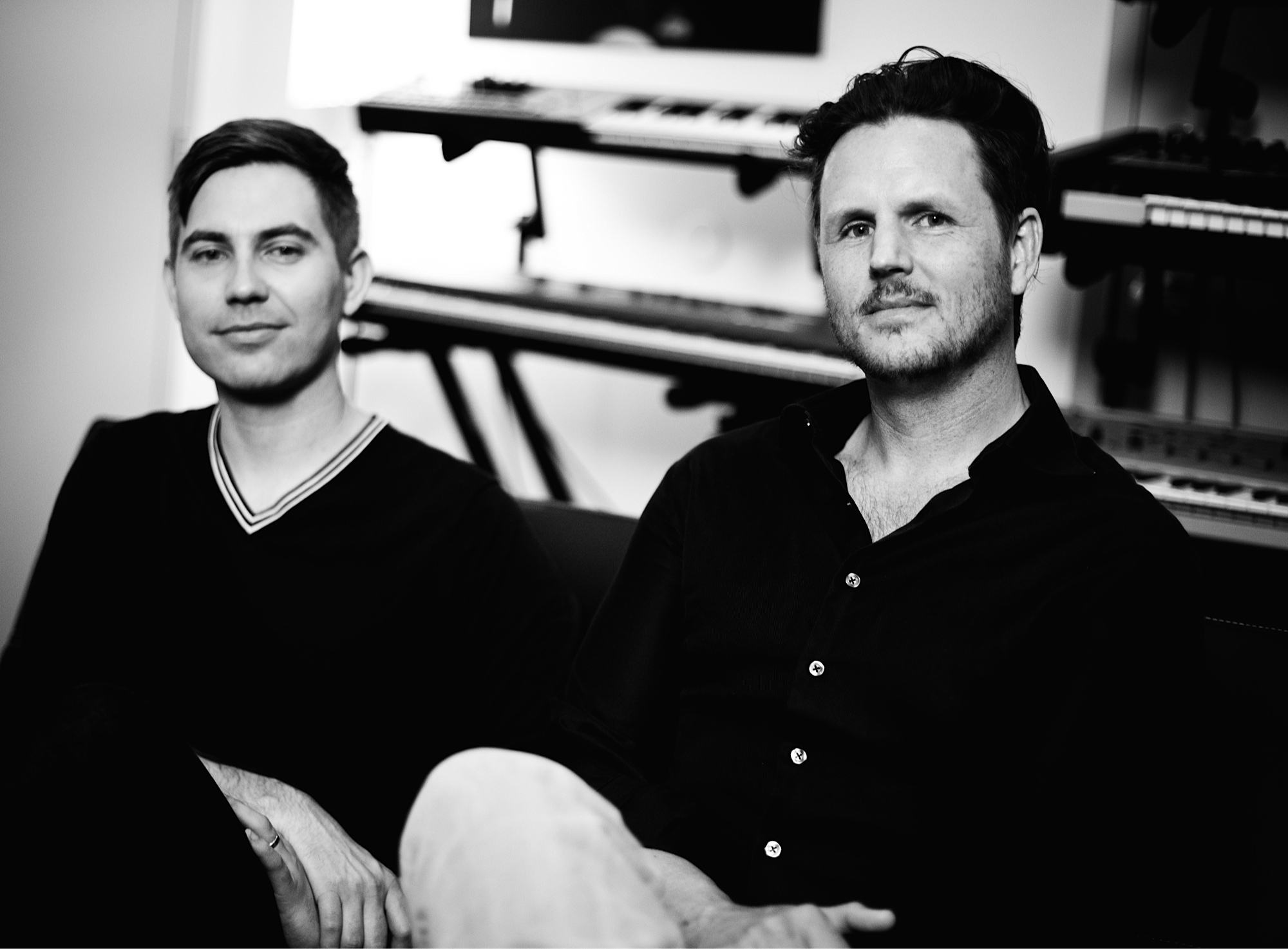 The track “Kill Him” has a very Gothic feeling to it. In a way, Hush is kind of a Gothic story: we have a young woman who is held prisoner by a beast and she tries to escape. It almost feels like from a Blumhouse production, we jump into a Hammer production! What were your inspirations (if any) for Hush? Did you watch other home invasion films?

We can see that. No, we didn’t watch any home invasion movies. Mainly the story and the acting inspired the music. We wanted something a little outside the box, but still effective. We knew it needed to be electronic. Taylor’s kind of a mad scientist of crazy sounds so we came up with some unique and distinctive noises for the film.

I really enjoyed “Aftermath” and “Against the Odds”, they have a nice, warm, feel good vibe. The gorgeous melody reminds me of Sia’s “Breathe Me”, though more upbeat. There’s such a difference between these two final tracks and the rest of the score, can you tell us how you came up with them?

We talked about this scene quite a bit. We wanted something that was triumphant, emotional and gave that feeling, “Ah she made it,” she beat the odds. She’s the hero. So that’s why it felt a little different then the rest of the score.

You’ve scored films belonging to a variety of genres: horror of course with Mike Flanagan, but also dramas with Detachment, thrillers with Setup and The Prince, dramedies with The Road Within, dark comedies with Life of Crime… Is there a genre that is easier to score or do you have a favourite one?

We’re not particular to any genre. It’s the story and the characters we grab on to. Nothing’s more inspiring than watching a movie that resonates and immediately inspires ideas. Melodies usually just pour out.

What’s your next project?

We just wrapped a horror movie called, The Bye Bye Man. It hits theaters in December. We’re also wrapping up Ouija 2 for Blumhouse/Universal

A massive thank you to Andy and Taylor for their time !