Abel Korzeniowski: The "Translator of Emotion" on Composing for Nocturnal Animals 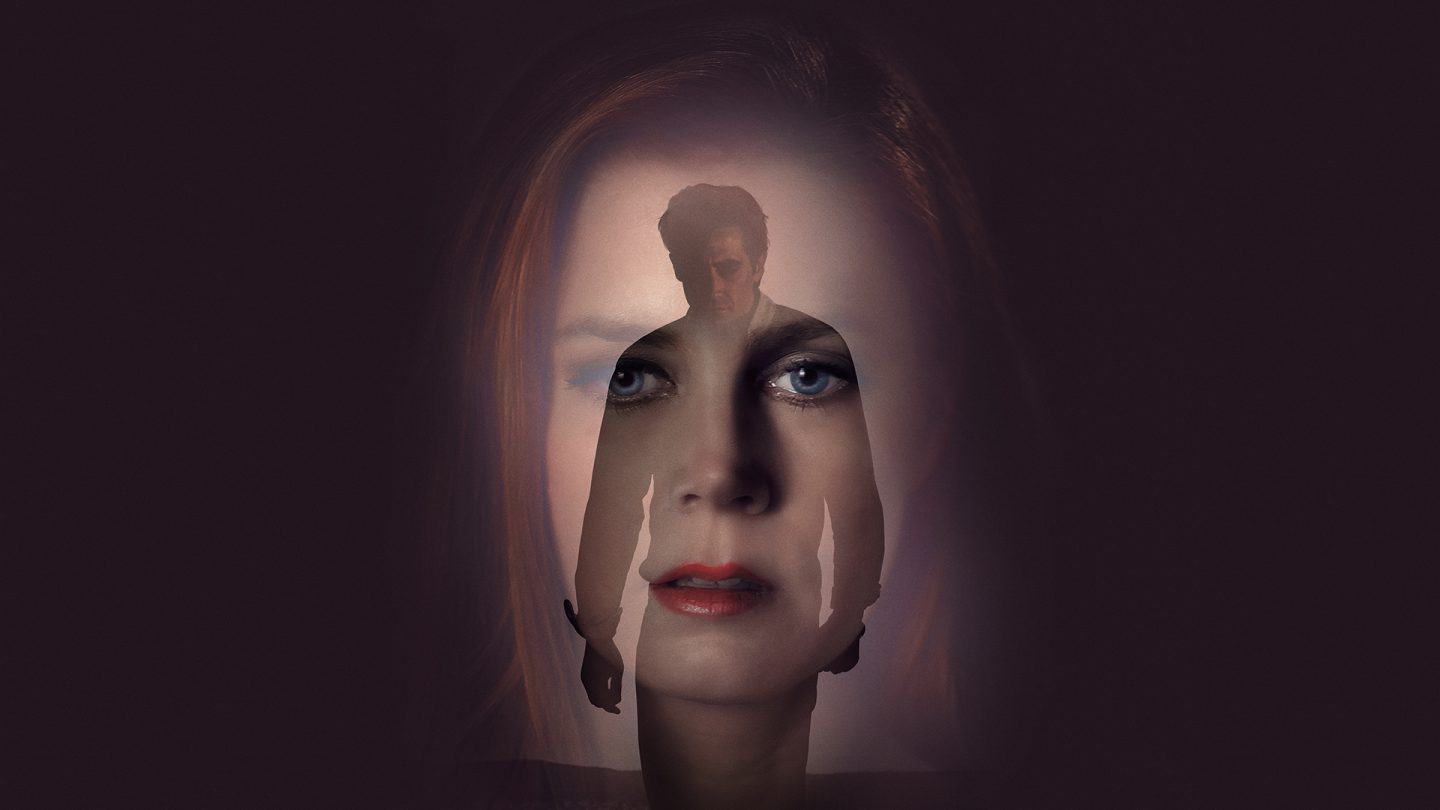 Several years after the release of his critically acclaimed cinematographic debut A Single Man, designer-gone-director Tom Ford, has finally resurfaced. Re-joining forces with the distinctive musical voice of Abel Korzeniowski, Ford’s romantic thriller Nocturnal Animals, has made quite the grand entrance. This gritty violent thriller is fused with a stylish psychological drama, flourished with Ford’s visually arresting aesthetics and perfected by Korzeniowski’s mesmerising tapestry of strings.

With ever more composers reaching for the synths, Polish born and classically trained Korzeniowski starts with the strings. His Nocturnal Animals score is emotionally sensitive, compositionally intelligent and beautifully haunting, flirting with contemporary minimalism whilst nodding to Herrmann and the psychodramas of the 40s and 50s. What an honour it was to speak with the BAFTA and Emmy winning, Golden Globe nominated composer of A Single Man, Penny Dreadful and now Nocturnal Animals. 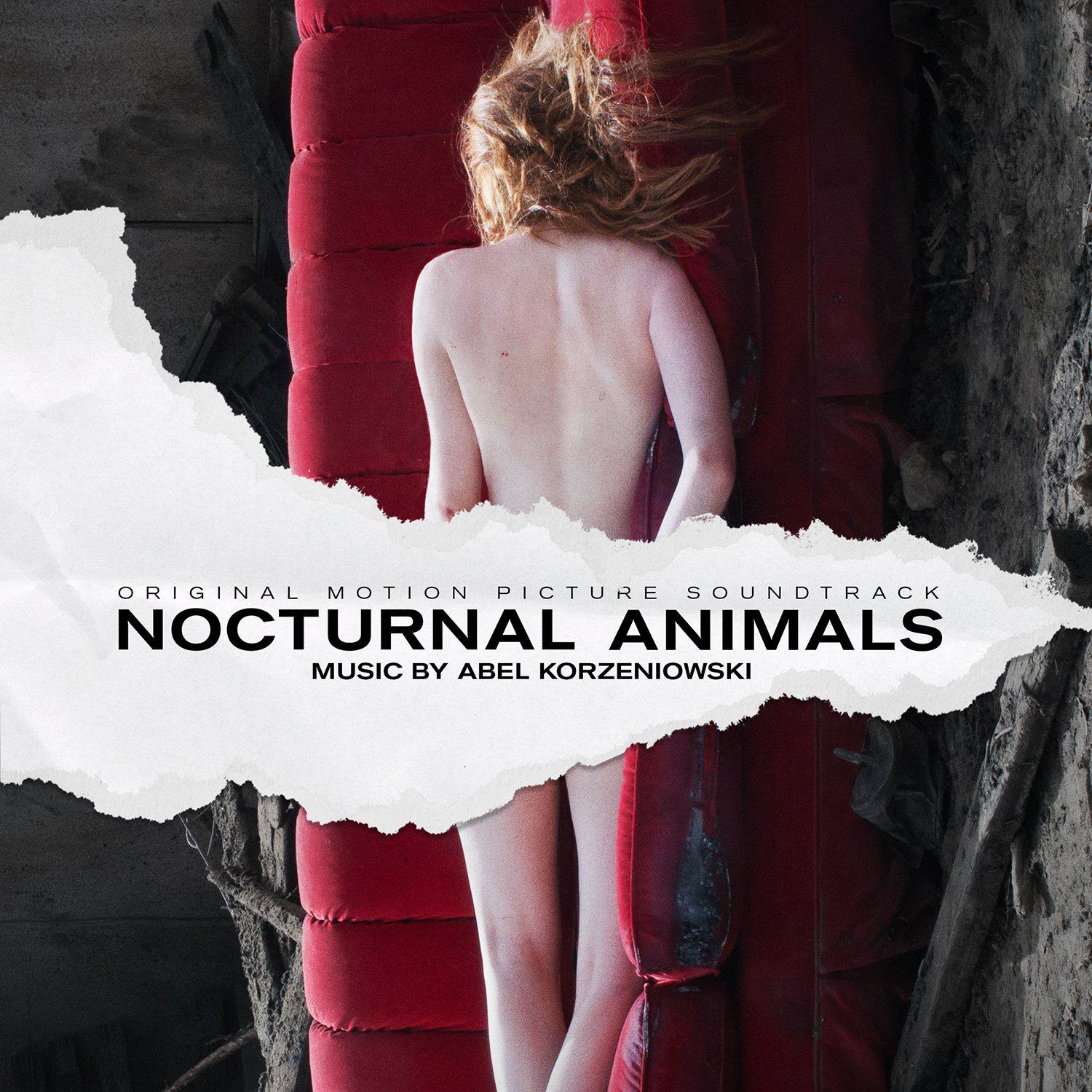 Both A Single Man and Nocturnal Animals have emotionally intelligent scores and you’ve even been described as a “translator of emotion.” Do you feel most at home when scoring films with strong psychological and emotional content?

I find anything that exceeds a simple reality incredibly inspiring. The main inspiration of what I write is what I see, I respond directly to the picture. Dialogue and plot are not as important to me as the facial expressions that indicate what’s really going on inside the head of a character. Generally, I look for movies that have this layer of complexity, that connect with the audience on a higher level. This is incredibly important to me.

What was the process of developing the score with Mr Ford on Nocturnal Animals like?

I changed my methods of working a little. Usually, a composer provides electronic demos to show the director how the music would sound after recording. But Tom’s music is emotional and intimate and hard to fake with synthesizers. I invited six players to my home and recorded live demos. It was a reduced orchestration but it had expression and emotion in it which gave a real sense of how it would sound. For Nocturnal Animals I worked closely with Tom. He wanted me nearby so I moved studios from LA to London which was a huge task. He visited me every other day, it was a really hand to hand process and an incredibly focused time. It felt just like a trance and nothing else really existed for me. He’s such a perfectionist and he is very intuitive which makes people work harder. His support made me give 150%.

When scoring a film —and perhaps this differs for each one—, do you approach it in its entirety, scene by scene, by theme, by character? Where do you start?

I approach it like a burglar. I try luck first and if that doesn’t work maybe a window in the back! I mean it’s the picture that guides me. So I start with a scene that isn’t too ambitious, just something small to give me some footing. When I figure this scene out I learn a little more about the film and I’m ready to move on to bigger tasks. I take small steps at the beginning and hold out with attempting the main theme until the end. I believe that a theme should come from a very natural place. When I’ve been living and breathing the film, that’s where the main theme is born.

The hypnotic piano of “A Solitary Woman” resembles “Mescaline” from A Single Man drawing a parallel between the characters. This is new territory! There aren’t many other composers using themes to explore narrative concepts across multiple films.

That is why I called it “A Solitary Woman”: to make an internal link between the films. The origin of this idea came from Tom’s lack of source music (like when music plays on the radio in the background). Tom didn’t like that. He thought that with the party scene —when there was supposed to be music playing—, it would be better to relate it to the score. Eventually the idea of referencing A Single Man came up and it felt right to connect the characters between the films. It was more meaningful than just having an alien song in the background. 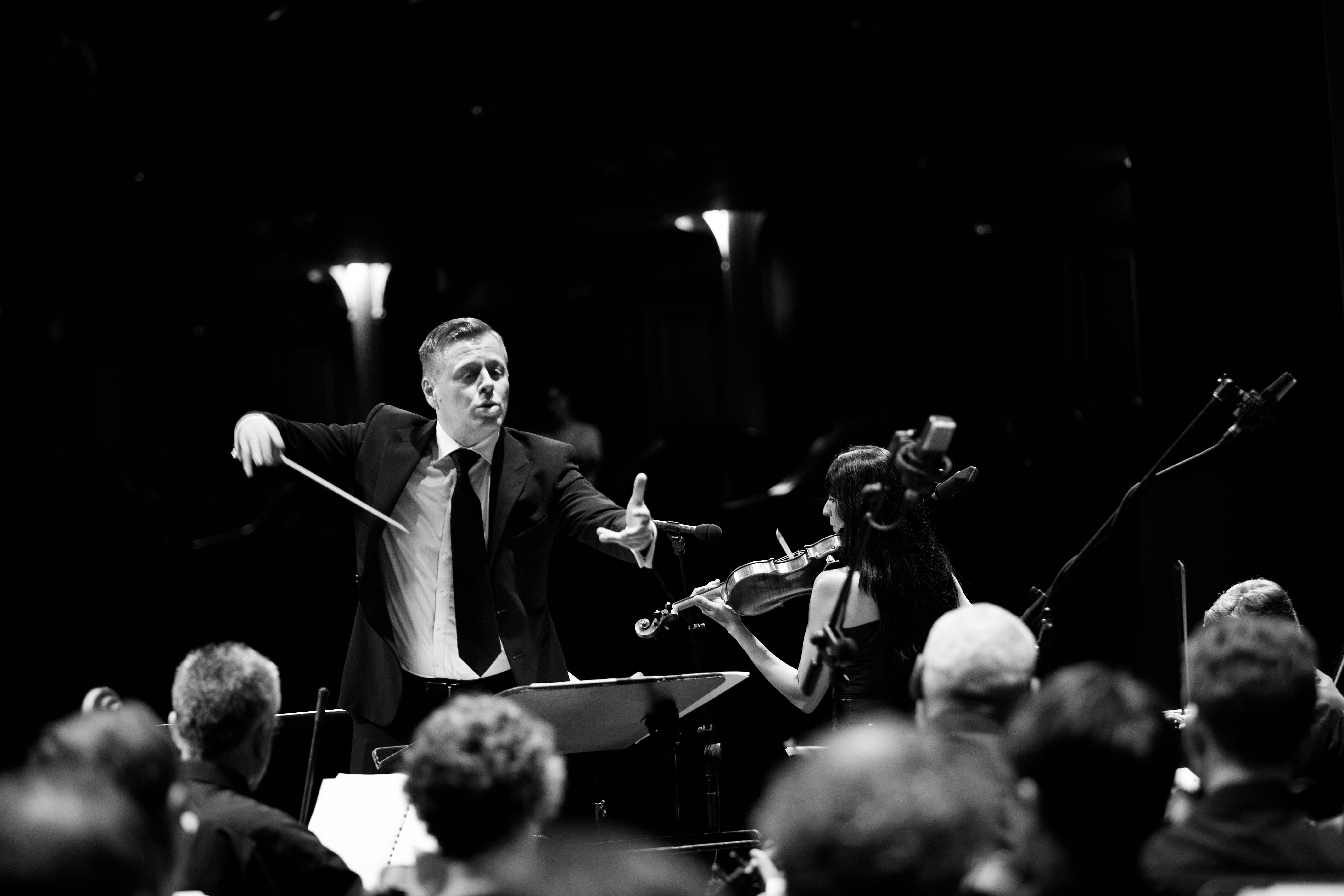 Could you talk about the brains behind the theme in the opening cue “Wayward Sisters.”

This was the most difficult scene in the entire movie. I wrote 14 versions of this theme. I started working on this cue from the start and it was the last one finished. The sequence is incredibly difficult emotionally. Musically, it was difficult to strike the right balance between this rich texture of dance expression and a caricature. The point was to create a contrast. After this explosion of colours we have this black and white character. These women are expressing themselves shamelessly which we wouldn’t expect living in our culture. They are the opposite of the main character, she’s closed, unhappy and unfulfilled, she gave up joy in life by choosing security.

The score seems to work on two levels, what was the intention behind this?

The film has two different genres, one is a violent thriller and the other is psychological drama. The music portrays the internal drama as a thriller because when we see Susan, it’s supposed to feel like a Hitchcock movie. Like something strange is about to happen. It’s a reverse of the genre. The thriller part is scored like an emotional journey, something lived through. The car chase scene has propulsion in it but not like typical action music, it’s more like the throbbing of blood in your veins. This was how this movie lead me to write. 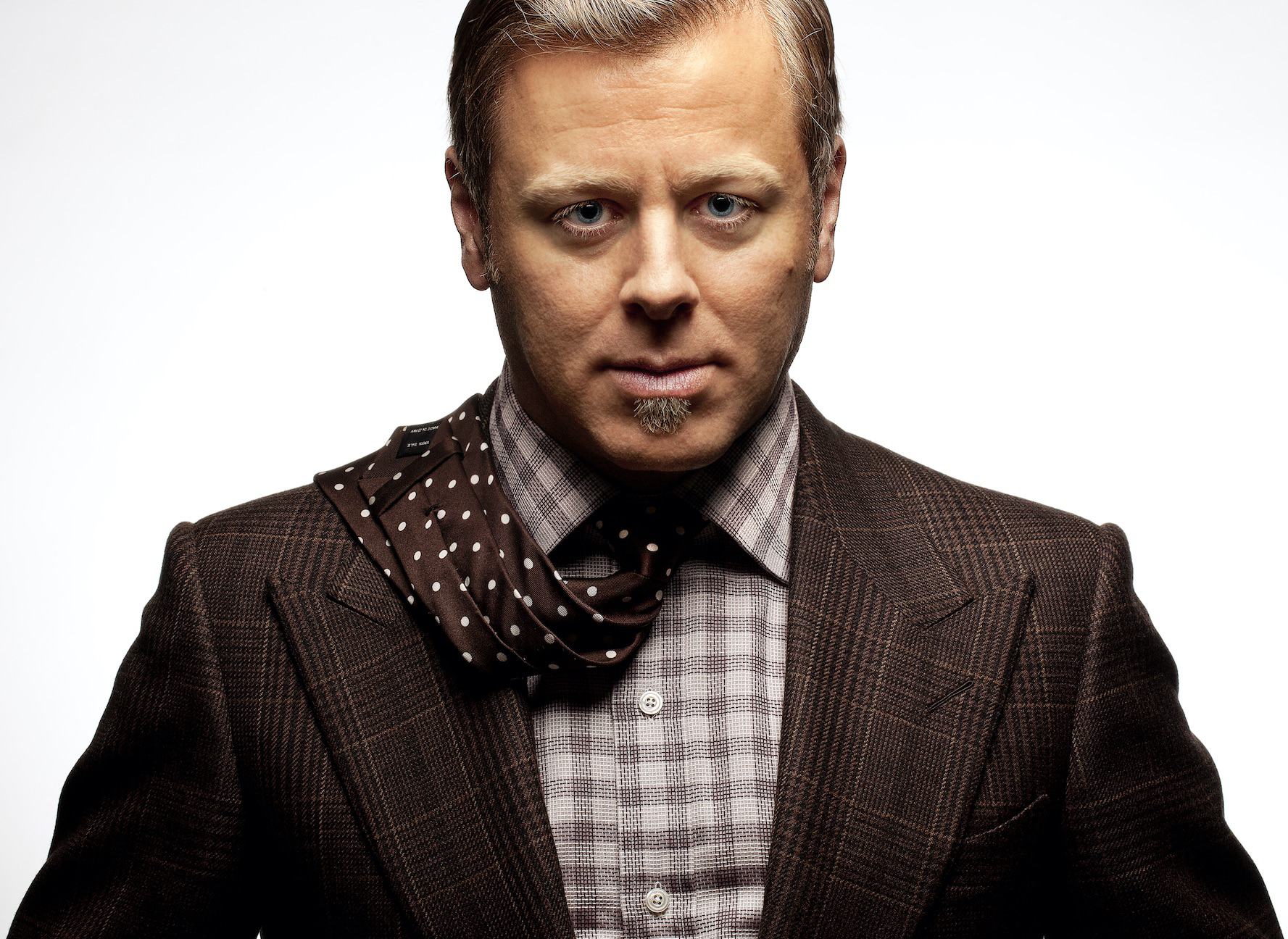 Did it pose much of a challenge musically to maintain consistency and coherency across the complex array of settings, narratives and time periods?

The thriller element is what happens in Susan’s head while she’s reading the book, how she experiences it, so it didn’t make sense to score it as an objectively observed world. Thematically, it’s just one theme, it starts with the title sequence but it’s used again when she returns to the house. When the bodies are found we have another theme but it’s an inversion, a mirror image. So musically, it supports the idea that we are watching her story being told through different languages.

The crime story is what happens in Susan’s head while she’s reading and there are many details which are kind of encoding of her life. The villain wearing green shoes corresponds to Susan’s green dress at the end of the film because in the book, she is portrayed as the villain since her former husband basically accuses her of killing his family. The image of the bodies on the red sofa is a strange combination of beauty and cruelty. Without the green shoes, the red sofa wouldn’t make sense because they were the only clue that told us that the villain has this depraved artistic side. It’s the same with Susan, she has an artistic side that she decided to squash. There are tons of parallels and little symbolic elements scattered across the scenes.

Do you find that there is something about the Polish music scene that contributes to the way you write your music and your loyalty to the strings?

My eastern European heritage definitely makes me biased towards using strings. It’s what I grew up with. I know exactly how to use them to get what I want. In terms of my heritage, the use of strong themes was also something I grew up with. I used to play the cello in the opera and would spend many hours of Traviata rehearsals asleep because they were so long and boring. But the melodic elements of them stayed with me for life.