The Horrifying Hounds of Love : An Interview with Dan Luscombe

To say Ben Young’s directorial debut, Hounds of Love, will knock the wind out of you, is an understatement. It chews you up and spits you out. Top tip from the Score It team: do not watch it before or after Lenny Abrahamson’s Room. Bad combo. You’d feel terrible afterwards.

In an anonymous, seemingly inoffensive, Australian suburb, young Vicki is held captive and tortured by psycho-deviant couple Evelyn and John White. Young masterfully crafts a stuffy, queasy atmosphere aimed at raising his viewer’s sense of stress and unease.  He is helped in this enterprise by composer Dan Luscombe who designs a chilling, haunting, 80s-inspired synth score. The pair collaborated closely to achieve such a coup, even though the Melbourne-based musician admits that working on this film wasn’t really a walk in the park given it’s subject.

The talented composer, producer and multi-instrumentalist Dan Luscombe took the time to discuss with us his work on Hounds of Love, touching on the difficulties in scoring such an emotionally loaded film, his inspirations and his career as a member of The Drones.

Score It Magazine: Can you tell us a bit about how you met director Ben Young and how you originally became involved scoring Hounds of Love?

Dan Luscombe: I didn’t know Ben before working on the film together. He took a chance on me and I’m very grateful he did.

Can you remember the first time you saw the film? Was is an early version of the film, was there any temp music?

I do recall Ben sending through some early exterior shots. He was gracious and wise enough to keep temp tracks to a minimum! There were one or two places he snuck in some music from Snowtown (2011, Justin Kurzel). Jed [Kurzel]‘s an old mate, so I was perfectly ok with that.

Hounds of Love is one of the most gut-wrenching films we’ve seen this year. You are shaken when you’re through with it. As a professional film musician, when you first saw the film, did you react viscerally, just like any viewer, or did you put on the ‘composer mode’, analysing it and thinking about what kind of music would be best?

No, it took me quite a while to not have a visceral reaction every time I started a new session. I think everybody who worked on the film felt pretty wrung out by the time it reached completion, such was it’s realism and intensity. The moments where I caught myself working quite methodically alongside the pictures were almost just as disturbing! And yes, at some point you must become analytical and figure out what exactly you’re going to do, but I was constantly struck by the cast’s performances and the aesthetic of the footage. Even after working on a given scene for an entire day, I’d take a ten minute break, come back and hit play, and the scene would just come alive again.

Did Ben Young have much influence on your film score or steer you in any particular direction regarding the music?

Ben came from Perth to my studio in Melbourne for a few days, and we worked on many aspects of the film’s score together. He made some very valuable contributions to the score. Often, he encouraged me to strip the music I was making back to its most basic elements. He was unafraid to leave the music in key scenes incredibly stark, and I think the score really benefited from that.

Your minimalist electro-synth score perfectly matches the era the film is set in, i.e. the 80s. It’s also very reminiscent of classic 80s horror/scifi/thriller films such as Assault on Precinct 13 and The Thing. Interestingly, these films are genre movies, their aim clearly is to frighten the audience, with the help of the repetitive and hypnotic music. When using this 80s synth music on a drama like Hounds of Love, we feel like the effect is far more perverse, the monsters are not gang members of a polymorphic alien parasite. They are ‘ordinary people’, monsters hidden in plain sight suburbia. Was this the intended effect?

I love that interpretation of it! And perhaps there is an element of that behind the stylistic choice. But there is a very direct reasoning behind it too. I’m a huge fan of the group Suicide, and Alan Vega and Martin Rev‘s solo work. The song “Frankie Teardrop” from Suicide’s debut eponymous album (1977) was a pivotal point in my musical life. The song is a one-chord, epic and terrifying account of a man pushed to the edge who takes the life of his baby, his wife and himself. Alan Vega’s chilling words and screams are set to Martin Rev’s minimal, pulsating and suffocating synthesised music. This song was played to me for the first time in 1995, and I’d never been as frightened by a piece of music before and haven’t since. And the song describes a domestic situation filled with terror. The kind of situation that could occur behind any given door on any given street. That band and that album were a huge inspiration for the music in this film. Sadly Alan Vega passed away during the time I was making the music for Hounds Of Love. I was fortunate enough to meet him in 2007, and equally fortunate to have the opportunity to pay a subtle tribute to him and Martin Rev while making this score.

Are you the one we need to blame for ruining ‘Nights in White Satin’ by The Moody Blues for us (that we hear in the scene where Vicki understands she’s been tricked by the couple)?  More seriously, the songs we hear throughout the film are amazing, Cat Stevens’ ‘My Lady D’Arbanville’, Joy Division’s ‘Atmosphere’ which provides an intense crescendo towards Vicki’s (and to a certain extent Evelyn’s) liberation. Did you have any input in these musical choices?

Ha! No, you can blame Ben for that. All the songs were his choice.

In certain instances, background noises are brought to the front, exaggerated and heightened (airplane sound, electricity buzzing). What was the intended effect?

Definitely the intended effect. I made sure Ric Curtin, the film’s sound designer, had a lot of space to work within. And he allowed the score to come through very intensely at times.

Your music here is not particularly melodic, it is pretty aggressive on the ear, and just like the voyeuristic camera, it gives us an intense feeling of unease (if we’re thinking about the opening scene for instance, with the schoolgirls playing candidly outside, but the angle of the camera and the slo-mo annihilate all traces of innocence), can you tell us more about that?

Absolutely. It was strange, but every time I tried to work a more discernible melody into the score, or even a chordal shift underneath what was going on in the foreground, it felt like I was trying to employ pathos where it didn’t belong. These characters, their house and the horrifying situation in general seemed to be undeserving of a traditional melody. When a person is walking along the street on a sunny day and all is fine in their world, a sweet melody might accompany such a moment. But in this world, with the exception of The Moody Blues, there is no place for such a thing. It’s just claustrophobia, fear and ugliness, and the atmosphere of the score had to reflect that. Also, sometimes, a melodically-rich score reminds the viewer that they’re watching a movie, and sometimes that isn’t the desired result. For this film it was important to keep you in their world, as difficult a place that is!

The score uses very deep synth layers and hypnotic arpeggiator mixed with strange electronic noises. What is your relationship to electronic music and do you have any major influences?

First and foremost I’m a guitar player, but over the years I’ve become more and more interested in synthesised sounds. The main synths at play are a Telemark Monosynth (made by Analogue Solutions), a Novation Peak, and an OP-1 (made by Teenage Engineering). But there is a lot of heavily-treated guitar in there too. I am as interested in electronic music as I am interested in any other genre. It’s all the same to me. Going back to the group Suicide, I’ve long thought that their first album is one of the greatest blues/rock n’ roll albums in the history of American music, but there isn’t a single electric guitar on it. I think we get a little too pre-occupied with genres. Music made with passion and conviction transcends all that stuff.

Can you tell us more about your musical past? Are you an autodidact or did you have a musical education when you were a child?

My dad played drums and my eldest brother is a professional drummer to this day, so it was always a musical household (or at least rhythmic). I learned how to play guitar by playing along to Jimi Hendrix records and realised quickly that it was a great way to avoid persecution at high school. Since then I’ve played alongside incredible musicians and songwriters here in Australia for the past twenty five years or so, including Paul Kelly, who provided me with my first opportunity to work in film-scoring. He and I did the music for Ray Lawrence‘s Jindabyne in 2006. Working alongside Ray Lawrence was an honour and a wild introduction to the world of film-composition.

Do you draw upon major influence from other film composers in your work?

I wouldn’t say I draw on a film composer any more than any other musician for inspiration. But from the world of film composers I do love Bernard Hermann, Zdenek Liska, Vangelis and Mica Levi, just to name a few.

You played in successful rock band The Drones for quite a few years. What effect do you think this has on your scoring style, if any?

I’ve been a member of The Drones for close to eleven years now. It’s the complete antithesis to film-scoring! Scoring a film usually means a lot of time on one’s own, whereas The Drones toured around the world for years living in each other’s pockets. The Drones are a very intense live act, so I find the contrast of our live performances versus the almost meditative way one can approach film-scoring to be a very agreeable balance.

Can you tell us about any forthcoming projects you might have?

There’s one, but I fear I will jinx it if I put in print!

You can listen to an additional track from Hounds of Love‘s score on the film’s website.

For the Love of Synth: Interview with Ian Hultquist on Silicon Cowboys 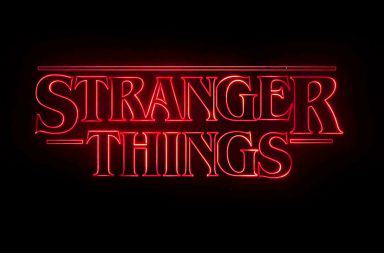 Kyle Dixon and Michael Stein, the Duo Behind the Electro Sound of Stranger Things