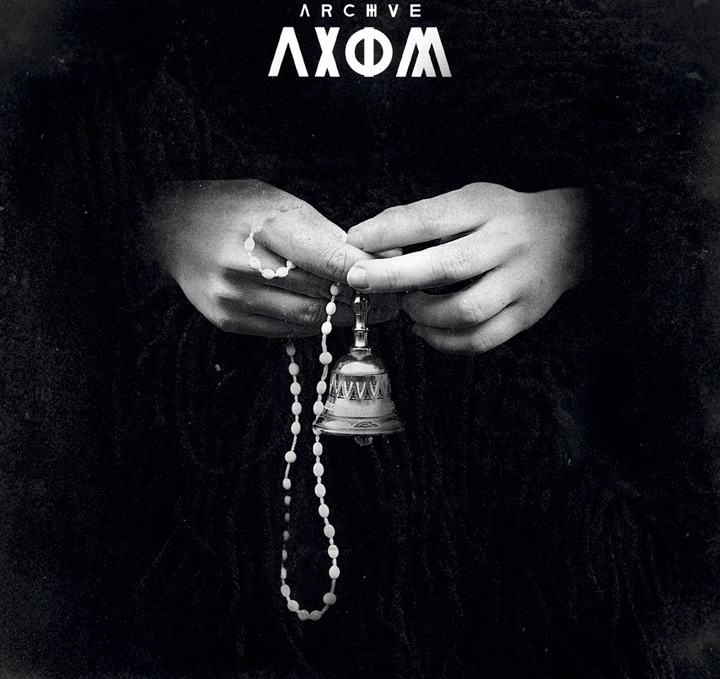 [We recommend that you watch this video in 720P]

Archive is never where you expect them to be. Last Sunday, the South-London collective gave an extraordinary live cinema performance of Axiom – Stories from the City, their latest hybrid production, at Le Grand Rex in Paris for the third edition of the ‘Festival des musiques à l’image.’ Hybrid because Axiom isn’t just a record, it’s also a 40-minute classy yet violent black-and-white film. Although it stands out of Archive’s previous body of work, it totally makes sense.

It’s not Archive’s first incursion in the realm of cinema and soundtracks. In 2002, La Vie en Rose director Olivier Dahan first used Archive’s music for his film La vie promise. The following year, the band scored the very forgettable Michel Vaillant and their songs have since been featured on TV and films an innumerable amount of times. In the past, Archive have already shown their trans-media ability and their taste for mise-en-scène by creating sumptuous videos or inviting symphonic orchestras to play with them on stage. Not to mention the very cinematic and atmospheric aspect of their music with the unusual format of their tracks, like Again or Lights, lasting over 10 minutes, showcasing their originality.

Archive at Rock en Seine in 2011, with a symphonic orchestra on stage

Jesus Hernandez, director of Axiom, explains that working on the film was quite an unusual experience. The band created the music within 10 days and gave the piece to Hernandez who was given total freedom over the film. The only instruction Archive gave him was that he had to create a story and a world from scratch. Although he found the process quite strange ­—being handed the music without any visual— Hernandez said the music was calling for images.

The world he created is in the same dystopian vein as the band’s 2009 albums Controlling Crowds and Controlling Crowds Part IV. In a nutshell, after WWIII, Jack Preacher swam to an island where he established the basis for a new society. All the inhabitants live underground where their daily routine is punctuated by the deadly echo of a huge bell. Some people refuse to live under such a condition, thus purposely decide to become deaf. Such defiance to the authority is bloodily punished and the citizens are discouraged to rebel by the propaganda conducted by Preacher himself on TV, where he intervenes daily in an interview led by a James Lipton lookalike.

The imagery of Axiom looks very familiar. We think of 1984, V for Vandetta, Richard Ayoade’s The Double and even Luc Besson’s Fifth Element for the opening scene. But Axiom’s silent and dull world is exalted by Hernandez’s amazing black-and-white photography. All the diegetic sounds are associated to suffering (Preacher’s propaganda on TV, screams of the tortured man, screams of those becoming distorted angels, and of course, the bell’s echo) and are in total opposition with Archive’s beautiful and powerful score that the characters are never able to hear as it is extra-diegetic. 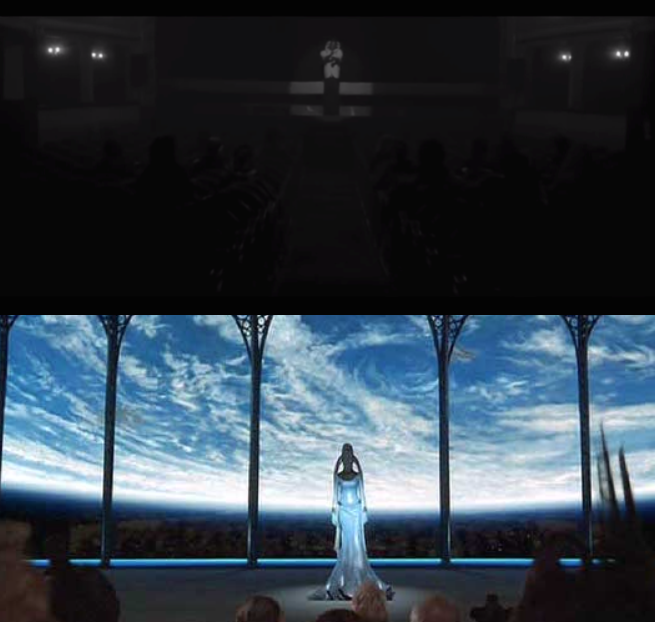 Watching Axiom being performed live during the ‘Festival des musiques à l’image’ was an astonishing and overwhelming experience. An epic, massive, surprising trans-media, trans-genre project, it highlights what a unique, protean and creative band Archive is. Once more. 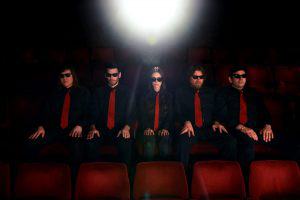