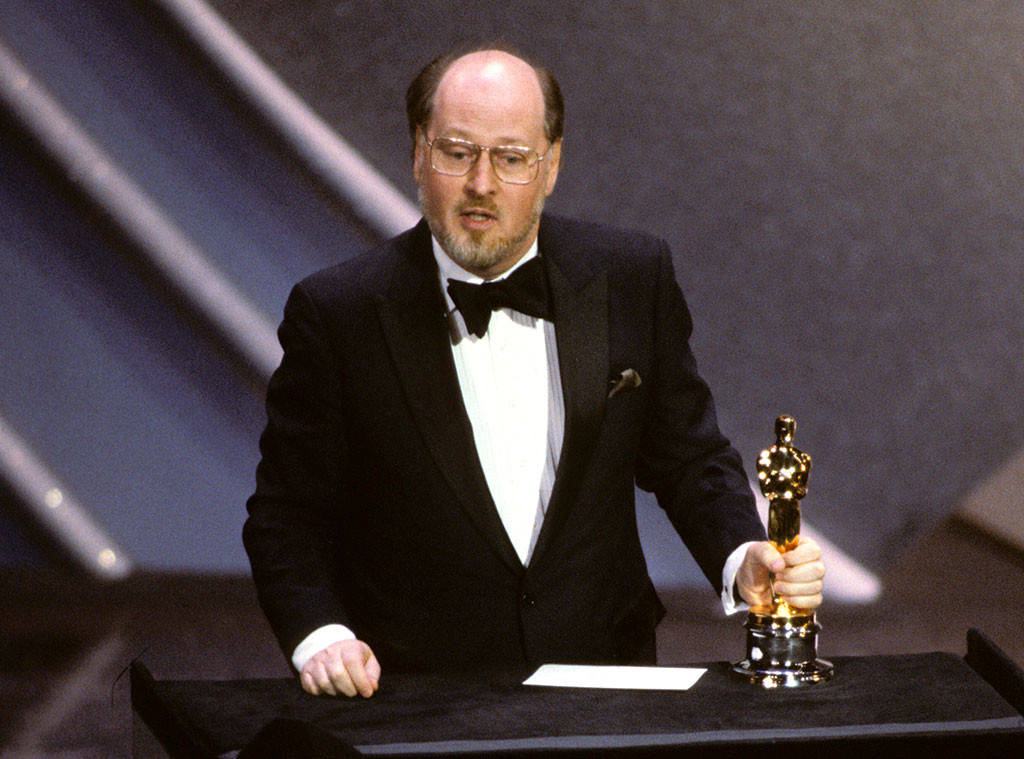 The 90th Academy Awards ceremony will be held on March 4th, 2018, and features five nominees in the Best Original Score category. While the Academy promised more diversity in their nominations after last year’s #OscarsSoWhite and this year’s #MeToo – remember Natalie Portman presenting the “all-male nominees” at the 2018 Golden Globes – it must be acknowledged that despite the noticeable efforts, the Oscar Board still has a long way to go before reaching parity. The truth is, the Best Original Score category offers almost no surprises at first sight with some of the best-known Oscars “regulars”: Hans Zimmer (ten nominations, one win), Alexandre Desplat (nine nominations, one win), John Williams (fifty-one nominations, five wins) and Carter Burwell (two nominations). Jonny Greenwood is the one who creates the surprise with his first-ever Oscar nomination, and anyone who has ever listened to his scores for Paul Thomas Anderson’s There Will Be Blood, The Master and Inherent Vice would agree that it was about time. And despite an all-white, all-male shortlist, these five are currently setting a new standard for the future of film scores.

Ambition. This word alone should summarize this year’s Oscar race for Best Original Score, and although the five composers have nothing left to prove, all of them did bring out the best of what lies beyond their comfort zone. By composing spectacular new material into which he injects a revisiting of some of the unforgettable themes from Star Wars – even including the unexpected ‘Cantina Band’ – 85-year-old film score legend John Williams achieves what might be the most compelling score he has ever written. Its epic orchestrations and its unique use of motifs – among which the repeating and outstanding reuse of familiar cues – put the emphasis on melodies driven by Wagnerian arrangements for strings and horns, all of this in a pure Classical Hollywood style. Rian Johnson’s film actually seems to work as a playground for Williams’s art: besides the remarkable work done by the composer, The Last Jedi’s score is the expression of all the fun Williams had while writing it, as well as its ability to whisper double meanings in some of the scenes can prove, not to mention how large is the part of the amusement generated by the film’s music. After a 60-year career in film and some of the most memorable themes in the history of Hollywood, John Williams has not said everything yet, and although his recent work on Steven Spielberg’s The Post might be one of the most beautifully unexpected works he has done in the last twenty years – after Catch Me If You Can and its unprecedented sax solos, that is – he couldn’t find any language more universal than the music from a Star Wars film to demonstrate that he still is at the top of his game, and rather than a party-crashing honorary nominee, he is a very serious Oscar contender for this year.

Far, far away from the Star Wars’ self-reinventing soundtrack, one of last year’s most surprising film scores was Hans Zimmer’s Dunkirk, which he performed with his two most talented disciples, Lorne Balfe and Benjamin Wallfisch. Christopher Nolan’s World War II motion picture is brought to another level of intensity with this score, so much that Zimmer should actually be credited as a co-director for the film. Zimmer’s fascination for blurring the boundaries of time and space reaches its ultimate peak with Dunkirk, in which music and sound design are merged together. The composer distilled his musical obsessions in all his film scores for Nolan since The Dark Knight; here, he synthesizes them all and cranks it up a notch with the music shaping the film itself and its characters’ destinies. At some point, it is even impossible to distinguish Zimmer’s frantic music from the sound effects. The omnipresence of the music throughout the whole duration of the film is quite a singular and experimental tour de force which gives an all new definition of cinematic rhythm. On the other hand, the soundtrack album – which should definitely be played loud – allows the listener to free himself from the film’s heavy imagery, as the musical experience is as powerful as the film is. Zimmer is one of the masters of electronic music composition and programming, and this overwhelming, dark and aggressive experience is beautifully softened at the end of the album, where Zimmer plays with Edward Elgar’s typically British variation ‘Nimrod’, here deconstructed in a bright and warm string-driven track that reminds of another immersive WWII film scored by Zimmer, Terrence Malick’s The Thin Red Line.

Fresh off Golden Globes win, Alexandre Desplat is going for a ‘grand slam’ after his BAFTA nomination. The Shape of Water marks the first collaboration between Desplat and director Guillermo Del Toro, a singular case in the recent history of the Oscar nominations for Best original Score – the two most recent exceptions being Steven Price’s score for Gravity and Ennio Morricone’s score for The Hateful Eight, both Oscar winners in the end. Desplat’s score draws its force from its multitude of melodies that are as short as they are colorful, with three main themes that mould the whole soundtrack progressively. With this score, the composer actually tries to shape the sound of water with a wonderful flute section, a piano and his own whistle; the movements are light, the rhythm is airy and you actually go with Desplat’s flow though the twenty-track and 55-minute compositions, with some brief – but nonetheless thrilling – action parts talentedly performed, with amusing winks here and there to some of the most famous John Williams’s works. The French composer reached the heart of Del Toro’s cinematic emotions and visual poetry like no composer did before him – except, perhaps, The Devil’s Backbone and Pan’s Labyrinth composer Javier Navarrete – and shows how determined he is today to do nothing but great work.

If Carter Burwell lost the Golden Globe for Best Score to Desplat, his compositions for Martin McDonagh’s Three Billboards Outside Ebbing, Missouri are to listen to carefully. The historical composer for the Coen brothers and Todd Haynes collaborates for the third time with the Irish director for this film, which is also the third contender, after The Shape of Water and Dunkirk, to receive the biggest number of Academy Award nominations this year. It’s enough to make it a serious contender, but there’s so much more than that in Carter Burwell’s score. His Morricone-influenced themes perfectly embrace Frances McDormand’s search for justice and vengeance, and together with McDonagh’s script, Burwell’s score builds a certain idea of America: a land of despair, violence, sadness and contradictions. The score for Three Billboards does not neglect to unveil hints of hope in its darkest compositions, but, much like the film, it is overall a current musical witness of what the myth of America has become, speaking out through notes in the most American music genre.

On the opposite spectrum of Martin McDonagh’s hot-headed characters and Carter Burwell’s shady score is Jonny Greenwood’s fifth solo collaboration with Paul Thomas Anderson – apart from directing three videoclips for Radiohead’s latest album A Moon Shaped Pool, the director had his four latest films scores by Greenwood and he followed the guitarist to Rajasthan when he recorded his 2015 album Junun, coming back from their musical journey with a 55-minute documentary about the recording sessions and the first live performance of the album. Entirely composed while touring with Radiohead, Greenwood’s score for Phantom Thread is without any doubt the most beautiful expression of romanticism achieved in music in a very long time. For more than ten years now, Greenwood proves that he’s not only one of the most talented guitarists in the world, but also an outstanding composer and arranger, and it’s never been so true until today. Phantom Thread is his most impressive score ever, but also the riskiest: for the recording sessions, Greenwood worked with a 60-piece string orchestra, taking advantage of this massive gathering of musicians to bring out sounds that are much more than music. The Phantom Thread soundtrack is pure emotion in a classical way, and just like the character played by Daniel Day Lewis in the film, obsessional dressmaker Reynolds Woodcock, it is the perfect representation of elegance and excellence.

Score It Magazine compiled some of the highlights from this year’s nominated scores. Listen to our 17-track playlist here: